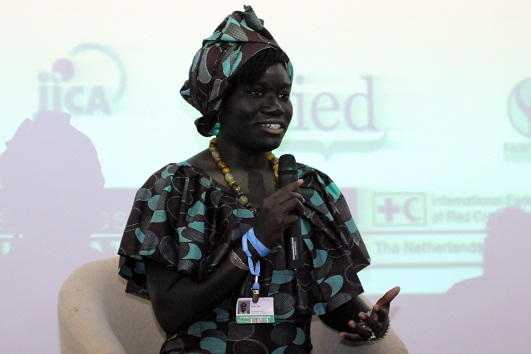 A new agreement between the IFRC and the Japan International Cooperation Agency (JICA) could deliver a major boost to Red Cross Red Crescent efforts on behalf of the most vulnerable.

A memorandum of understanding was signed earlier this month by IFRC Secretary General Bekele Geleta and the president of JICA, Akihiko Tanaka.

It covers emergency relief for the victims of disasters and includes global cooperation on response and adaptation to climate change.

Peace-building and youth- and gender-related activity are also emphasized.

IFRC President Tadateru Konoe, who also heads the Japanese Red Cross Society, said: “The agreement will not only allow both organizations to provide faster aid to people and communities who are in need, but also to improve preparedness for future disasters.”

“JICA’s support enabled us to connect policy-makers, scientists and practitioners for intense dialogue about risk management in a changing climate, with a particular focus on the most vulnerable people,” said Maarten van Aalst, the Centre’s director.

Japan’s overseas aid, chiefly provided by JICA, ranks fifth worldwide and Dr Tanaka used the outpouring of international support for Japan after the earthquake and tsunami last year to argue that its aid budget should be maintained despite huge reconstruction costs.

CGIAR’s Arame Tall speaks before JICA and IFRC emblems at the Development and Climate Days event in Doha that was supported by Japan. (Photo: IISD)