Future risk: how games can improve decision-making in a complex and dangerous world 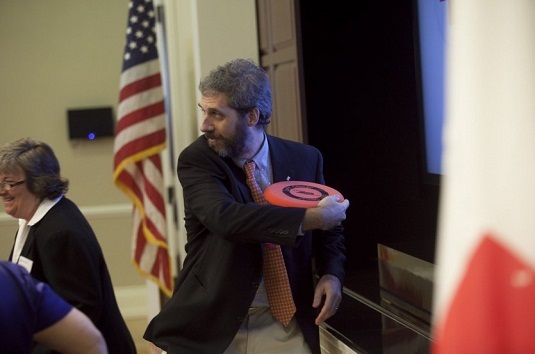 Scientists and philosophers have long speculated on the role of games in human evolution, suggesting they may be an important driver of the development of culture. A set of dice from ancient Sumer, in southern Mesopotamia, dated around 5000 BC may be one of the most oldest known cultural objects – remarkably resembling the six-sided dice we use today.

In the digital age, by one estimate, people worldwide are spending 3 billion hours a week playing online games. But what if more of that time were dedicated to game-play that models ways of approaching the serious problems we confront?

With an emphasis on humanitarian and development work involving climate-risk management, a new report by Climate Centre partners, the Boston University Pardee Center, explores the “potential of participatory, game-based processes for accelerating learning, fostering dialogue, and promoting action” for the future.

The report, entitled Games for a New Climate: Experiencing the Complexity of Future Risks, includes contributions from a specially convened 12-member task force, and was compiled and edited in collaboration with the Red Cross Red Crescent Climate Centre by Pardee research fellow Pablo Suarez, with Janot Mendler de Suarez and Carina Bachofen.

It explores ways games can be used to help farmers, aid workers, scientists, policy-makers and humanitarian donors understand the risks around decision-making in a complex and uncertain future.

Games for a New Climate’s publication follows the recent release by the Climate Centre of a working paper on the “participatory design of educational games”; this examines how engaging humanitarian and development professionals in a participatory game-design generates insights among stakeholders and interactions for better climate-risk management.