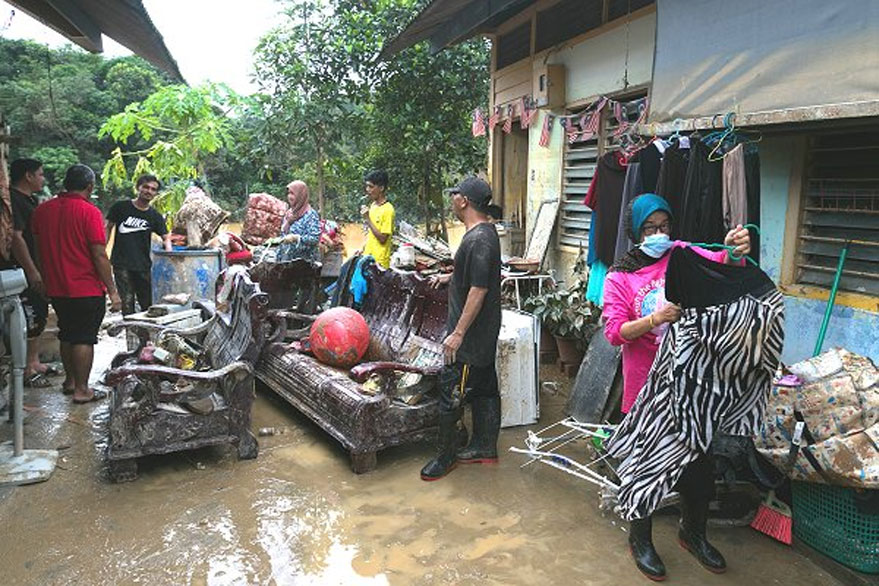 (This story is an IFRC press release issued in Kuala Lumpur on Saturday.)

Rescue and relief efforts have been ramped up as floods submerging large areas of south and eastern Peninsula Malaysia worsen.

Teams from the Malaysian Red Crescent have been rescuing people and providing relief in the worst affected states of Pahang, Johor, Kelantan and Terengganu since the floods began.

Malaysian Red Crescent Honorary Secretary General, Haji Hakim Hamzah, said: “We are very concerned for the safety and well-being of more than 50,000 people who have been evacuated and swamped by these terrible floods in the middle of a worsening Covid-19 pandemic.

“These floods are getting worse by the hour, turning large areas into inland seas.

“We are rushing more teams to the worst-affected areas to complement evacuation efforts, providing hygiene kits and psychological support as well as helping to keep people safe from Covid-19 in areas devastated by the flooding.

“We will also provide cash for people to meet other immediate needs as soon as local stores and markets can reopen.”

Since the flooding first began submerging areas in Johor, Pahang and other areas, Malaysian Red Crescent teams have been working alongside authorities to keep people safe as they evacuate, and ensuring access to essential relief supplies.

‘These floods are getting worse by the hour,
turning large areas into inland seas’

The head of the IFRC Asia Pacific Disaster, Climate and Crisis Unit, Necephor Mghendi, said: “These floods are a double blow for tens of thousands of people already coping with the crippling social, economic and psychological impacts of Covid-19 as cases continue to rise across Malaysia.

“It is critical to keep people safe and provide immediate relief in these devastating floods, while providing support to help people ease the burden of shattered livelihoods.”

The IFRC has released more than US$ 140,000 to provide urgent relief including cash assistance, hygiene kits and psychological support for 5,000 people over the next three months.

Malaysian Red Crescent teams are responding to major floods on the country’s east coast, described by residents (photo) as the worst in half a century. The Singapore Red Cross also sent nearly US$ 40,000 in emergency humanitarian cash for the latest flood emergency to hit Asia. (Photo: @Fadzalshak via IFRC)