Health, WASH and climate impacts: A new brief from the IFRC 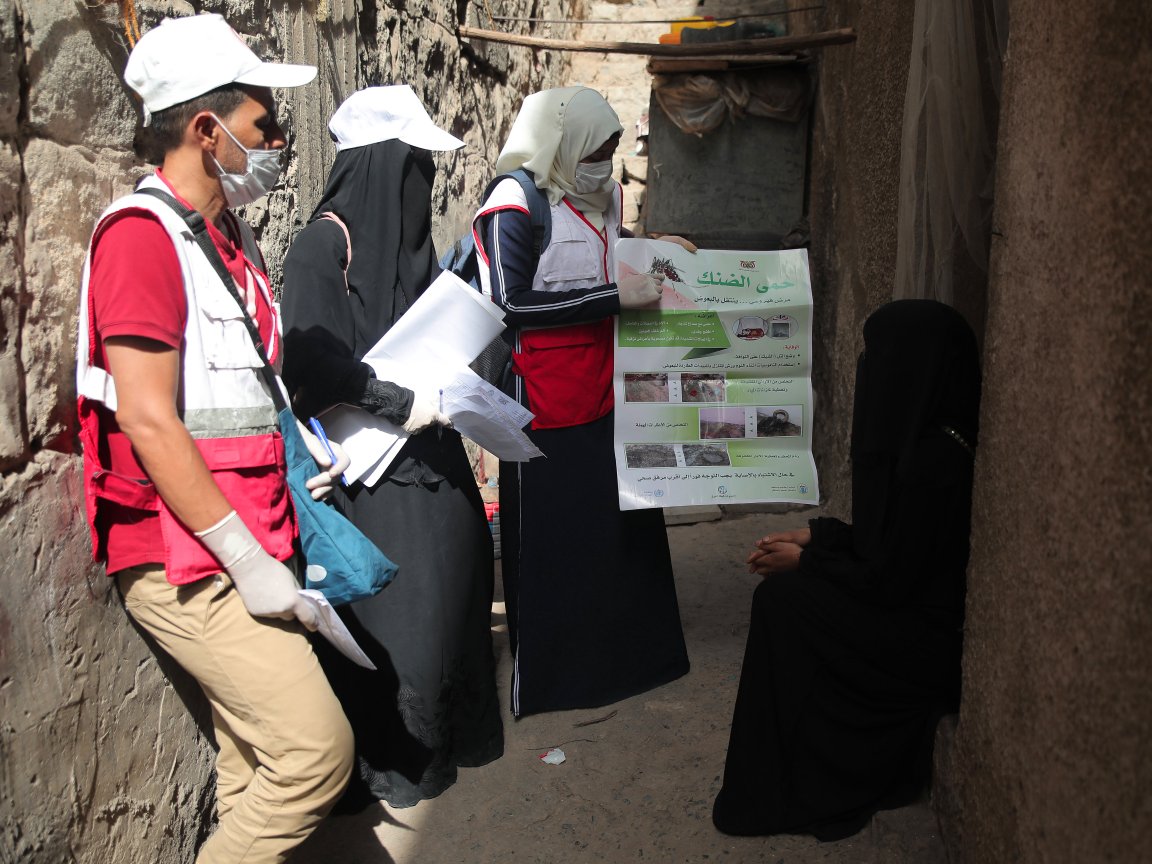 A new brief published by the IFRC and Climate Centre today details the adverse impacts of climate change on human health and provides more detail on the second of four pillars of action in the Red Cross Red Crescent Movement ambitions on climate.

In the former category, without increased adaptation 1.3 billion people dependent on deteriorating agricultural land are at risk of food insecurity or losing their livelihoods altogether given shifting seasonal patterns and extremes of temperature and precipitation.

With vector-borne disease such as malaria and dengue fever already accounting for up to one sixth of illness and disability around the world, “[i]mpacts are escalating faster than anticipated and are already being felt across the world, with climate-vulnerable communities hit the hardest,” according to Reducing the health and water, sanitation and hygiene (WASH) impacts of climate change.

Thirdly, the number of people lacking sufficient water at least one month per year is projected to increase from 3.6 billion today to more than 5 billion by 2050; adaptation, including measures to adapt to increased water scarcity, is critical in the fight to reduce the impacts of climate change.

The frequency and intensity of lethal heatwaves is expected to rise further in most regions, being most acutely felt in cities, where the urban heat-island effect exacerbates extreme temperatures.

In the second category of indirect impacts, poor air-quality can be linked to climate impacts such as wildfires, and climate risks disproportionately affect countries where there are armed conflicts, while competition for scarce natural resources and new displacement patterns can generate intercommunal conflict and aggravate already-existing vulnerabilities.

Extreme-weather events associated with climate can impair the mental health and psychological well-being of communities, and there is increasing evidence of people experiencing anxiety associated with their perception of climate change.

There are also multiple climate-related drivers affecting sexual and reproductive health, including trafficking and domestic violence faced by women and girls after disasters, longer walks to gather water and firewood, an increase in sexually transmitted disease, and maternal mortality and mental health issues associated with displacement and migration.

Lastly, the brief says, the Covid pandemic “is increasing the needs of people suffering from climate-related disasters, compounding the vulnerabilities they face and hampering their recovery.”

The IFRC says the focus of Red Cross Red Crescent work in climate-related health and WASH includes health literacy and action across sectors to promote healthy behaviours, staff and volunteers acquiring relevant new skills for their local contexts, and persuading decision-makers and opinion leaders to act at all times in the interests of vulnerable people.

The IFRC’s targets for success by 2025 are for 75 National Societies to have a climate and health plan of action; 60 to plan to address the priorities it identifies and engage with governments on adaptation; and for 250 million people to be covered by new or improved early warning early action for climate impacts.

A Red Crescent awareness campaign for dengue fever in Yemen last year. The IFRC in December 2019 appealed for just over US$ 300,000 to combat a dengue upsurge in the country described as “much worse” than the year before. (Photo: Yemen Red Crescent via IFRC)