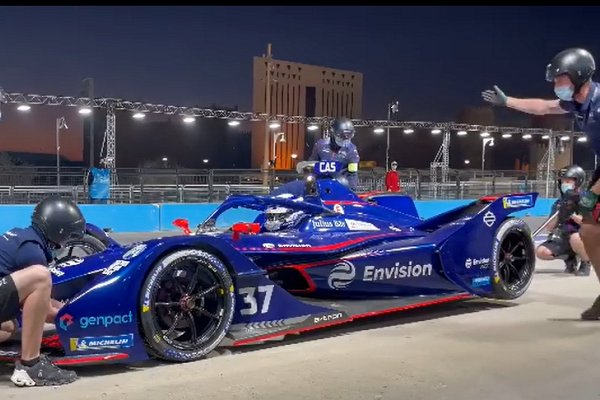 The UK COP 26 presidency said Friday it had been “heartened by participants’ show of unity to address the collective challenges caused by climate change,” at last week’s Climate and Development Ministerial meeting, hosted online by the British government, also speaking of their “fervour to seize this once in a generation chance to deliver a global green and resilient recovery from Covid-19.”

All participants had welcomed the opportunity to address issues related to climate and development “in the round”, said a chair’s summary released Friday, the day after the ministerial, together with a new pathway document charting international engagements on climate leading up to the COP meeting itself in Glasgow in November.

The pathway sets out the key focuses of the 12 scheduled international meetings between now and the COP from among four policy workstreams: climate finance – both access to it and its “quantity, quality and composition”, climate impacts, and fiscal space and debt; these were also at the centre of discussions at last week’s ministerial.

Climate Centre Director Maarten van Aalst, who attended the ministerial, said today: “Ministers from many countries have identified essential priorities and a clear road map – now we need to see continued progress on all the key workstreams through the year.

“As a humanitarian organization focused on the most vulnerable, we are particularly happy that addressing current climate impacts while building long-term resilience is an integral component of the climate agenda.”

In February the Climate Centre hosted the first of four expert workshops, on climate impacts, in support of the ministerial – organized with the European E3G think tank, the International Institute for Environment and Development, and the World Resources Institute.

“Participants recognised that whilst the amount of climate finance was increasing, there were barriers to accessing the finance needed to support the delivery of climate action and sustainable development,” the chair’s summary said.

Challenges included lengthy application and reporting procedures for bilateral and multilateral finance; political will was required to simplify approaches.

The UK said it would work with Fiji and other interested countries to initiate a new task force on access to finance, with a view to presenting a concept note by the Petersberg Climate Dialogue next month.

On climate impacts, participants “identified improvements in disaster risk reduction, response, and support to improve the resilience of infrastructure and critical services as crucial [and] highlighted the importance of improved access to affordable disaster-risk finance to protect against residual risks.”

Whilst there was a recognition that all forms of climate finance had a role, the urgency was stressed of developed countries delivering on their commitment to jointly mobilize at least US$ 100 billion by 2020.

Pledges on finance and “enabling a green, resilient and inclusive future” are on the agenda at the next three meetings on the pathway: this week’s spring meetings of the World Bank Group, the US climate summit, and Petersberg Climate Dialogue.

On the last of the four workstreams, participants also recognized that fiscal pressures have been exacerbated by the Covid pandemic, affecting countries’ ability to pursue development priorities, including “the increasingly urgent and evident issues of climate change and biodiversity loss”.

Italy, as G20 president, flagged the meeting of finance ministers and central bank governors due in Venice in July as a key event for discussing financial issues centred on debt.