Mozambique: The time to prepare for the next cyclone is now 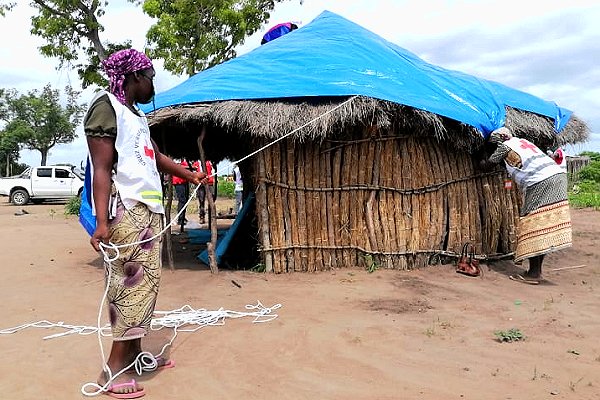 (This article appeared first on Tuesday on the Africa Portal website.)

The aftermath of Cyclone Eloise, which hit Mozambique on 23 January, was not as severe as that of the 2019 Cyclone Idai, but it still wrought significant devastation: nearly 30,000 houses have been damaged or destroyed, and over 20 000 people have been displaced and are currently in temporary accommodation centres; 242,000 hectares of crops have been destroyed by torrential downpours.

Were it not for the fortuitous fact that the cyclone lost strength as it progressed, and the rapid response from those on the ground, the damage to Mozambicans could have been much greater.

Thanks to the collaborative efforts of the National Institute for the Management of Disasters and aid organizations, many lives were saved due to the relocation of thousands of families in the path of cyclone ahead of its landfall, as well as the swift response, including by Red Cross teams who rescued over 3,000 people from flooded areas.

That said, the impact of Cyclone Eloise could have been mitigated even further if a few measures were in place. I will explain this.

Aid organizations have done their best
to support families, but the scale of need
has often been simply overwhelming

When the Red Cross and Red Crescent Movement responds to crises such as cyclones, and supports communities to recover, we emphasize helping communities to build back better and strengthen their resilience to future shocks. This has been done in the aftermath of previous cyclones, including Idai.

However, while many families in Mozambique were able to rebuild their houses with stronger materials after they were destroyed or damaged by previous cyclones, many others were not able to build back better — they just “built back”, in a way that could not withstand strong winds and rain.

Aid organizations have done their best to support affected families, but the scale of need has often been simply overwhelming.

As the recovery phase begins, it is crucial that the homes that are reconstructed are flood- and wind-resistant. This needs a lot of investment.

To save costs, “owner-driven, community-led approaches” should be encouraged as opposed to top-down, one-size-fits-all systems of reproducing identical houses for each family.

Having affected families in the driver’s seat will also ensure that the reconstructed houses are tailored to their specific needs.

Over the years, community members have learned first-hand the exact impact of cyclones. They understand the meaning of watching torrential rain wash away their loved ones and their property. They are convinced that more needs to be done to boost preparedness. They know what to do. They simply need to be heard and supported more efficiently.

There is a need to invest further
in preparedness mechanisms,
including those being tried now

In addition, when those responding are from within, community members are more amenable to their advice, including early warning messages.

The impact of climate-related disasters can be minimized. We call on governments, regional intergovernmental bodies and our partners to strengthen their investments in disaster risk reduction.

At least 5 to 10 per cent of national budgets should be allocated to disaster risk reduction and climate adaptation. There is a need to invest further in existing preparedness mechanisms, including the ones that are being tried now.

One example is Red Cross forecast-based action, which is a new form of readiness and preparedness funding mechanism.

It is governed by early action protocols consisting of a preparedness phase with the strategic prepositioning of materials that are tailored to reduce the impact of disasters, and a readiness phase consisting of a tranche of funding that is disbursed up to 72 hours prior to an impending disaster when a cyclone reaches a “trigger” level.

In doing so, it allows humanitarian actors who are on high alert to kick into action before the event takes place thereby reducing the impact of the disaster on at-risk communities.

The time to prepare for the next cyclone is now. Today, more than ever, we must empower communities to take active steps to strengthen their preparedness for a timely and effective response.

With the support of regional bodies such as the African Union and the Southern African Development Community, disaster risk reduction and resilience approaches need to be integrated into relevant national laws and policies.