Opinion: Climate action a ‘two-horse race’ as CAS 2021 gets underway 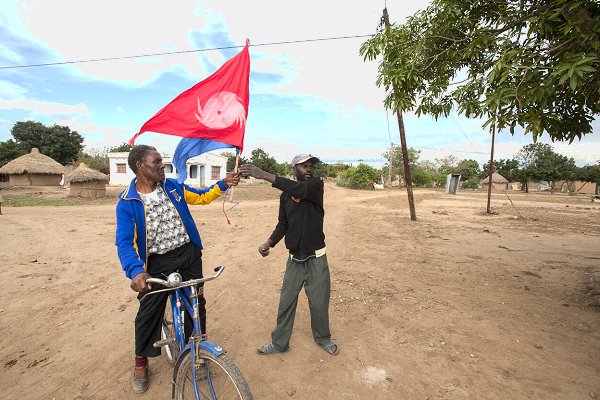 The global summit on climate adaptation (CAS 2021), hosted by the Netherlands, that is getting underway today will, of course, take place against an encouraging backdrop for climate action.

Over the weekend, the British government – hosts of the next COP meeting in Glasgow, Scotland – “warmly welcomed” President Biden’s decision to rejoin the 2015 Paris Agreement.

Prime Minister Boris Johnson had said that – of the list of issues he would address with the new administration in Washington, DC – “above all” he wanted to tackle climate change.

Too often, however, such ambitions are exclusively framed around the reduction of greenhouse gas emissions (GHG) – an essential priority indeed.

But as we saw in the IFRC’s World Disasters Report 2020, we are already facing the impacts of a changing climate. And the harsh reminders keep coming in, including Cyclone Eloise that has just come ashore close to the Mozambique city of Beira, which bore the brunt of Cyclone Idai less than two years ago.

So it is very clear that our challenge now – whatever happens with, or is pledged on, mitigation – is to generate and sustain similar global momentum on adaptation; we’re stuck with major climate impacts, even under the most optimistic scenarios on GHG.

Just over two years ago the IFRC highlighted the humanitarian conclusions of the critical IPCC report on the predicted impacts of both a 1.5°C – the less ambitious Paris goal – and a 2.0°C rise in the global temperature by the end of the century.

“Every extra bit of warming matters, especially since warming of 1.5°C or higher increases the risk associated with long-lasting or irreversible changes,” Hans-Otto Portner, Co-Chair of Working Group II covering adaptation, said at the time.

The world first crossed the 1.0°C threshold in 2015, and even limiting warning to 1.5°C would still require “rapid, far-reaching and unprecedented changes in all aspects of society,” the IPCC special report said; similarly ambitious steps will be needed to adapt to the changes already coming our way.

Think of it as horse race, with a bet on a combination first and second finish in any order: the mitigation horse received additional energy with the newly invigorated hopes for the Paris Agreement; this week we’ll see what the adaptation rider may have in reserve.

Indeed CAS 2021 will see the formal launch of a ‘Race to Resilience’, a platform for collective action on adaptation, alongside the 2019 ‘Race to Zero’, both originated by the UN Climate Champions. And we should always remember that Paris itself includes important goals on adaptation and climate finance.

Critically, CAS 2021 not only generates high-level visibility for adaptation as a theme but features a set of key actions; not by coincidence, many of them directly relevant to the humanitarian sector, such as disaster risk, water, resilient cities, and locally led adaptation, to name but four.

Our Secretary General Jagan Chapagain, in a foreword to the first World Disasters Report to be entirely devoted to climate, said last year that “[c]limate- and weather-related disasters are causing massive humanitarian impacts across the world, directly affecting 1.7 billion people in the past decade alone.”

While this would get worse “as the number, intensity and variability of extreme events increases,” reconstruction of our lives and economies after Covid-19 offered “an opportunity to build a better future [of] inclusive development and sustained climate action…”.

Indeed the current leg of the climate race unfolds at a time when we are coming to grips with a global pandemic, and how we recover will determine whether we reach many other goals or not.

The Secretary General is setting out the IFRC’s objectives at the CAS 2021 anchoring event on disaster risk management – focused particularly on early warning early action and the REAP commitments.

He will also speak at the event on locally led adaptation, highlighting not only the importance of reaching the most vulnerable but also the amazing capacity for risk management that can be unlocked in those communities when they’re allowed to be part of the solution.

Other Red Cross Red Crescent engagement includes a presentation by the French Red Cross on the “mental health and psychosocial support…related to climate change”, and a new photogallery on work undertaken by the Partners for Resilience – displaying the realities on the ground, the challenges we face, and the solutions we see.

So as the US returns to the Paris fold and our “race” speeds up ahead of Glasgow, our humanitarian voice is more critical than ever in shaping global ambition and enabling local action, especially in the most vulnerable places.

Villagers in Chiguidela, Mozambique, use flags and whistles to warn residents of abrupt weather changes that may cause floods, a photo among those adopted by CAS 2021. Early warning early action is the focus of the disaster-risk anchoring event at this week’s summit, hosted by the Netherlands government (Library photo: Bas Jongerius/Beeldunie via CAS 2021)