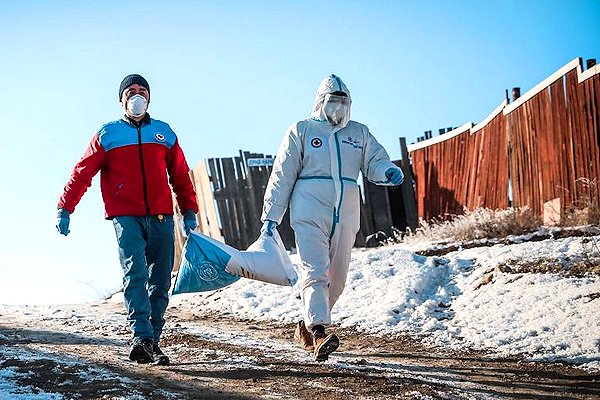 (This story is an IFRC press release issued in Geneva today.)

The IFRC today announced a major expansion of one of the world’s only means of channelling international funds directly to front-line disaster responders.

The announcement of plans to at least double the size of the IFRC’s Disaster Relief Emergency Fund (DREF) comes as governments and experts gather virtually for the 2021 Climate Adaptation Summit, hosted by the Netherlands.

“In the past three decades, the average number of climate and weather-related disasters has increased nearly 35 per cent. Over the past decade alone, 83 per cent of all disasters were caused by extreme weather and climate-related events that killed 410,000 people and affected 1.7 billion.

“It is unrealistic and irresponsible to expect that the needs created by these events have been or will be met by international actors. Instead, we need to do better job of supporting the efforts of local responders, including National Red Cross and Red Crescent Societies.

“This is one of the strengths of DREF. Its funds go directly to local Red Cross and Red Crescent responders who are already on the ground and supporting people affected by a disaster,” said Chapagain.

‘We are committed to changing how we respond
to disasters. But we need the support
of governments and donors’

The DREF has supported more than 200 million people since its inception. In recent years, an average of about 30 million Swiss francs has been channelled through the DREF on an annual basis.

The IFRC plans to work with donors to double this in 2021, with a view to growing the fund to an estimated 100 million Swiss francs per year by 2025.

In addition to growing DREF, IFRC is also moving forward with expanding its scope by supporting local Red Cross and Red Crescent efforts to anticipate disasters and mitigate their impact.

Under this methodology, humanitarian funding is released for pre-agreed early actions based on forecast and risk data to reduce the impact of severe weather events on vulnerable populations.

This approach – known as forecast-based action – was used six times in 2020 to protect and support at-risk communities including in Bangladesh, Ecuador, Mongolia and Mozambique, for instance through early evacuation or efforts to reinforce houses.

IFRC’s Jagan Chapagain said: “It’s not just about how much money is directed to local actors, it’s also about how and when that money is used.

“For years, we have warned that the world’s reactive approach to disaster management was inadequate. We are committed to changing how we respond to disasters. But to do so effectively, we need the support of governments and donors.”

For over three decades, the DREF has been the quickest, most efficient, and most transparent mechanism for donors to channel global funding directly to local humanitarian actors.

National Societies worldwide are embedded within the very communities they serve, and therefore uniquely placed to provide urgent assistance tailored to people’s needs, save lives, and support longer term recovery.

The Mongolian Red Cross has this month been distributing much-needed relief ahead of the coming dzud with the help of a forecast-based action grant from the IFRC’s emergency fund of just over US$ 300,000. This will assist 2,000 herder families in keeping their animals alive during the worst of the winter. (Photo: MRCS via IFRC)