Climate scientists on the ‘tricks of the trade’ for attribution studies 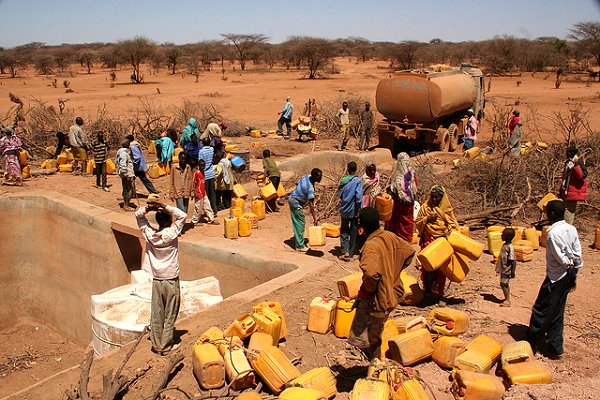 An international group of scientists have detailed the process by which they have been able to generate “numerical results actionable by stakeholders” in studies of the effect of global warming on extreme-weather events: the rapidly expanding field of climate attribution.

It describes an eight-stage protocol WWA has developed over the past four years in more than 20 rapid and longer-form attribution studies “covering warm, cold, wet, dry, and stormy extremes” – many of them within a few weeks of the event.

“In doing these analyses, it has become apparent that the attribution itself is only one step of an extended process that leads from the observation of an extreme event to a successfully communicated attribution statement,” often triggering global media coverage, say the scientists, based at the Royal Netherlands Meteorological Institute, Oxford and Melbourne universities, the Laboratoire des Sciences du Climat et de l’Environnement, the UK Met Office, and the Climate Centre.

Attribution studies, the group explain in their new paper, begin with a simple go/no-go decision partly based on feasibility and end with an accessible press release; including, in order, event definition, observed probability, model evaluation, “multi-model multi-method attribution”, hazard synthesis, and an examination of human vulnerability and exposure.

The context of how an extreme-weather event becomes a disaster due to the exposure and vulnerability of people and their assets, they say, is a pivotal complement to the climate analysis. It is essential for event definition and key to understanding how risk is shaped both by a potential climate trend and other factors such as people in vulnerable locations.

The group note that their field is growing fast with some research teams carrying out attribution studies in near real-time; the US National Academies of Sciences, Engineering, and Medicine, for example, published a 2016 study of this branch of science itself, Attribution of Extreme Weather Events in the Context of Climate Change.

Arguing that a “protocol on the design and framework for operational analyses is needed such that [they’re] comparable,” the WWA group say they hope their study will be useful in designing future studies and as a starting point for “operational attribution service”; this is when insight into how risk has changed becomes simply a service provided by national meteorological services, possibly featuring in routine news and weather bulletins.

Broadly speaking, the WWA group add, there are two ways of answering the question, Was this episode influenced by climate change? One is based on the simple probability that the particular class of event “at least as extreme as the current one” has changed; the second is what they call a narrative “storyline approach” that evaluates the influence of climate change on the various processes around global warming that lead to the specific event.

Citing other work that says neither is wholly right or wrong, they say they have adopted probability framing in their study “for standardizing attribution analyses” and, again, to enable them to be more easily operationalized.

In the end, they add, one of four statements about an extreme event must be true. Firstly, it was made more likely due to anthropogenic climate change, such as the extreme precipitation in southern Louisiana in August 2017; it was made less likely, such as the 2013 winter cold wave in Peru; or a firm statement that neither was the case, such as the Ethiopian drought of 2015 (photo).

Fourthly, the don’t-know outcome, when, “[w]ith our current understanding and tools we cannot assess whether and how the event was influenced by anthropogenic climate change.”

The WWA scientists stress the importance of maintaining “a consistent level of effort to communicate the results, otherwise there is a risk of creating a positive communication bias, as in much scientific literature.

This is a very important study that could indeed help standardize the analysis of extreme weather, especially those that have severe humanitarian consequences, very useful in a rapidly growing field in which levels of rigour do vary, writes Climate Centre Director Maarten van Aalst, a WWA member.

It allows us to provide answers to the very common question, Is this recent disaster due to climate change?

But I’d be the first to acknowledge that we face a challenge in lower-income countries where quality of data and observations varies considerably, angling the scientific spotlight toward the developed world that’s by no means where the worst impacts of climate chance may be felt.

Where we see a clear trend in climate hazards, we can act upon it. But it’s important to note that we are drawing a careful distinction between evidence of absence – the third of the four potential outcomes of an attribution study – and absence of evidence, the fourth.

Given the global trends, we should be still be prepared for rising risks, and perhaps most especially rising uncertainties.

I would stress that this study highlights the critical confluence of risk factors: trends in climate and trends in vulnerability and exposure; vulnerability is often the aspect we can address right now, even in the face of the rising probability of extreme-weather events.

Ethiopians queue to fill their jerrycans at a depleted water point in 2015 – one event which scientists did not attribute to climate change, finding that El Niño that year intensified the already relatively rare event. (Photo: CDKN)