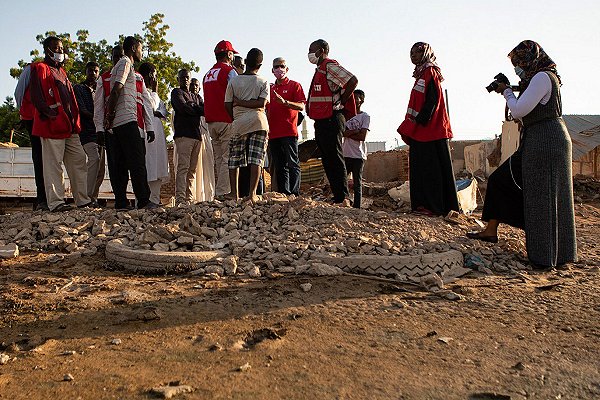 Extreme-weather events have increased dramatically and now dominate the disaster landscape in the 21st century, according to a UN report released to coincide with International Day for Disaster Risk Reduction today.

There were 7,348 “major recorded disaster events” in the two decades to last year that took 1.23 million lives, affected more than 4 billion people, many of them more than once, and caused nearly US$ 3 trillion in losses worldwide – a sharp increase over the previous 20 years.

‘The odds are stacked against us
when we fail to act on science and
early warnings to invest in prevention,
adaptation and risk reduction’

There has also been a rise in seismic events, mainly earthquakes and tsunamis, which have also killed more people than any of the other natural hazards examined in the report, which uses data from Emergency Events Database at Belgium’s University of Louvain.

“More lives are being saved but more people are being affected by the expanding climate emergency. Disaster risk is becoming systemic with one event overlapping and influencing another in ways that are testing our resilience to the limit.

“The odds are being stacked against us when we fail to act on science and early warnings to invest in prevention, climate change adaptation and disaster risk reduction.

Ms Mizutori described the report as a reminder to states of their commitment to strengthen governance of disaster risk and have strategies for disaster risk reduction in place by 2020 under the Sendai Framework; so far 93 countries had met this goal.

Also marking International Day for DRR, the IFRC’s African Climate Fellowship Programme today issued a video presentation of a set of proverbs highlighting traditional wisdom about climate and the environment.

The IFRC’s own 2020 World Disasters Report centres on the humanitarian impacts of climate change and will be published later this year.

Welcoming the UN report today, Climate Centre Director Maarten van Aalst said: “Reducing risk is critical and requires leadership from all of us, on many fronts.

“The UN is absolutely right to draw attention to the sheer variety of agencies now all fighting essentially the same ‘uphill battle’, from fire services in California through to Red Crescent volunteers in the Horn of Africa.

“That common thread, of course, is climate change, clearly shown by science to be increasing the risk and the impact of disasters, and here are the numbers to drive the point home.”

In total over the past two decades there were 3,068 disaster events in Asia, followed by 1,756 in the Americas and 1,192 in Africa; eight of the top ten countries experiencing disasters are in Asia.

The top five in descending order are China, the US, India, the Philippines and Indonesia, all with “large and heterogenous landmasses and relatively high population densities in at-risk areas,” a UN press release said.

The most lethal single event was the 2004 Indian Ocean tsunami followed by the 2010 earthquake that struck Haiti in the middle of the night, killing an estimated 222,000 people and leaving millions homeless.

An analysis last month by the IFRC and the Climate Centre, meanwhile, showed that more than 50 million people worldwide have been affected by a combination of floods, droughts or storms and Covid-19.

It found the pandemic was increasing the needs of people suffering from climate-related disasters, compounding the vulnerabilities they face and hampering their recovery.

As the UN report was published today IFRC Secretary General Jagan Chapagain (at centre, facing camera) was on mission to Sudan, where floods have created a major emergency and what he described as “immense needs”. After meeting Sudanese Red Crescent Society Secretary General Afaf Ahmed Yahya, he said the National Society was “delivering critical assistance to flood-affected communities with support from the IFRC,” which last month launched an emergency appeal for 12 million Swiss francs after a cash allocation of nearly half a million CHF. (Photo: SRCS via IFRC)