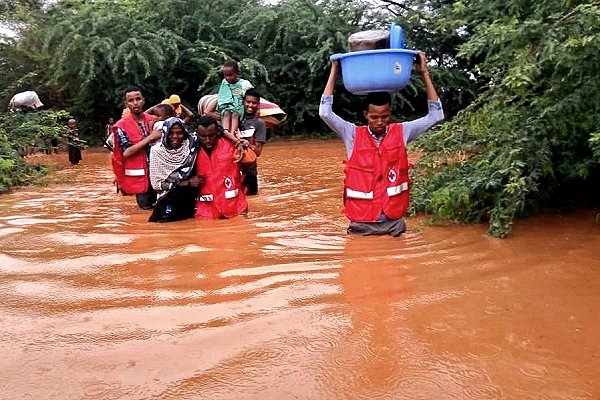 At last week’s 6th International Climate Adaptation Conference, the Green Climate Fund (GCF) and the IFRC (Climate Centre) jointly hosted a virtual session on climate information and early warning that highlighted the importance of investment in “the value chain that leads from climate information to early action to reach the most at-risk,” organizers said.

The two organizations “have actually been at the forefront of trying to strengthen countries’ early warning systems, and critically making sure that warning information is used for effective decision-making,” said Anand Patwardhan, chair of the conference’s Science Committee, in opening remarks.

Two participants from Kenya with relevant first-hand experience detailed how the SHEAR-ForPAc project is working to improve forecasts for floods and droughts so decision-makers can take early action to reduce impacts.

“Kenya and the wider East Africa region hold great potential to use forecasting for climate predictability,” said Emma Mwangi from the Kenya Red Cross Society, where she leads on research on forecast-based financing (FbF).

Mwangi stressed that “an enabling policy-environment involving stakeholders in production, advocacy and capacity building” is crucial to climate information and early-warning initiatives.

‘The bridge of science, policy and practice
where the greatest progress can happen’

Benard Chanzu, the veteran Director of Reporting Services at the Kenya Meteorological Department, said met offices worldwide tended to be under-resourced, and he welcomed the collaboration his department had received from the Kenya Red Cross.

“What I could advise is that meteorological services should really partner with such [humanitarian] organizations so…the development of their services is complemented” alongside traditional government funding; such partnerships would help met services provide information that was actionable.

Other national speakers who detailed how climate information bore on risk reduction in the field included Ulric Trotz, Deputy Director and Science Advisor at the Caribbean Community Climate Change Center, and Juliao dos Reis, National Designated Authority in the State Secretariat for the Environment in Timor-Leste.

Kosi Latu, its Director-General, spoke on behalf of the Secretariat of the Pacific Regional Environment Programme, while Ben Webster represented the the Risk Informed Early Action Partnership.

Summing up, Climate Centre Director Maarten van Aalst said “the complementary role of investment in impact-based forecasting and early-warning systems with other methodologies like forecast-based financing, where there is an automatic release of finance for the early action, is a very exciting development”.

The Green Climate Fund, he added, was “coming to the fore” on this overall agenda on a big scale, and the collaboration involved had been on full display at the Adaptation Futures webinar.

“This is an issue that affects richer and poorer countries around the world that are already facing a dire need for bigger investment in this,” he added, “and the Green Climate Fund is there to work with this wide range of partners to get it right.

“This also brings us back to the beautiful bridge of science, policy and practice where the greatest progress can happen.”

Joseph Intsiful, GCF Senior Climate Information and Early Warning Systems Specialist, concluded: “We need to address all the elements of the value chain, and in the context of [forecast-based financing] this is one of the best ways to reach the most vulnerable – FbF blended with climate information and [early warning systems] to ensure that the last mile is reached.”

Scores of people died and many thousands more were seriously affected when Kenya was hit by floods and mudslides last November, described locally at their epicentre, West Pokot, as the worst disaster of its kind in living memory. Collaboration between meteorologists and humanitarians in the country may now be making both floods and droughts more predictable, and action to reduce their impacts more feasible. (Library photo: KRCS via IFRC)