US scientists: Last month in the Northern Hemisphere the hottest ever recorded, Arctic sea ice the lowest 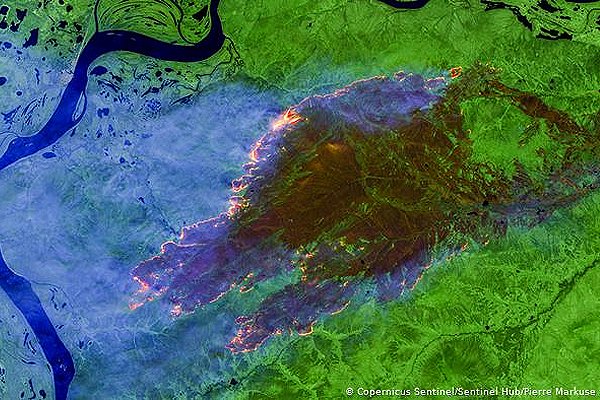 July 2020 was the hottest month ever recorded in the Northern Hemisphere, breaking the previous record set in July last year, US scientists said last Wednesday.

Last month also equalled July 2016 as the second-hottest on record worldwide, according to the new monthly global climate report from the US National Oceanic and Atmospheric Administration.

The average temperature for the Northern Hemisphere was an “unprecedented” 1.18°C above a 20th-century average, and the global temperature 0.92°C above it.

“Record-hot July temperatures spread across parts of south-east Asia, northern South America, North America, as well as across the western and northern Pacific Ocean, northern Indian Ocean and parts of the Caribbean Sea,” according to NOAA’s National Centers for Environmental Information.

NCEI added that it was “the hottest [year to date] on record across a large portion of northern Asia, parts of Europe, China, Mexico, northern South America as well as the Atlantic, northern Indian and Pacific oceans.”

A new NOAA world map displaying “some of the most significant weather and climate events that occurred during July 2020” includes the lowest level of Arctic sea-ice since satellite records began in 1979 – just over 23 per cent below the 1981–2010 average.

‘As a primary driver for our changing climate,
the abundance of long-lived greenhouse gases
continues to increase’

Another US-based report published the same day and lead-edited by NCEI, meanwhile, says each of the four decades since 1980 has been warmer than the one before, with 2010–19 being about 0.2°C warmer than 2000–09.

The years 2014–19 were the six warmest since global records began in the mid-to-late 19th century, according to the State of the Climate in 2019 released online by the American Meteorological Society, and this contributed to the warmest decade on record at between 0.32° and 0.39°C above the 1981–2010 mean.

“Many climate events in Africa, Asia, and Australia were influenced by the strong positive Indian Ocean dipole,” an introduction to the AMS report says, “while the weak-to-neutral prolonged El Niño–Southern Oscillation conditions during 2019 appeared to have only limited impacts.

“As a primary driver for our changing climate, the abundance of many long-lived greenhouse gases continues to increase.”

A dry grass fire in Siberia, about 75 kilometres wide, seen from a European satellite. The new State of the Climate in 2019 report says fire activity last summer in Siberia “was both strong and farther north than usual”, while World Weather Attribution scientists last month concluded that the remarkable 2020 Siberian heatwave would have been all-but impossible without climate change. (Photo: European Commission-Copernicus)