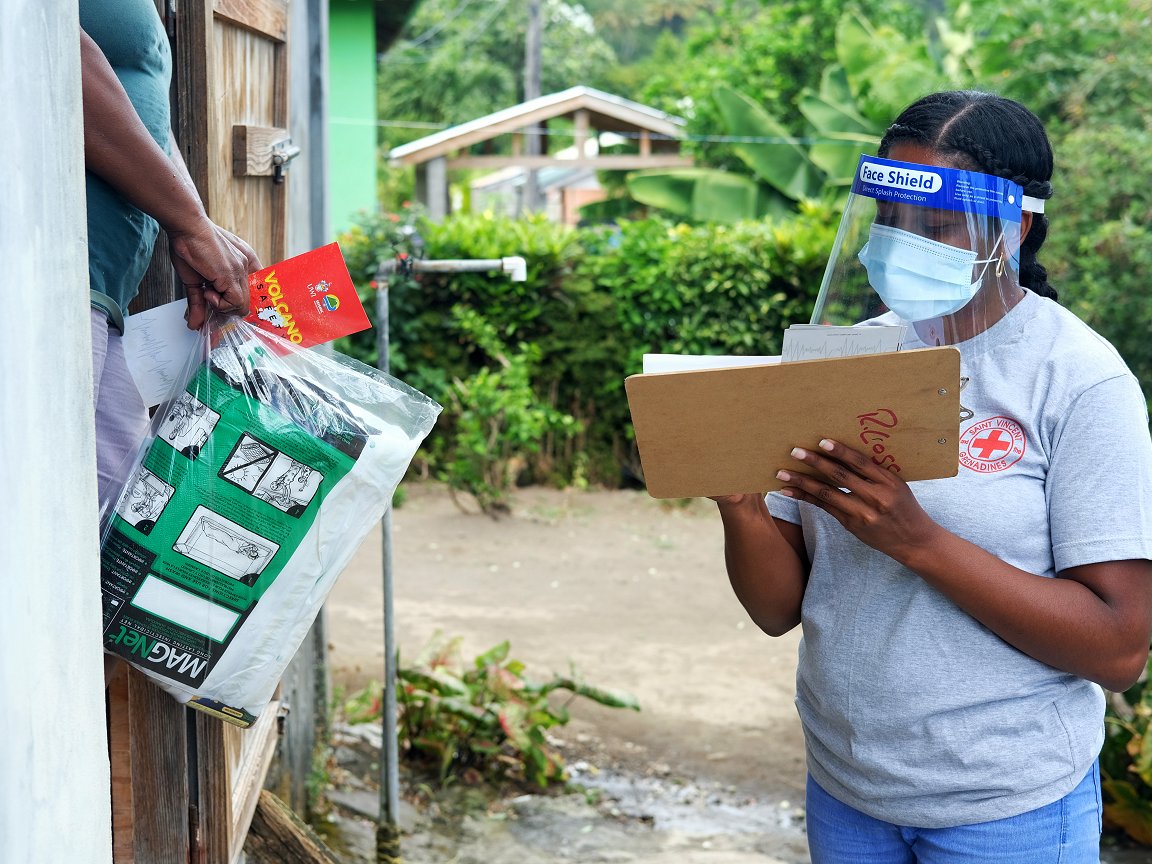 (This story is an IFRC press release issued in Geneva and Panama last Monday. It has been edited slightly here for length.)

The IFRC is ramping up the efforts of hundreds of Red Cross teams across the Americas to prepare for another hurricane season during the Covid-19 pandemic.

Experts predict up to 20 named storms forming in the Atlantic, with six to ten of those developing into hurricanes and three to five possibly becoming Category 3 or higher.

These storms could bring further devastation to a region still heavily affected by last year’s storms and hurricanes and the Covid-19 pandemic.

During the next six months, deadly rains, landslides and floods could further affect communities already grappling with the pandemic, where vaccines are not yet widely available and where livelihoods have been destroyed.

“Recovery has been hindered by the pandemic, which has wiped people’s economic resources, strained health systems and caused challenges to the response.

“The pandemic adds another layer of complexity. We are now, once again, facing an extremely challenging scenario, with overlapping crises increasing the vulnerabilities of women, children, migrants and other groups.”

To mitigate the logistical challenges caused by Covid-19 restrictions, the IFRC has pre-positioned humanitarian goods in Panama, Guatemala, Honduras and across the Caribbean to provide immediate response to the humanitarian needs of up to 60,00 people.

‘We urge government and donors to invest
in early warning systems, disaster preparedness
and climate adaptation’

In parallel, Red Cross teams share early warning messages and urge people to have food, water and other basic necessities at hand since, during the pandemic, it might take longer for help to arrive.

The IFRC is paying particular attention to countries affected by the eruption of the La Soufrière volcano on St Vincent and the Grenadines and where the socio-economic impact of the Covid pandemic is particularly severe.

Roger Alonso, IFRC Head of Disasters, Crises and Climate Unit, said: “These weather events are cyclical and becoming more frequent and intense. In many cases, we can predict them, so we urge government and donors across the region to invest in early warning systems, disaster preparedness efforts and climate change adaptation.”

St Vincent and the Grenadines Red Cross volunteer, Husnecher Edwards, speaks to a resident during a distribution of mosquito repellents and nets to curb the spread of dengue in the communities of Magum and Overland earlier this year. It’s one “layer of complexity” of disaster preparedness they faced, along with Covid, in April the La Soufrière volcano, and now the looming hurricane season. (Library photo: Angela Hill/IFRC)