ICRC report: Climate change and conflict are a cruel combination stalking the world’s most vulnerable 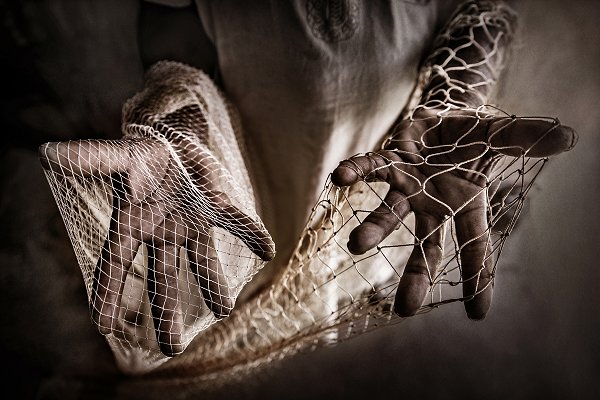 (This story is an ICRC press release issued earlier today. The new report is accompanied by a photogallery and a minisite.)

Countries affected by conflict are also disproportionately impacted by climate change, a double threat that pushes people out of their homes, disrupts food production, cuts off supplies, amplifies diseases and weakens health-care services, the ICRC said in a new report today.

The report – When Rain Turns to Dust – is based on research in southern Iraq, northern Mali and the interior of the Central African Republic.

It explores people’s experience with conflict and climate risks, their ways of coping and adapting and how, in the absence of adequate support, they may be forced to drastically change their way of life, diversify their livelihoods or move away from their homes.

Of the 20 countries most vulnerable to climate change, the majority are at war. By 2050, 200 million people could need international humanitarian aid every year, double the number in need now.

“Climate change is cruel. While it will be felt everywhere, its most crippling effects will be borne by the world’s most vulnerable,” said Catherine-Lune Grayson, the ICRC’s in-house expert on climate change.

“We witness every day the impact of climate shocks and environmental degradation on conflict-affected communities.

“Their ability to adapt is being radically eroded by violence and instability. These shocks cost lives.”

In places like Mali or Iraq, people made it clear that environmental and climate factors are making their lives harder by threatening their access to water and food, their economic security and affecting their sense of dignity as they struggle to meet their families’ needs.

In the Central African Republic, people spoke of tensions between farmers and herders due to changing human movement patterns and the authorities’ limited capacity to regulate it.

They asked for help in managing tensions as well as support to chart changes to agricultural calendars, as they can no longer read the weather and traditional crop calendar are no longer reliable.

In northern Mali, pastoralists and farmers described how their ways of coping with repeated droughts and occasional intense rains have been disrupted by the conflict and are accelerating changes to their way of life, forcing some to move south or to cities.

In northern Mali and the CAR, people have recently lost homes, livelihoods and harvests to flooding and are asking for help to recover and ensure that the next floods do not make them homeless again.

“Unmitigated climate change will cause the number of people in need to grow exponentially – and humanitarian organizations are already unable to meet humanitarian needs,” Ms Grayson added.

“Climate risks can lead to development reversals and systemic breakdown, particularly in fragile and conflict-affected states, which are currently most neglected by climate action.”

The ICRC is calling for mobilization from within and beyond the humanitarian sector so that climate action and finance reach conflict zones and to ensure that communities hit hardest get the support they need to adapt to a changing climate.

Malian fisherman Ba Seydou with two nets: on the right the one he used 25 years ago and on the left the one he uses now, to catch fish that are getting smaller and smaller. (Photo: Samuel Turpin/ICRC-Humans and Climate Change Stories)