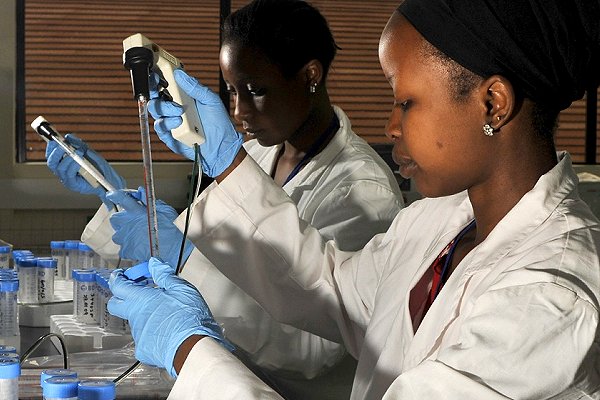 A rise in zoonotic diseases that jump from animal hosts to humans is being driven by degradation of the natural environment, bad use of land, exploitation of wildlife, resource extraction, and other stresses including climate change, according to a new report published Monday, World Zoonoses Day.

Covid-19, which it says “most likely originated in bats”, is the latest example of such diseases caused by viruses that also include Ebola, MERS and West Nile and Rift Valley fevers.

The report, Preventing the Next Pandemic: Zoonotic diseases and how to break the chain of transmission, warns that “further outbreaks will emerge unless governments take active measures to prevent other zoonotic diseases from crossing into the human population,” a United Nations Environment Programme press release said.

The report is a joint effort by UNEP and the International Livestock Research Institute (ILRI), which is co-hosted by Ethiopia and Kenya.

“The science is clear that if we keep exploiting wildlife and destroying our ecosystems, then we can expect to see a steady stream of these diseases jumping from animals to humans in the years ahead,” said UNEP Executive Director Inger Andersen.

“Pandemics are devastating to our lives and our economies, and as we have seen over the past months, it is the poorest and the most vulnerable who suffer the most.”

The report says African countries that have successfully managed deadly zoonotic outbreaks – including most recently Ebola – could use their experience to tackle future outbreaks through approaches that incorporate human, animal and environmental health.

“They are applying, for example, novel risk-based rather than rules-based approaches to disease control, which are best suited to resource-poor settings, and they are joining up human, animal and environment expertise in proactive One Health initiatives.”

The One Health approach combines public health, veterinary and environmental expertise “as the optimal method for preventing as well as responding to zoonotic disease outbreaks and pandemics,” the press release said.

Welcoming the new report, Climate Centre Director Maarten van Aalst said a direct relationship between climate change and zoonotic disease remains complex and difficult to demonstrate convincingly, “mainly because the signals go in all directions – the drivers of pandemics are often also the drivers of climate change via third factors such as deforestation, for example.

“So as well as the general call for increased research capacity, it’s good to see among this report’s ten recommendations several that could significantly increase our understanding of this area, such as expanding scientific enquiry into zoonotic diseases themselves, strengthened monitoring and regulation, and better biosecurity and animal husbandry.

“But for sure, the risk of zoonoses provides yet one further reason why we should redouble our efforts to address climate change generally.”

The report’s other recommendations include investing in interdisciplinary approaches like One Health, sustainable land management “and alternatives for food security and livelihoods that do not rely on the destruction of habitats and biodiversity”, and capacity-building for health stakeholders in all countries.