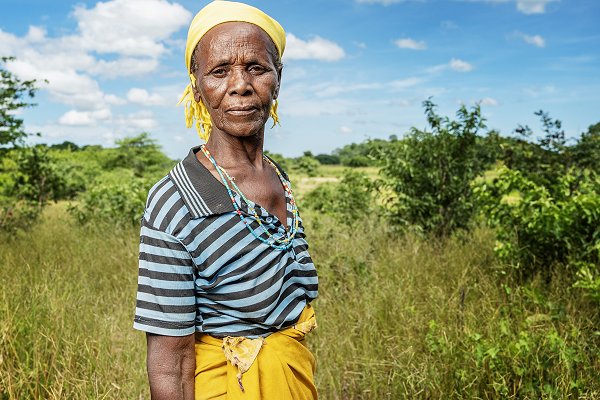 The humanitarian implications of droughts are profound and far-reaching, but traditionally the humanitarian role has been to respond to the impacts of these phenomena rather than acting early.

A move toward anticipatory action has developed over the past few years through Red Cross Red Crescent forecast-based financing and action (FbF, FbA), notably with relatively rapid-onset hazards such as floods and cyclones.

Now a growing community of practice is exploring whether these concepts could be useful in minimizing the impact of drought, and if so what would such programmes look like?

These were the main questions addressed in a report published in May, Forecast-based Financing and Early Action for Drought – Guidance Notes for the Red Cross Red Crescent, funded by the British and French Red Cross.

Its initial analysis of the drought hazard highlights the complexity of defining the phenomenon in all its various forms that complicate operations but also present an opportunity for FbA.

It then explores ways to identify, monitor and forecast droughts and their impacts, and suggests factors to consider when developing trigger models – notably with early-warning systems and seasonal and sub-seasonal forecasts.

Thirdly it categorizes early actions to prepare communities and details a theory of change to guide their conceptualization.

Finally it suggests guidelines for monitoring and evaluation with, for example, new tools to address drought-related geography and timelines.

A separate decision-tree document aims to guide practical discussions about forecast-based action for drought, starting with identification of the humanitarian impacts to be tackled.

Other questions follow about the relationship between impacts and hydrometeorological drought (i.e. poor rainfall) – both their predictability and the availability of information about them – to help practitioners assess the feasibility of a mooted FbA operation.

The decision tree is closely linked to the FbF Practitioners Manual and is a living document to be adapted with experience.

The report also examines how FbA could look when using staggered triggers and actions at different stages of the calendar year with an expected below-average rainy season.

Specialist webinars organized by the Climate Centre and others have recently highlighted the growing interest in FbA for drought in varying contexts.

While this research highlights the complexity of anticipatory action for drought – partly stemming from its very nature and the difficulties of understanding and defining this slow-onset phenomenon – it reveals the clear humanitarian potential in extending the FbA canon.

Forecast-based action for drought may differ greatly with context from continent to continent, even country to country, but some overall lessons can be centralized.

Refining the decision tree may be particularly useful here: it can be a starting point to guide reflection, including guidance and resources, examples from calendars, and Q&As with the community of practice that also includes the UN Food and Agriculture Organization and the World Food Programme.

Others that have said they are considering doing so include Mali, Mozambique, Namibia, North Korea, Pakistan, the Philippines and Zambia.

Siakobvu village, Zimbabwe, March 2020. Bertha Mucharatema, 68, blames a “horrible drought” for local food shortages. She remembers in her childhood that the rains came on time. Now they “come with violent winds. People are scared of winds felling trees and causing outages.” Zimbabwe Red Cross food distributions – enough for a month and a half – are supported by the Finnish and Danish Red Cross and ECHO. (Photo: Ville Palonen/Finnish Red Cross via IFRC)