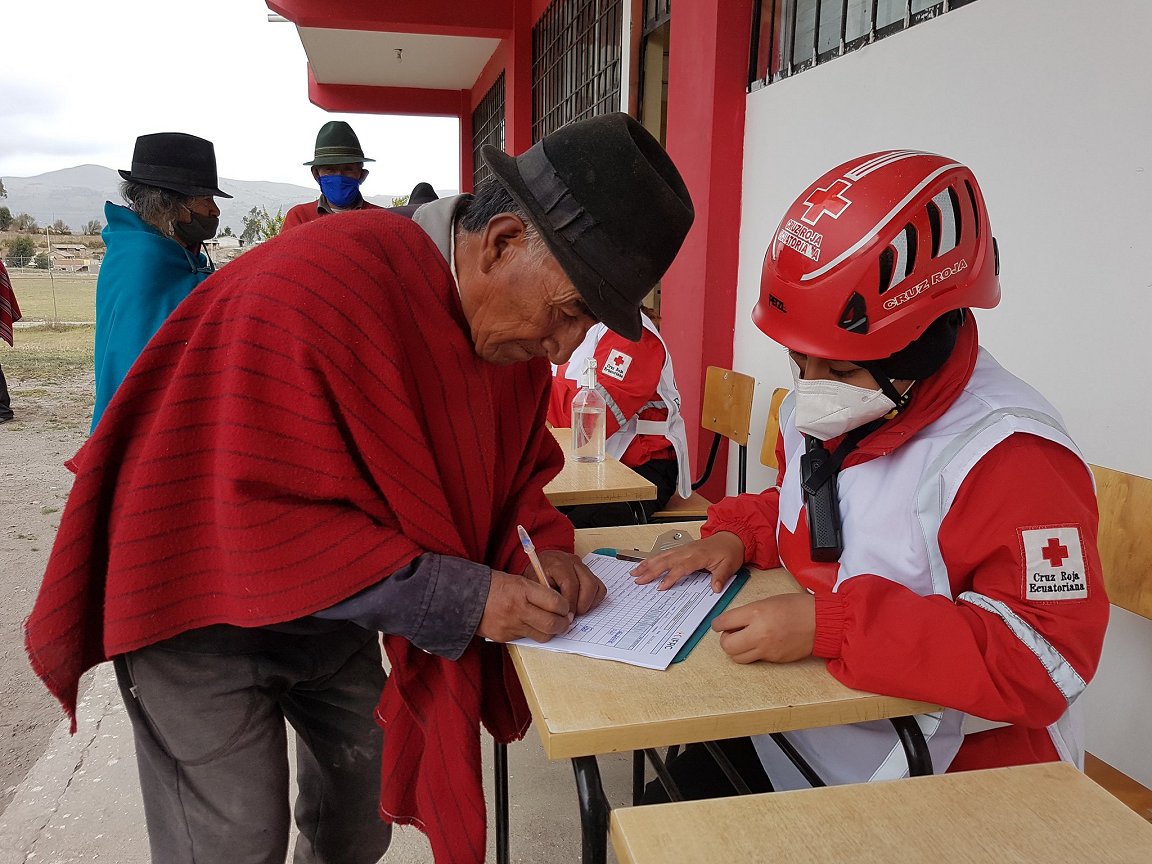 Together with its partners in a multi-agency task force, the IFRC is committed to scaling up anticipatory action “so that it reaches more people, covers more locations, and is applied to a wide range of hazards”, according to Pascale Meige, its Director of Disasters, Climate and Crisis.

She was speaking earlier today at a side-event of the UN ECOSOC Humanitarian Affairs Segment 2021, The challenges ahead: equipping the future with anticipatory action.

She said the Red Cross Red Crescent Climate and Environmental Charter for Humanitarian Organizations, launched last month and detailed in a joint statement this week, included “the identified solution [of stepping up] our response to growing humanitarian needs and supports those who are most at risk.”

Calling for a system-wide shift, Ms Meige added that “anticipatory action is very much at the centre of many current processes and collaboration platforms”.

The side-event was sponsored by the German Federal Foreign Office and the IFRC, and jointly organized by the Anticipatory Action Task Force, which comprises the UN Food and Agriculture Organization, the IFRC, OCHA, the Start Network, the World Food Programme, and the Anticipation Hub.

She told more than 100 online participants that the pivotal date of 2050, nearly thirty years into a still essentially unpredictable future, opened up the scope for a “grand vision” of what the humanitarian community could achieve.

“It’s fair to say that the case has been made for anticipatory humanitarian action,” said Thomas Zahneisen, Director for Humanitarian Assistance, German Federal Foreign Office, who chaired the side-event jointly with Ms Meige.

“I think it is now, frankly, proven that it’s faster, more effective, more cost-efficient, and it’s the right thing to do because we can avoid unnecessary suffering for people.”

But Mr Zahneisen added that his second main point was that “we have not even started really tapping the potential…we have to go to scale.”

“Additionally, more effort is required to make anticipatory action applicable to a wider variety of natural and human-induced hazards, shocks and compounding risks.”

Covid had amplified the need to anticipate compounding risks and associated “cascading impacts”, the UN said, and look beyond hydrometeorological hazards to include other shocks such as pandemics, disease outbreaks, pests and conflict

Virtual panellists at today’s side-event included Fernanda Ayala of the Disaster Risk Management Department at the Ecuador Red Cross, who detailed one of the most original recent uses of FbF by the Red Cross, when the Sangay volcano erupted last September, triggering an early-action protocol and emergency funds from the IFRC allowing the Red Cross to assist 1,000 families in rural communities.

Also taking part were Lia Nicholson, a Climate Adviser to the Permanent Mission of Antigua and Barbuda to the UN; Dominique Burgeon, Director of the FAO Liaison Office to the UN in Geneva; Martin Omoro, Program Quality and Strategy Manager with World Vision in South Sudan; and Randa Merghani, Manager of the Somalia Humanitarian Fund.

The main Humanitarian Affairs Segment centred on the theme, “Strengthening humanitarian assistance to face the challenges of 2021 and beyond: mobilizing respect for international humanitarian law, inclusion, gender, innovation and partnerships”. Since 1998, it has provided a platform for discussing issues related to strengthening UN humanitarian work.

Five years ago, Ms Meige concluded, anticipatory action centred on “a small core of experts”, but now it was regarded as a key component in the sector.

“We are no longer just at the pilot phase – the numbers may not be that big, but we have good building-blocks in place. There is momentum, rhythm, interest.”

A significant eruption of the Sangay volcano in central Ecuador in September 2020 caused the Ecuadoran Red Cross to activate its early action anticipatory protocol with emergency funds from the IFRC, allowing it to assist 1,000 families in rural communities most affected by falling ash. It was one FbF case study detailed at today’s side-event on anticipatory action held as part of the ECOSOC Humanitarian Affairs Segment 2021. (Library photo: CRE)