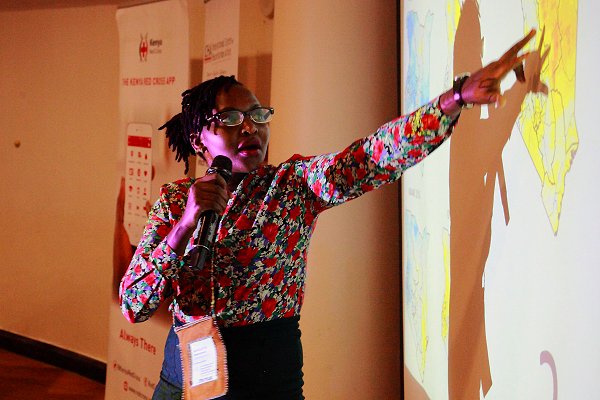 Lack of good historical observations and verifiable climate models as well as a “significant bias in expertise” in favour of developed countries mean climate attribution studies overly focus on weather-related disasters in the global North, according to new research published Friday by the American Meteorological Society (AMS).

Very few “highly damaging events” such as the 2010–11 drought in East Africa, Cyclone Nargis in 2008 – described as the worst disaster in the recorded history of Myanmar, or the 2015 heatwave in South Asia and many others have been the subject of attribution studies.

Why? the authors ask, in Challenges to understanding extreme weather changes in lower income countries.

One important factor they list is the lack of historical observations that makes it “extremely difficult…to quantify the severity of the event, and in the case of floods” the extent in space and time.

It also hinders “thorough model evaluation, making it impossible to assess whether modelling analysis paints a reliable picture of the real world.”

Scientists evaluate the accuracy of a model by feeding in data from the recent past and checking what it would have predicted for the present against what actually happened, enabling them to make more confident statements about the future.

In addition, both climate models and many attribution scientists themselves are developed and attuned for work on events in temperate and sub-tropical areas.

The paper argues that, “If scientists from the developed world conduct studies about a region they are not experts in, the framing and context of the studies will be less useful than if conducted by scientists with local expertise.

“All attribution studies require local meteorological expertise; thus building the capacity of researchers in developing countries to conduct attribution analysis needs to be a priority.”

This could be done, for example, “through attribution PhD programmes that prioritize applicants from the places where the most impactful extreme events happen.”

“It’s crucial for developing countries to understand the need and importance of attribution studies and allocate funds for attribution research and training of its own researchers,” said one of the report authors, Joyce Kimutai (photo), a Senior Meteorologist with the Kenya Meteorological Department.

“Apart from understanding the role of climate change in local extreme-events, attribution can also incorporate assessment of vulnerability and exposure to hazards, which in turn helps with disaster reduction and building resilience.”

In general, the paper concludes, “there are many parts of the world where…methodological advances in attribution are of little use,” while the data that does exist is often insufficient “to complete essential steps of an attribution analysis: event definition, observational analysis to establish the return period and trends, and identifying adequate models…”.

“While these obstacles are not easily overcome it would be detrimental, in particular from a climate justice perspective, to concentrate efforts in improving the science on the global North.”

Another study author, Roop Singh, the Climate Centre’s Climate Risk Adviser, today also emphasized that a new framing of event attribution to balance attention to the developing and the developed world would include “other aspects that generated severe impacts, chiefly vulnerability and exposure to risk and how these are changing due to factors such as urbanization and technology.

“Fixing attribution firmly within the ‘hazard-vulnerability-exposure’ framework,” she said, “would be an important aim on the international agenda for climate research.”

The AMS paper by the climate scientists, who include several from the World Weather Attribution group, adds that “even a failed attribution study where a quantitative assessment is not possible can be highly valuable [in identifying] problems with climate models and thus where projections cannot be relied upon”.

Even if uncertainties are large, it says, “excluding climate change as a game changer is also valuable.”

Joyce Kimutai, a Senior Meteorologist with the Kenya Meteorological Department and one of the authors of a new study suggesting climate attribution be broadened to include a “hazard-vulnerability-exposure” framework. In this 2017 picture she presents on drought at a Nairobi conference assessing a year-long specialist programme focusing on awareness of climate risk for Ethiopia, India and Kenya. (Library photo: Climate Centre)