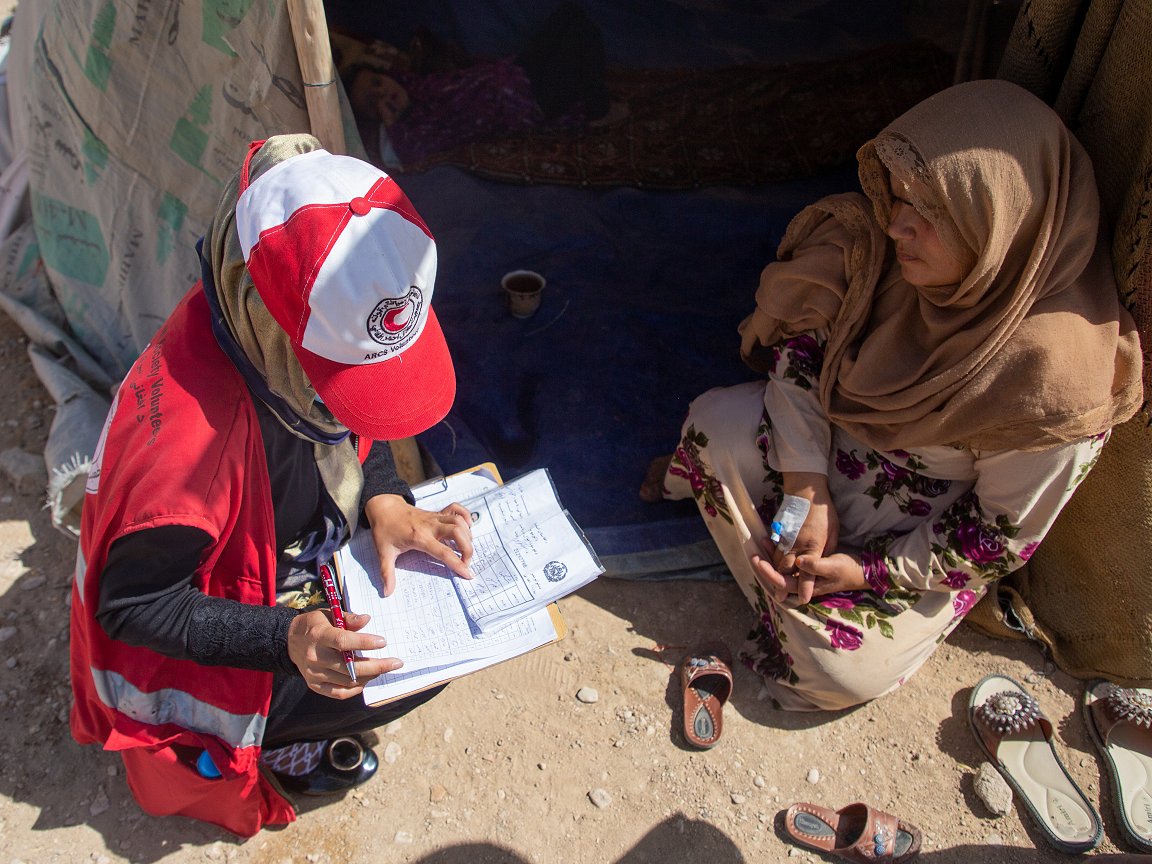 (This story is an IFRC press release issued yesterday in Kabul, Kuala Lumpur and Geneva.)

The IFRC yesterday urged greater international support for millions of people in Afghanistan who are suffering due to worsening drought, Covid-19 and armed conflict.

The President of the Islamic Republic of Afghanistan officially declared a drought on 22 June, indicating that 30 per cent of country is exposed to severe drought, 50 per cent to serious drought, and another 20 per cent to moderate drought.

Afghanistan’s wheat crop will be reduced by nearly 2 million tonnes and more than 3 million livestock are at risk, according to the government.

The drought declaration comes as Covid-19 is further worsening existing health and socio-economic hardships across the country, while ongoing hostilities are displacing thousands, all left to rely on humanitarian assistance.

Climate disasters, Covid-19 and conflict
are converging in a living nightmare
for the people of Afghanistan

“We are seeing the devastating impacts of this drought on millions of people who are suffering from severe food and water shortages in most areas of Afghanistan,” said Dr Nilab Mobarez, Afghan Red Crescent Society Acting President.

“Food crops are depleted and withered in the fields, and many people have lost their incomes.

“Our network of branches in all 34 provinces of Afghanistan and volunteers in each district enable us to deliver humanitarian assistance even in hard-to-reach areas.

“The Afghan Red Crescent is recognized and widely accepted by parties to the conflict because of its neutrality and impartiality, and is thus well placed to reach communities which would otherwise be left behind.”

The IFRC is appealing for 15 million Swiss francs to support the Afghan Red Crescent Society to deliver cash grants to buy food supplies, restore livelihoods and crops for 280,000 people in 13 of the provinces worst affected by drought.

Necephor Mghendi, IFRC Head of Delegation for Afghanistan, said: “Climate disasters, Covid-19 and conflict are converging in a living nightmare for the people of Afghanistan.

“Millions are going without meals every day and in some parts water is running dry. This is one of the most severe droughts ever in Afghanistan.

“Urgent international action is needed for more than 18 million people who will need humanitarian support in Afghanistan this year due to this drought and food crisis, compounding impacts of record Covid-19 and many years of armed conflict.

“We have learnt from previous drought interventions that we must also invest more in drought-resistant crops, protecting livelihoods and livestock.”

Assessment and US$ 130 cash transfers by the Afghan Red Crescent underway in northern Balkh province in June, the month the government declared a severe drought in half the country. This ARCS programme is for 1,350 IDP households seriously affected by the multiple shocks of drought, conflict, Covid-19 and poverty. (Photo: Meer Abdullah Rasikh/Afghan Red Crescent Society)