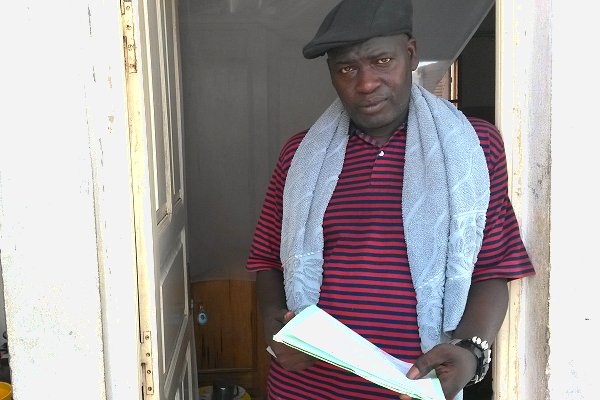 New research on climate impacts and global biodiversity published last week in the journal Nature suggests that its collapse could be abrupt, more widespread, and sooner than anticipated, starting in the tropical oceans this decade and spreading to tropical forests and temperate ecosystems by the 2050s.

“There is still a perception that severe impacts of climate change may only manifest gradually towards the end of the century,” said one of the study authors, Christopher Trisos, Director of the Climate Risk Lab at the University of Cape Town, who also writes on climate impacts in Africa for IPCC Working Group II.

But while “biodiversity loss from climate change might start as a trickle…it could become a flood very quickly.”

The results are also illustrated and summarized with an interactive map.

‘It’s not a slippery slope but a series of cliff edges,
hitting different areas at different times’

The authors, who also include Cory Merow of the University of Connecticut and Alex Pigot of University College London, say forecasts on biodiversity “typically focus on individual snapshots of the future”.

But their study used annual projections from 1850 to 2100 of temperature and precipitation for the habitats of some 30,000 marine and terrestrial species to estimate when they’ll face dangerous climate conditions.

They found that climate impacts on biodiversity could be abrupt because most species are driven beyond their limits together as a single group.

“The good news is that rapid action to reduce fossil fuel emissions and limit global warming to well below 2°C can still prevent exposure to dangerous climate change for the vast majority of Earth’s animal species,” Trisos added.

“However, tropical ocean ecosystems in the Indo-Pacific, Caribbean and along the west coast of Africa…face serious impacts in the next decade or two…

“This could negatively impact livelihoods and food security for hundreds of millions of people across these regions who depend on wild-caught fish and nature-based tourism.”

Climate Centre Director Maarten van Aalst said today: “This paper is the most recent of a number that suggest apparently slow-moving processes driven by climate change could accelerate away rapidly and become difficult, if not impossible, to contain.

“I would echo these scientific colleagues’ call for urgent and political action to ramp up mitigation efforts and bend the curve of the use of fossil fuel downwards this decade.

“Their paper also shows the need for rapid action to help people in regions most at risk to adapt their livelihoods in the face of disruption of their local ecosystems.”

“We hope this new framework can help better predict where and when ecosystems are at risk of abrupt ecological disruption,” he tweeted.

The Nature study authors say they are continuing work on the biodiversity project and hope to be able to provide annually updated forecasts of the climate risk.

Moustapha Diouf, who lives in Thiaroye-sur-Mer, a fishing village on the edge of Senegal’s capital Dakar. Repatriated twice from the Canary Islands as a migrant, he founded an association to warn young people of the dangers of seaborne migration, but says there are few jobs locally and fishing is “nearly dead”. Now a new study warns of negative impacts from climate change for fish-based livelihoods and food security specifically on the west coast of Africa. (Library photo: Moustapha Diallo/IFRC)