PfR launches documentary series on resilience work in the Philippines 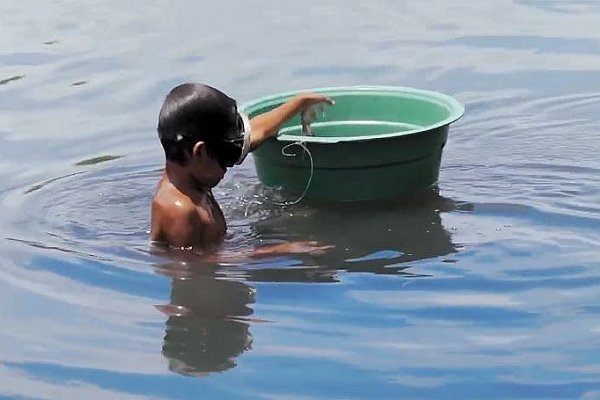 A series of three new feature-length documentary films on PfR’s work in the Philippines, commissioned by the Netherlands Red Cross, was formally launched this week on the alliance’s YouTube channel.

Fleur Monasso, Climate Centre Manager, Capacity Strengthening and Partnerships, said today: “2020 is the final year of the PfR programme, and these new films show how its approach over the past five years has been institutionalized within local organizations and will hopefully be sustained beyond the end of the programme.”

They cover the participation by the Partners for Resilience global alliance in the international and local operation to rehabilitate Manila Bay with the goal of “making it swimmable in three years”, the restoration of protective coastal mangrove plantations near Tacloban city on Leyte island – an area among the most severely affected by Super Typhoon Haiyan in 2013, and community efforts to thwart illegal fishing in Guiuan municipality, eastern Samar island.

The latter centres on Cordaid’s support for the establishment by the community, civil society and government in 2016–17 of a marine protected area covering nearly 760 hectares, supervised by locally recruited sea wardens.

“The community has really come together and now they’ve formed this well-oiled machine for 24-hour surveillance of the marine protected area, and they’re very proud of it,” said Isabella Mendoza, of the Institute for Climate and Sustainable Cities, Cordaid’s local partners, explaining the PfR strategy to tackle risks.

Local fishermen from the HOLIFA group, supported by Cordaid, say the coral reefs are recovering and illegal fishing with cyanide and dynamite has been significantly reduced.

In the Manila documentary, CARE Programme Manager Rocelyn C. de Vera explains: “What we want to influence is for the [Manila Bay sustainable development] master plan to carry the voice of the most vulnerable.”

Existing vulnerabilities faced by people who live in informal settlements, which are already prone to flooding, fire and storm surges, are being heightened because of climate change, she explains.

“Without PfR, many of these vulnerable communities will not have any idea that there is an ongoing planning process,” says De Vera.

“Their point of view translates to the plans that are being formulated”.

The mangrove feature was shot in the Paraiso Mangrove Eco Learning Park, where Wetlands International filmed two years ago on the fifth anniversary of Super Typhoon Haiyan.

‘When ordinary people understand the science
behind mangrove restoration and explain it,
that’s a very big accomplishment’

Before Haiyan many existing coastal mangroves had been pulled up and turned into fish ponds, but now local officials say that as a result of PfR-supported mangrove restoration, fish and shellfish have returned naturally and people have an income again.

Mangrove restoration takes time, Aliposa emphasizes, “but with PfR we don’t always start from scratch. We have good practice from all over, and we in the Philippines can learn from success stories elsewhere.

“And that is where the importance of an alliance like PfR comes in, because we’re able to share good practice.

“When ordinary people can understand the science behind mangrove restoration and explain it themselves, that’s a very big accomplishment. When we’re able to do that, I’m very proud.”

A boy collects shellfish in the Paraiso Mangrove Eco Learning Park, where coastal mangroves have been restored as part of Wetlands International’s contribution to Partners for Resilience work in the Philippines. (Image: PfR/Visual Development)