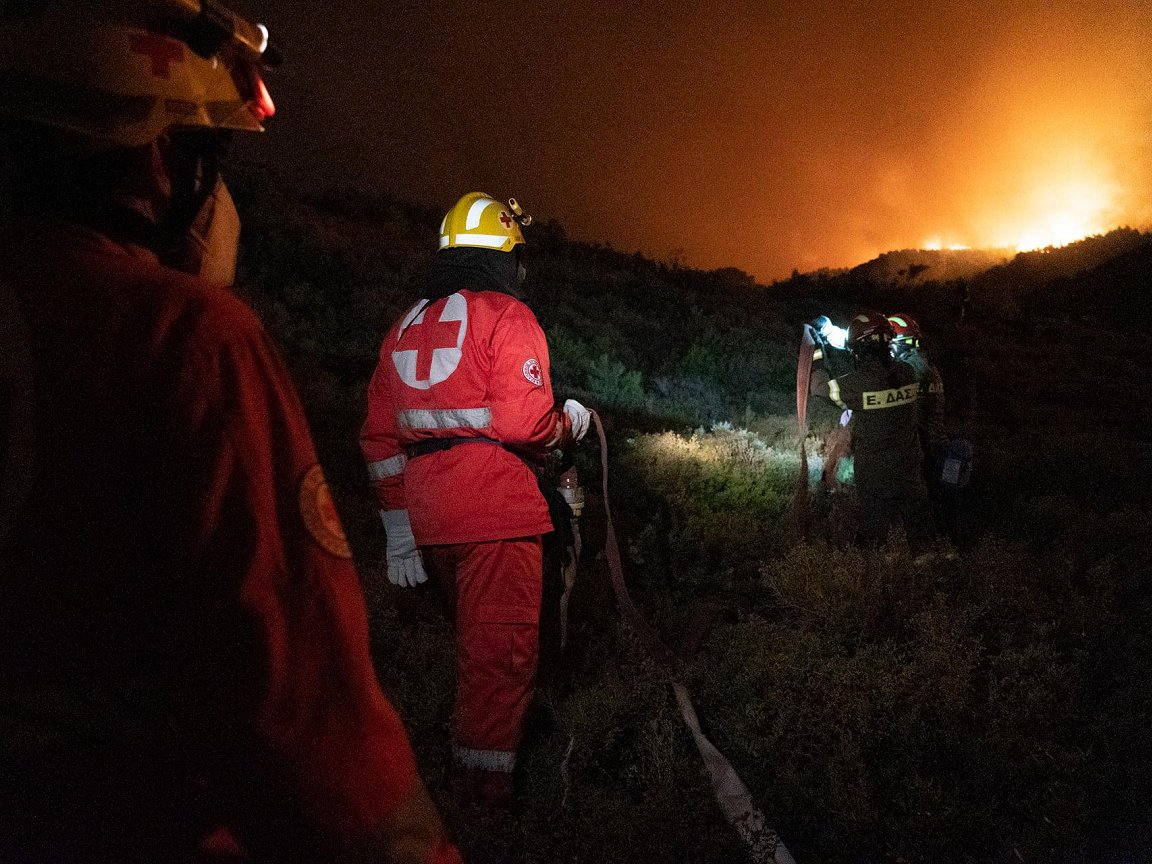 There were also “hotspots” in Bulgaria, Croatia, Serbia and the South of France, while the danger level is increasing on the Iberian peninsula, the agency tweeted.

National Societies across Europe are assisting both people affected or displaced by the fires with water, food, first aid and shelter, as well as firefighters themselves, the IFRC reported late last week, including in some locations actually helping to douse flames.

“Tens of thousands of hectares of forests, pastures, and farms have turned into ashes, the largest area being in Turkey with close to 95,000 hectares burnt.”

As well as human casualties, a “[c]ountless number of animals died, adding to major agricultural damage. The significant loss of livestock will likely have a negative impact on agricultural activities and thus citizens’ income in the long term.”

On the other side of the Mediterranean, Algerian Red Crescent volunteers have been preparing reception centres for people fleeing their homes because of fires there.

The IFRC referred to the 2017 study by the World Weather Attribution group – of which the Climate Centre is a part – which found that climate change had increased the chances of a Mediterranean heatwave that year by a factor of at least ten.

“Climate change is likely playing a role in the southern European fires by making the conditions ripe,” the IFRC says.

“Higher temperatures and lower summer rainfall dry out the landscape, making it easier for fires to spread quicker and burn longer. Climate change is not the only cause of the fires, but it is a significant one.”

Attica, Greece, Sunday. Thousands of the people had evacuated from around Athens after six straight days of wildfires, the Greek Red Cross said. Teams of staff and volunteers were working round the clock distributing basic necessities for rescue teams and residents. (Photo: Hellenic Red Cross via IFRC)