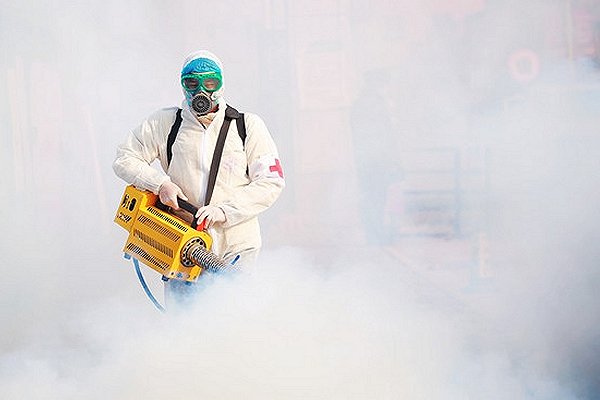 The long-term response to coronavirus “must tackle habitat and biodiversity loss,” according to the Executive Director of the United Nations Environment Programme, Inger Andersen.

“Never before have so many opportunities existed for pathogens to pass from wild and domestic animals to people,” she said yesterday in an interview with the UK’s Guardian newspaper, adding that 75 per cent of all emerging infectious diseases come from wildlife.

“Our continued erosion of wild spaces has brought us uncomfortably close to animals and plants that harbour diseases that can jump to humans,” she said.

She also cited the recent Australian bushfires, record heat worldwide, and the locust invasions in East Africa as examples of nature “sending us a message”.

The UN’s environment chief added: “There are too many pressures at the same time on our natural systems and something has to give.

The World Health Organization describes corona as “a large family of viruses that are common in animals,” but adds that “[p]ossible animal sources of COVID-19 have not yet been confirmed.”

Dr Aaron Bernstein, Director of Harvard University’s Center of Climate, Health and the Global Environment, said in an interview last week that “climate change alters how we relate to other species on Earth and that matters to our health and our risk for infections.

“As the planet heats up, animals big and small, on land and in the sea, are headed to the poles to get out of the heat [and] are coming into contact with other animals they normally wouldn’t, and that creates an opportunity for pathogens to get into new hosts.”

Bernstein said future risks were difficult to predict, but climate change had “already made conditions more favourable to the spread of some infectious diseases, including Lyme disease, waterborne diseases such as Vibrio parahaemolyticus…and mosquito-borne diseases such as malaria and dengue fever.”

It’s important to remember that the exact source of the current COVID-19 pandemic has yet to be confirmed by scientists, but the real possibility that this is another zoonotic (animal to human) disease will intensify the pressure for the relevant research to be stepped up, writes Climate Centre Director Professor Maarten van Aalst.

We would agree with our British colleagues at the Zoological Society of London (ZSL) who earlier this month said that greater investment in research into wildlife diseases and their potential vectors to people could reduce the risk of global pandemics like COVID-19.

Of course, animals’ habitats are being disrupted both by climate impacts like bushfires and by the human activity that itself contributes to climate change, like deforestation and rapid urbanization.

The truth is we have a very poor picture of what the epidemiological fallout for people from all this might be.

The question has been raised before, with Ebola in 2014, for example, when for the first time in its history the UN created an international mission for a public-health emergency.

What was true even then – that research was urgently needed to fully understand the impact of declining forests – will surely be doubly so now.

The ZSL’s Professor Andrew Cunningham made what seems an almost obvious point to CNN last week: that when mammals harbouring viruses suffer habitat encroachment they get stressed, and that allows “any infections to increase, to be excreted, to be shed”.

This leading zoologist added: “It’s easy to point the finger at the host species, but actually it’s the way we interact with them” that matters.