Partners for Resilience, faces of resilience: multimedia exhibition closes in The Hague 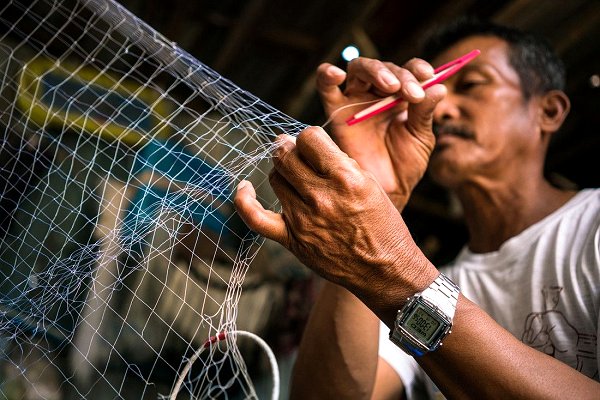 A month-long multimedia exhibition graphically illustrating both climate impacts in the developing world and potential solutions offered by the Netherlands-based Partners for Resilience programme has just closed in The Hague.

PfR’s Faces of Resilience: Where will we be in 2030? included photo galleries and people-centred case-studies from the ten programme countries (alphabetically): Ethiopia, Guatemala, Haiti, India, Indonesia, Kenya, Mali, the Philippines, South Sudan and Uganda.

The exhibition, which opened on 10 February and closed last Friday, was held at the Netherlands Ministry of Foreign Affairs, the PfR government donors.

“These pictures are as much a token of hope as they are of the urgency of action needed,” said the Director of the ministry’s Inclusive Green Growth Department, Carola van Rijnsoever. “They serve to remind us all of the importance of resilience building in the wake of climate change.’’

Organizers said the case studies show the stories of people and communities becoming more resilient to disasters and adapting to the consequences of climate change, with the help of partners the Netherlands Red Cross, CARE, Cordaid, the Climate Centre, and Wetlands International.

The exhibition’s case studies also gave an overview of what people need in the face of climate change and uncertainty, and how they can win through. Through its work the Partners for Resilience programme helped…

…Kediga Humed in the Afar region of Ethiopia irrigate her crops, store her harvest, and win better market access;

…Raquel Vásquez and the residents in Madre Tierra, Guatemala share their knowledge about how to adapt to climate change;

…Haitian agronomy student Jacky Dolcé and others taking part in its Open Mapping project, chart floods in the Arbonite river basin, aware that information technology is crucial for risk assessments;

…Nearly 100 householders in Oekiu, Indonesia follow the example set by Jupiter Tenistuan, who converted a hand-dug well into a rainwater reservoir that provides year-round drinking water;

…Agnes Lenginai, whose livelihood depends on Kenya’s shrinking Ewaso-Ngiro river, and many others like her join the annual 240km Camel Caravan Walk to advocate for basin ecosystems and promote peaceful co-existence among the communities on its banks;

…Fanta Bocoum, a 41-year-old widow and mother of four in Ouenkoro, Mali, for whom land is life, join ultimately successful organized lobbying of elected officials, traditional chiefs and landowners for changes to tenure that benefit women;

…Alvin Martin (photo), a father of five who lives and fishes in Navotas, Philippines, a community that has been deeply affected by climate change and pollution, lead an organization of fishermen in interacting with the government about adaptation and the issues they face;

…Kiden in South Sudan produce fuel-efficient stoves that reduce the need for firewood by two thirds and eventually move into bulk manufacturing for cash;

…Kelle in Uganda’s Lango region, a former internally displaced person, appreciate the importance of preserving wetlands and planting trees, and create an income-generating opportunity through bee-keeping.

“It’s been truly inspirational to see so many concrete and compelling examples of the partners’ work on climate-centred resilience, and actually hear the stories and the words of the people behind them,” said Climate Centre Director Maarten van Aalst today.

“CARE and their partners Makmende Media are to be congratulated for gathering them all together in one place.

“Programmes like PfR continue to demonstrate that it is possible to build resilience in a climate-smart way, and over time at scale.”