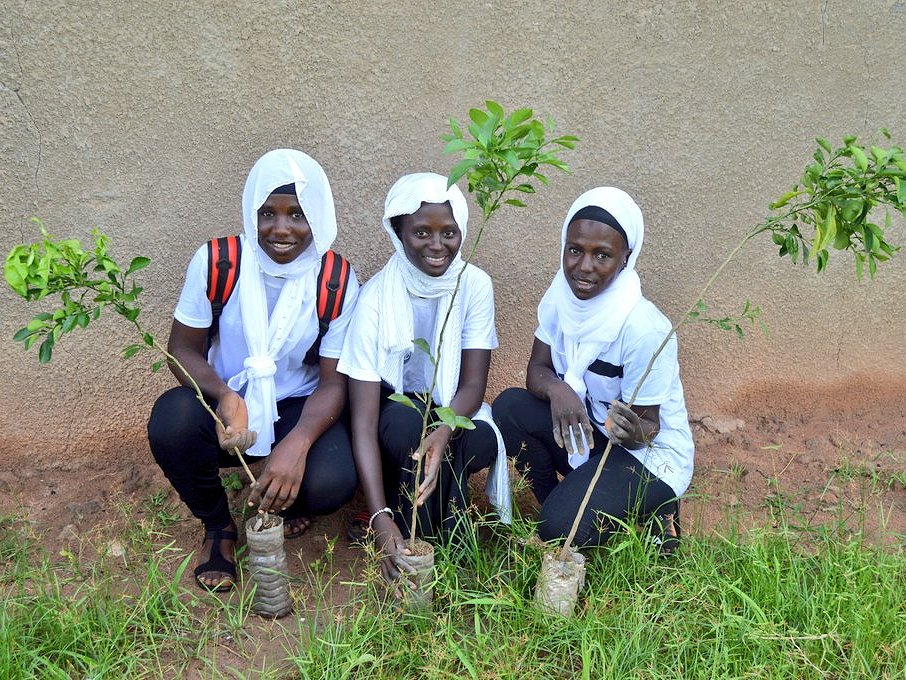 The Gambia Red Cross Society (GRCS) – together with the government and the National Youth Council and with UNDP support – this weekend began the first phase of its initiative to plant a million trees as part of the National Society’s contribution to addressing the climate crisis.

“Climate change is wreaking havoc and addressing [its effects] is everyone’s business!” the GRCS tweeted.

The million-tree initiative is also intended to be a protective strategy against the very high winds that have affected the area recently, especially North Bank Region, the GRCS said.

“We at the Gambia Red Cross will continue to strengthen our efforts with partners to build climate-resilient communities in order to address climate crisis,” said Abdoulie Fye, GRCS programmes director.

“Together we can make a difference in the lives of everyone.”

The permanent secretary at the Ministry of Local Government, Muntaha Sallah, was quoted as saying Gambia was seeing an increased frequency in extreme-weather events, evidence that climate change was a “real phenomenon”.

The July winds highlighted “the importance of the government’s ongoing efforts to mainstream climate change adaptation in our national disaster risk management.”

It was the “the poor and vulnerable” who bore the brunt of the death and destruction.

Ten people died and more than 1,500 were displaced by deadly high winds, described locally as a windstorm surge, in early July, local media reports quoted by the IFRC said.

More than a quarter of a million Swiss francs were released by the Disaster Relief Emergency Fund last month to enable the GRCS to assist 5,300 people; 200,000 CHF was provided by the European Commission.

Gambian schoolgirls taking part in the massive nationwide tree-planting exercise that ended this week but will be continued by local communities; it’s part of the National Society’s work to tackle the impacts of extreme weather, including deadly high winds from which trees offer some protection. (Photo: GRCS via social media)