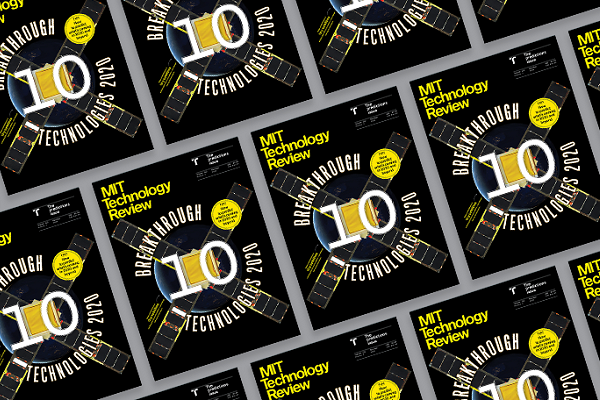 (Note to media: After one of the worst fire seasons in decades in Australia, with fires destroying homes and ecosystems, the WWA group are conducting an attribution analysis to assess the role of climate change in this complex event, and aim to have results in early March. For press information about the study, please contact leo.barasi@gsccnetwork.org.)

The prestigious MIT Technology Review today presented its ten “breakthrough technologies” for this year, with the climate attribution work in which the IFRC’s specialist Climate Centre is a partner among them.

“For 19 years, this closely watched list has been an early identifier of key technological developments ranging from CRISPR to deep learning to the now internationally popular cow-free burger,” a review press release said.

“Our journalists and editors spend the better part of a year considering which technologies will truly qualify as the year’s breakthroughs.”

The 2020 technologies range from artificial intelligence to quantum computing to medicine and health care.

‘Attribution allows us to speak out,
and with firm scientific grounding’

An article by James Temple about the World Weather Attribution breakthrough cites the WWA finding that Tropical Storm Imelda that flooded parts of Houston, Texas last September was made more likely and more intense by climate change.

Attribution matters, says the review, because it provides “a clearer sense of how climate change is worsening the weather, and what we’ll need to do to prepare.”

“These and other improvements have allowed scientists to state with increasing statistical certainty that yes, global warming is often fuelling more dangerous weather events.”

Welcoming the news of WWA’s place on the 2020 list, Climate Centre Director Maarten van Aalst said: “Right after a disaster, there is a unique opportunity to talk about rising risks and ways to address them.

“Too often we have missed that window, but attribution allows us to speak out, and with firm scientific grounding.”

Other climate-focused Red Cross Red Crescent humanitarian work featured last week in the MacArthur Foundation’s new list of the 100 highest-scoring bids for a US$ 100 million grant “to help solve one of the world’s most critical social challenges”.

The IFRC proposal in MacArthur’s 100&Change competition will help National Societies and communities in a number of countries expand anticipatory humanitarian action, including emergency evacuations ahead of forecast floods, helping farmers identify alternative livelihoods after disasters, early protective harvesting, and cash grants for the reinforcement of private homes against extreme weather.

“No one should suffer from predictable disasters,” says the IFRC’s 100&Change pitch. “Our project will significantly reduce the impact of disasters by helping people take preventive actions based on weather forecasts.”

Echoing the MIT review’s conclusion about attribution, the three agencies’ proposal says “climate-fuelled disasters occur five times more frequently than they did in 1980” in Latin America.

“Many marginalized communities live in places where natural systems that once protected them are gone: wetlands altered by dams, mangroves cut down for development, forests logged for timber.”

Each MacArthur proposal was evaluated using four criteria: “impactful, evidence-based, feasible, and durable”, and ten finalists will be selected later this year.

Founded at the Massachusetts Institute of Technology in 1899, the MIT Technology Review (pictured) is described as an independent media company that explains “the newest technologies and their commercial, social and political impacts”.