Blog: The future is now – time to scale up climate mitigation and adaptation measures 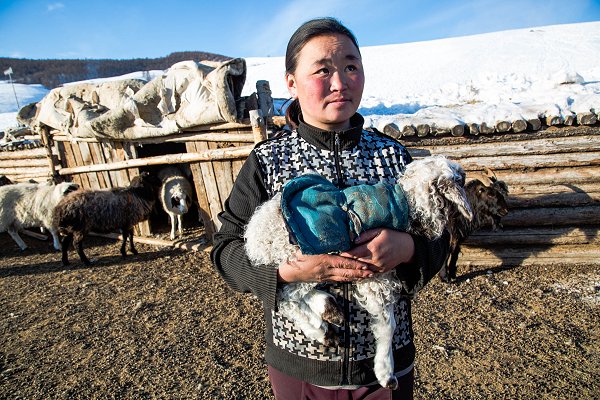 (This story appeared first on the ICRC blog site earlier today. It has been edited here for length.)

Far from a distant threat, climate change is already a crisis, contributing to extreme-weather events and more intense disasters, resulting in death and mass destruction and driving families from their homes and impacting food security and livelihoods.

It is also a humanitarian crisis, and the cost of inaction is shocking. Only a massive boost in collective climate mitigation and adaptation can alleviate the humanitarian consequences.

By 2030, more than 150 million people a year may have to rely on a humanitarian system that is already reaching its limits today, a total that could reach 200 million by 2050.

These were the sobering findings of our report last September, The Cost of Doing Nothing, which assessed the costs of the humanitarian response to climate-related crises.

These figures, already alarming, are actually quite conservative; they exclude anyone with access to more than ten US dollars a day and look only at the costs of international humanitarian assistance.

The people suffering most from the climate crisis are the world’s poorest, such as marginalized groups who live in areas where floods, droughts and storms are hitting the hardest, and who are also ill-equipped to access sustainable solutions.

For example, a recent IUCN report found evidence that human trafficking, transactional sex, and gender-based violence all increase with the tension over resources the climate crisis induces.

There are ways to improve laws and policy on gender equality and protection from such violence and disasters, as outlined in IFRC case studies of Ecuador, Nepal and Zimbabwe.

In the last ten years, disaster risk reduction (DRR) investment by the IFRC network has more than quadrupled to 207 million Swiss francs in 2018, reaching 52 million people in 160 countries.

Today the IFRC network is clearly one of the biggest DRR actors in the world and a key player in the implementation of the Sendai Framework for Disaster Risk Reduction, the flagship international instrument in this area.

The IFRC also works with states to develop and improve their disaster laws – at the International Conference in December, for example – supporting authorities so that their regulatory frameworks guide disaster risk management and adaptation.

The target for 2020 is to double the reach of our DRR and adaptation programming to make 100 million people safer – a massive endeavour, yet also not enough in itself.

The IFRC network strives to ensure programming is climate-smart, and the recent activation of the anticipatory funding mechanism through the IFRC’s Disaster Relief Emergency Fund to support vulnerable herder families in Mongolia is a good example.

Scaling up the IFRC’s climate action goes hand in hand with increased engagement with other actors committed to addressing the climate crisis; too often the climate, humanitarian and development communities work in silos and this urgently needs to change.

The Risk-Informed Early Action Partnership (REAP) aims to reverse the trend, and the IFRC has supported the design and development of this partnership and is committed to its implementation.

Currently, most communities have next to no access to climate finance for adaptation activities, while development efforts rarely encompass adequate preparation for the new risks.

Governments, donors and responders have yet to make full use of predictive science to take action at the community level before extreme events strike.

We must do more, faster, with more partners, and on a much greater scale; we need to harness local ideas and innovations, and scale them up globally.

Women and girls especially are on the front line; they have taken many important initiatives themselves, already improving lives and livelihoods and increasing climate resilience around the world. We must recognize that expertise and encourage and support their homegrown projects.

The climate crisis is not only about the future of our planet. It is an ongoing humanitarian crisis, with lives and livelihoods already on the line.

Now is the time to scale up climate mitigation and adaptation measures to alleviate its ongoing and future humanitarian consequences.

Khuvsgul province, Mongolia. Herder Oyunjargal Munkhjargal, 27, holding a newborn lamb in winter 2017. Her family, who were assisted by the Red Cross with food, clothes and cash, lost all but 20 of their 80 animals in a dzud disaster. Forecast-based action for dzud impacts is a recent example of climate-smart anticipatory humanitarian action by the IFRC and National Societies. (Library photo: Mirva Helenius/IFRC)