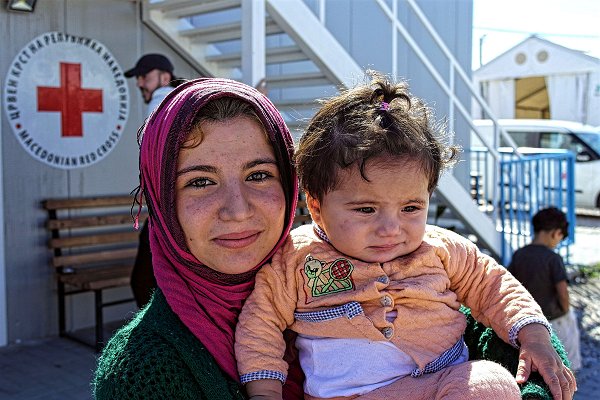 The UN High Commissioner for Refugees (UNHCR) said last week the world needs to prepare for millions of people being driven from their homes by climate change.

“I wouldn’t venture to talk about specific numbers – it’s too speculative – but certainly we’re talking about millions here,” Filippo Grandi said in an interview with Reuters at the World Economic Forum in Davos, Switzerland. “We must be prepared for a large surge of people moving against their will.”

Grandi told Reuters a recent ruling by the UN Human Rights Committee (OHCHR) implied that “if you have an immediate threat to your life due to climate change…and if you cross the border and go to another country, you should not be sent back, because you would be at risk of your life, just like in a war or in a situation of persecution.”

The judgement came in the case of Ioane Teitiota, a citizen of Kiribati, which may become the first island nation in the world to completely disappear under rising seas; he had brought a case against New Zealand after authorities there denied him asylum.

OHCHR ruled against Teitiota on the basis that his life was not at imminent risk, but said that in the future “[w]ithout robust national and international efforts, the effects of climate change in receiving states may expose individuals to a violation of their rights.”

Grandi added that “refugee movements and the broader issue of migration of populations…is a global challenge that cannot be confined to a few countries,” the Reuters report said.

The 1951 convention on refugees does not include climate change as an admissible reason for people to flee their country and seek asylum elsewhere. The UN already assists more than 70 million people forced to flee war and conflict.

In its most recent major report on the issue, the IFRC said a year ago that migration and displacement driven by climate impacts would be one of the “defining humanitarian challenges of the 21st century”.

Citing a variety of sources, the International Federation said more than 20 million people are now newly displaced every year on average by floods, storms, wildfires, extreme-winter conditions and landslides as well as earthquakes and volcanic eruptions.

One of UNHCR’s published key messages for December’s UN climate talks in Madrid was that while most people forced across borders by disaster or climate change do not fall within the current legal definition of a refugee, they [UN emphasis] “may nevertheless still be in need of international protection, on a temporary or longer term basis.”

The Gevgelija reception centre in the Republic of North Macedonia, where the local Red Cross has been helping people since the start of the migration crisis in Europe. Some 200 people were stranded in the centre after the borders had closed around them six months previously, many of them children and some, like the baby in the picture, born during the dangerous journey. (2016 library photo: Caroline Haga/IFRC)