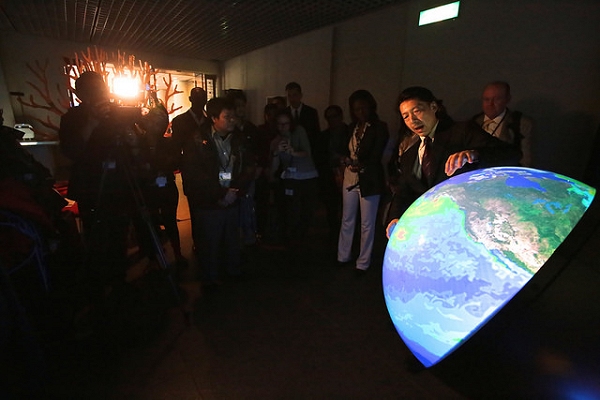 This began in 2015 – the first year when the global temperature was more than 1.0°C above the pre-industrial period.

The warmest year since records began in 1850 was 2016 when there was significant El Niño-related warming, unlike what’s expected for 2020, a Met Office press release said.

“Natural events such as El Niño-induced warming in the Pacific influence the climate system, but in the absence of El Niño, this forecast gives a clear picture of the strongest factor causing temperatures to rise: greenhouse gas emissions,” said Professor Adam Scaife, who is head of long-range prediction at the Met Office.

Met Office climate expert Dr Nick Dunstone also added: “Although the Earth has warmed by about 1.0°C on average since pre-industrial times, this isn’t spread evenly [and much of it] is occurring in the Arctic and over land masses.”

A year ago its central forecast of 1.10°C for 2019 “agreed closely with the latest observations of global temperature” last year, the Met Office noted.

A delegate at the World Conference on Disaster Risk Reduction in Sendai uses an illuminated globe to share Earth information in March 2015 – the first year in which the first when the global temperature was more than 1.0°C above the pre-industrial period. (Library photo: UNISDR via Flickr)