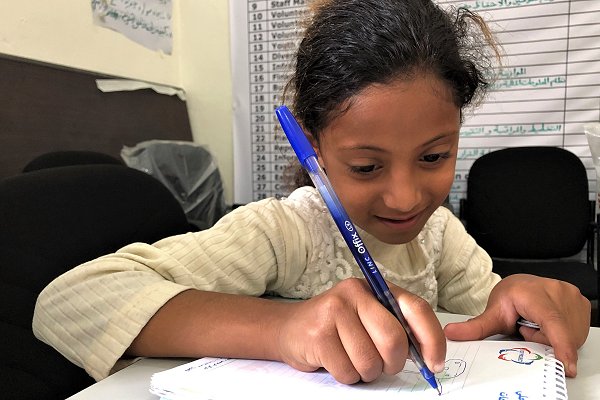 Senior figures in most of ten international humanitarian agencies, including the IFRC, have listed either climate change and violence against women and girls, or both, as among key issues they will focus on over the coming year, in a survey carried out by the Thomson Reuters Foundation.

“Millions of people around the world are already suffering the humanitarian consequences of climate change. Our priority will be helping communities to find innovative, low-cost, and sustainable adaptation and risk-reduction measures to the impacts of climate change,” IFRC Secretary General Elhadj As Sy told Reuters.

She added that the WFP, an FbF implementing agency, now planned to “[b]uild a global coalition promoting initiatives such as school feeding so as to unleash the full potential of 73 million vulnerable children in 60 countries by 2030.”

Danny Sriskandarajah, the Chief Executive of Oxfam GB, said the climate emergency is “pushing millions or people deeper into hunger and poverty, with more than 52 million across 18 African countries facing hunger due to extreme weather.”

For Dominique Burgeon, Director of Emergencies at the UN Food and Agriculture Organization, the priority was to “[s]cale up our efforts to engage with agriculture-reliant communities and boost their resilience before shocks like droughts or floods hit” through early warning early action.

This could “prevent a shock from becoming a crisis and is far more cost-efficient than post-disaster relief.”

Senior leaders from the International Rescue Committee, Christian Aid, Action Aid UK, Plan International and Catholic Relief Services also contributed to the survey, in which they were asked to name their top two priorities for 2020.

Their full comments are here.

A Yemeni child gets help from the Red Crescent at a centre for malnourished children in October. Several agencies canvassed by the Thomson Reuters Foundation directly or indirectly cited the war in Yemen as one of the most serious humanitarian crises in the world today. (Photo: Julie Lorenzen/Danish Red Cross)