Study: Expanding early action in Dhaka to include heatwave 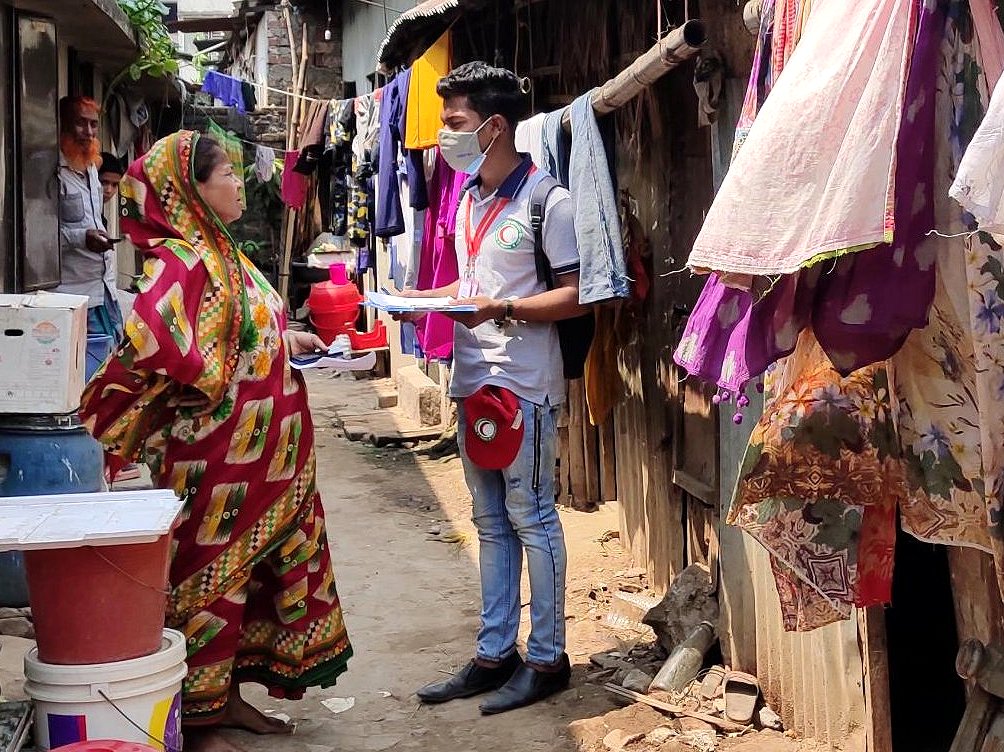 (A longer version of this article appeared first on the Anticipation Hub; the Feasibility Study on Heatwave in Dhaka was launched jointly by the Bangladesh Red Crescent, the Bangladesh Meteorological Department and the German Red Cross in Dhaka on Thursday.)

During the Covid-19 pandemic in 2020 we conducted a feasibility study to pilot heatwave anticipatory action in Dhaka. Then this year two rounds of stakeholder consultations were done to validate the study’s findings on thresholds, triggers and early actions for heatwave in Dhaka.

Our study revealed that people working outdoors such as van and rickshaw pullers, street vendors, construction workers and pedestrians are most exposed to heatwaves.

People living in informal settlements in poor housing conditions and with low incomes bear the brunt of the impacts. The elderly, infants, young children, people with underlying health conditions, and pregnant women are also disproportionately affected by extreme heat.

Due to the urban heat-island effect, the impact on the livelihoods and well-being of these vulnerable groups is particularly severe. People who have had, or are recovering from, Covid-19 are particularly vulnerable.

To advance efforts for anticipatory action for heatwaves in Dhaka, a simulation was conducted in April–May 2021 to test the triggers and early actions for heatwaves.

A global forecast for temperature with a ten-day lead time and national forecasts by the Bangladesh Meteorological Department (BMD) with a five-day lead time, were used for the pre-activation and activation stages of the simulation respectively.

To reduce the impacts of heatwaves on the most vulnerable people, a number of appropriate early actions were designed.

Due to the Covid-19 pandemic, a strict nationwide lockdown was in place during the heatwaves, so scenarios were developed to contextualize the early actions with and without such lockdowns.

Appropriate sets of early actions based on the situation on the ground were selected. As the city was in lockdown, cash grants and awareness raising were the two key actions implemented.

Later monitoring showed 86 per cent of beneficiaries spent most of the money on food while 79 per cent used a portion for medical expenses, as well as essential household items (28 per cent), cooling items (16 per cent), and education (14 per cent).

All the beneficiaries reported that the cash support was timely and effective at dealing with the heatwave and Covid-19.

We also learnt from this simulation that many beneficiaries had migrated from rural areas to Dhaka after suffering from the impacts of past flood events, while the Covid-19 pandemic was exacerbating their vulnerability to heatwaves.

The Dhaka City Corporation and ward-level offices were central to simulating early actions for heatwave, and we are looking forward to building on this pilot for to develop an early action protocol and expand this work to other areas of the country.

Because of the strict lockdown, awareness-raising activities on heatwave safety were limited to loudspeakers and (pictured) leafleting. (Photo: BDRCS)