Climate change at the centre of IFRC global strategy for 2030 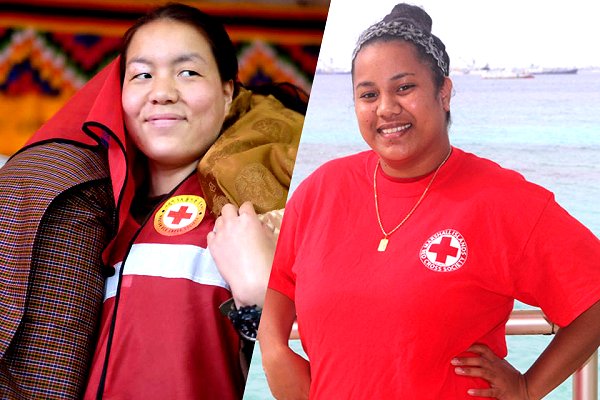 (This story has been edited mainly from today’s IFRC press releases issued in Geneva on the first day of its 2019 General Assembly.)

Climate-related shocks and hazards are among the major humanitarian emergencies confronting humanity, according to a new decade-long strategy adopted by the IFRC’s 22nd General Assembly that began today in Geneva.

Climate change emerged as a growing concern through an exhaustive two-year consultation with the entire Red Cross and Red Crescent network that led to the design of Strategy 2030.

The process highlighted how climate change is a growing concern for nearly every one of the 192 National Red Cross and Red Crescent Societies.

IFRC President Francesco Rocca said: “The message from our members and from our millions of volunteers couldn’t be clearer: climate change is an existential threat that is already completely altering the work we do, and the lives of the people we support.

“Tackling climate change will be our major priority over the coming decade. This means strengthening the capacity of every National Society so they can effectively respond in their own contexts, as well as investing heavily in methods to help communities adapt.”

Strategy 2030 places climate change and environmental crises at the top of a list of five global challenges that must be addressed in the coming decade.

IFRC Secretary General Elhadj As Sy said: “It is clear that the existing international humanitarian system will have to significantly transform  to cope with climate related challenges.

“Strategy 2030 is the IFRC’s commitment to this transformation, as well as to the communities we live and work in.”

Ways in which IFRC can reduce climate impacts – and even prevent them completely – include community strengthening, early-warning systems, early alerts and early actions, innovation, and new forms of financing.

Also today, the IFRC said its two newest members – the Bhutan Red Cross Society and the Marshall Islands Red Cross Society – both consider responding to the humanitarian impacts of climate change as one of their main priorities.

They were admitted as the 191st and 192nd full members of the IFRC by a unanimous vote at the General Assembly.

Mr Rocca, said: “Bhutan and the 29 coral atolls and five low-lying islands that make up the Republic of the Marshall Islands are examples of how the International Red Cross and Red Crescent Movement unites and brings peace and cooperation among diverse countries.

In Bhutan, climate change is contributing to heavier rains, flash floods and the emergence of new diseases.

Bhutan Red Cross staff and 2,400 volunteers in 20 branches are helping communities prepare by focusing on health, including training bus and taxi drivers in first aid, disaster management and climate adaptation.

‘The message couldn’t be clearer:
climate change is an existential threat
that’s completely altering our work
and the lives of the people we support’

The Marshall Islands Red Cross Society President, Dr Alexander Pinano, said: “Our country is at the forefront of the global climate crisis. Even as I speak, we are facing climate change-related increases in diseases including dengue fever as well as drought and regular coastal inundation because of large swells and king tides.”

Climate Centre Director Maarten van Aalst today said he was “very proud to see climate change front and centre of the international humanitarian agenda, given that its impacts on the most vulnerable people, especially, are likely to worsen if we don’t act quickly and ambitiously.

“It’s also highly encouraging for those of us who have been working in this area as specialists for many years see the IFRC step up to its rightful global leadership role.

“Equally, no one should be surprised if the IFRC’s two newest members, Bhutan and the Marshall Islands, themselves on the front line of climate impacts, hit the ground running with the issue.

“We join our secretariat colleagues in warmly welcoming them, and wish them luck rolling back the risks they face.”

Volunteers with the IFRC’s two newest members, Bhutan and the Marshall Islands, a photo montage the organization used illustrate their accession to membership, agreed unanimously at the 22nd General Assermbly that also adopted a new decade-long strategy with climate at the top of its list of priorities. (Photo: IFRC)