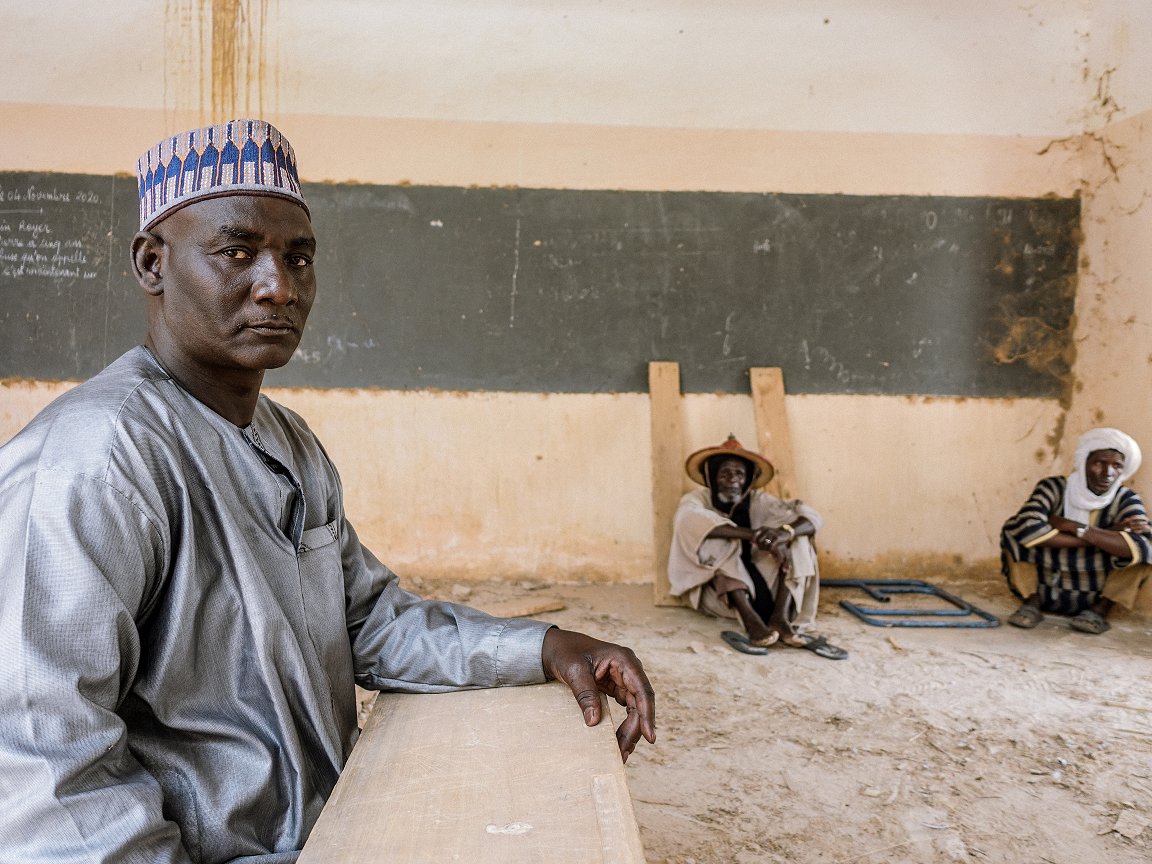 (This story, video, including drone aerials, and still photos were released by the ICRC yesterday. The text below has been edited slightly for length.)

A month ahead of COP 26, new testimony from Mali has laid bare how climate risks threaten communities in conflict zones.

The ICRC is warning that the climate crisis is making an already-dire situation much worse, with people struggling to adapt and recover from repeated climate-shocks.

Patrick Youssef, ICRC’s Regional Director for Africa, said that the world’s most vulnerable people – often those living through conflict – are the least able to overcome the impact the changing climate causes.

“Climate change hits the poorest and most vulnerable in the world,” he said. Farmers and other communities are unfortunately unable to cope with climate change.

“At COP 26 we call on world leaders to take concrete action, concrete engagement, to bring climate action closest to those suffering in silence.”

‘A lost generation, a generation condemned
to flee. Or be recruited’

The situation in Mali shows how those in need are struggling. Lake Faguibine sits in northern Mali, 80km from Timbuktu. In the 1970s, following increasingly disastrous periods of drought, the lake began to evaporate.

Gradually, sand dunes replaced the vast expanses of water and farming land irrigated by flooding from the River Niger.

Today, the region’s inhabitants have to make do with a rainy season of just three months, from July to September. For the rest of the year, temperatures approach 50°C.

For the six lakeside municipalities, the consequences have been catastrophic. Fishing is a thing of the past, and there has been a huge drop in agriculture and livestock activities.

Sand is devouring homes in the villages of Bilal Bancor, Bintagoungou and Mbouna.

Usable land is becoming scarce, provoking regular disputes between farmers and livestock herders. Mahamadou Ousmane is a farmer: “Not a day goes by without conflict between livestock herders and farmers. There’s not much space, and everyone wants a bit of what there is. So there’s tension.”

People are cutting the last remaining trees, exacerbating soil erosion and dehydration. But for some, there is no alternative if they are to survive.

Alhousna Walet Alhassane is a lumberjack. As a widow, she has to fend for herself: “I know it’s destroying the environment, but if I don’t do it, how am I going to buy food?”

Since the lake dried up, flammable gas has been seeping out of the ground. When it ignites, it destroys the few remaining trees. And it leaves the soil unsuitable for agriculture.

Moussa Mouhamadou Touré shows us the fields where he used to grow food: “Look how the colour of our soil has changed. It’s red, it’s black, it’s granules. The gas has burned all the soil, and the trees.”

Poverty has arrived, and the younger generation has no choice but to leave the villages and the region. The food security and economic survival of the villages are in danger.

In the past, the area around the lake exported timber, livestock, fish and grain to other parts of Mali, and to the neighbouring countries of Algeria, Côte d’Ivoire and Mauritania. People could buy textiles, motorbikes, household electrical appliances and spare parts.

Moussa Mahamadou Touré’s son has moved to the capital, Bamako: “The village is only functioning thanks to our brave children who have gone away. Fifty to sixty per cent of the population has left.”

The son tells the same story: “I came to Bamako because our parents were farmers, but there was drought all through our childhood. Those of us who are living here are dividing what we earn between ourselves and our families in the north.”

For those young people who do remain in the region there is another danger: recruitment by armed groups. There is little work, and the school in Bintagoungou is closed.

The mayor, Hama Abacrene, shows us a school building full of sand: “This is a school for almost 400 students. That’s an entire generation. A lost generation, a generation condemned to flee. Or be recruited.”

The ICRC has set up a project to stabilize 10 hectares of sand dunes in Bilal Bancor. The idea is to block off the main route by which the sand is advancing on the village.

More than 100 people from vulnerable households took part, which gave them the opportunity to earn a daily wage for approximately 20 days.

Hama Abacrene (at left) is the mayor of the commune of Bintagoungou in Timbuktu region. Desertification forced the closure of the only school nearby. He told the ICRC: “A force stronger than us has come and has changed everything: it is climate change. This school had to be abandoned due to strong winds and soil erosion. Imagine the disaster for these 400 children who are on their own,” making them easy prey for bandits and armed groups. (Photo: Birom Seck/ICRC)