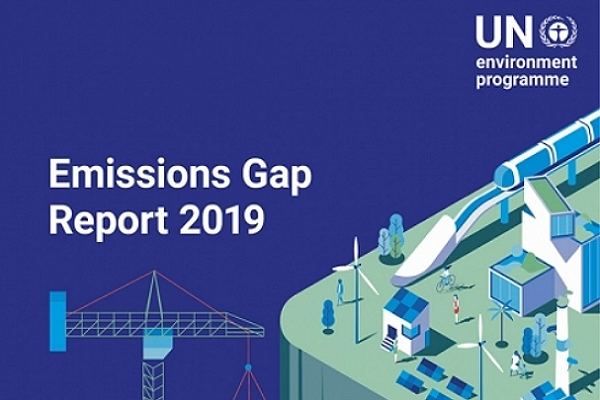 Two new warnings this week from within the UN system suggest that the world will struggle to meet even the modest ambitions of the 2015 Paris Agreement.

The United Nations Environment Programme (UNEP) said Tuesday even the less ambitious 1.5°C temperature goal of the Paris Agreement is now “at the brink of impossible”.

Even if all current commitments under the Paris Agreement are implemented, the global average temperature is now expected to rise by just over 3°C, “bringing even wider-ranging and more destructive climate impacts”, says the organization’s annual Emissions Gap Report.

Global greenhouse gas emissions must fall by 7.6 per cent a year until 2030 through stronger Nationally Determined Contributions, it calculates, or the world will not make the 1.5°C Paris target.

That translates into a fivefold increase in collective ambition to make the cuts in emissions needed.

Far from this being on the horizon, however, UNEP data shows average emissions rose 1.5 per cent per year over the last decade, with emissions in 2018 – including from land-use changes such as deforestation – reaching a new high of 55.3 gigatonnes of CO2 equivalent.

Even the 1.5°C goal of the Paris Agreement
is ‘at the brink of impossible’

“There has never been a more important time to listen to the science. Failure to heed these warnings and take drastic action to reverse emissions means we will continue to witness deadly and catastrophic heatwaves, storms and pollution.”

Inger Andersen, UNEP’s Executive Director, said that “countries simply cannot wait until the end of 2020, when new climate commitments are due, to step up action. They – and every city, region, business and individual – need to act now.”

“There is no sign of a slowdown, let alone a decline, in greenhouse gas concentration in the atmosphere, despite…the Paris Agreement,” said WMO Secretary-General Petteri Taalas.

Concentrations of methane and nitrous oxide “also surged by higher amounts than during the past decade,” the report adds.

Meanwhile, a group of researchers writing in Nature journal say the world may already have crossed a series of unstoppable climate tipping points – centred on polar ice and permafrost, forests, and coral reefs – posing “an existential threat to civilization”.

They note the tipping-point concept was first introduced by the Intergovernmental Panel on Climate Change 20 years ago when such “large-scale discontinuities” were considered likely only if the planet warmed at least 5°C above pre-industrial levels.

But recent IPCC special reports, they say, suggest tipping points could be crossed even with 1°–2°C of warming.

The “clearest emergency would be if we were approaching a global cascade of tipping points that led to a new, less habitable, ‘hothouse’ climate state,” they write in their commentary article, which was published this week.

The latest climate models run for the IPCC’s sixth climate assessment due in 2021 “indicate a much larger climate sensitivity [and] hint that a global tipping point is possible.”

The group acknowledge that other scientists “counter that the possibility of global tipping remains highly speculative,” but they add that however limited current understanding may be “[t]o err on the side of danger is not a responsible option.”

The annual UNEP Emissions Gap Report says even the less ambitious 1.5°C temperature goal of the Paris Agreement is now “at the brink of impossible”. (Image: WMO)