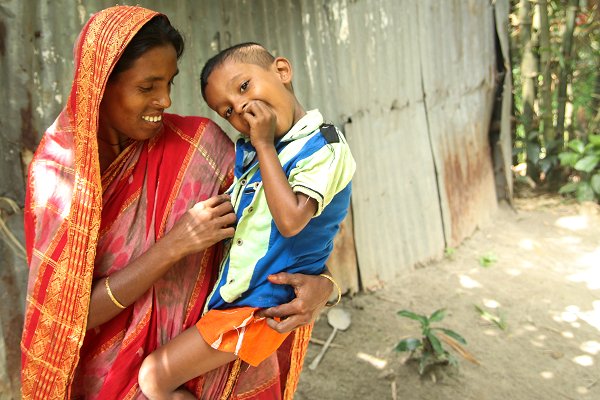 New research from 35 global institutions published last week in one of the world’s leading medical journals, The Lancet, has set out what it says are the lifelong health consequences for a child born today if the world follows a business-as-usual course on climate.

In order, the report says infants will be vulnerable to malnutrition associated with rising food prices; children will be among the most to suffer from the rise in infectious diseases; and adolescents will feel the impact of air pollution.

“Extreme-weather events will intensify into adulthood,” this year’s Lancet Countdown on Health and Climate Change adds, as “a record 220 million more over 65s [were] exposed to heatwaves in 2018 compared to 2000 – 63 million more than in 2017.”

Pursuing the Paris Agreement route to limit warming to well below 2˚C, however, “could allow a child born today to grow up in a world which reaches net-zero emissions by their 31st birthday – and secure a healthier future for coming generations.”

‘Our children recognize the climate emergency
and demand action. We must listen and respond’

“This year, the accelerating impacts of climate change have become clearer than ever,” said Professor Hugh Montgomery, Co-Chair of the Lancet Countdown and Director of the Institute for Human Health and Performance at University College London (UCL).

“The highest recorded temperatures in Western Europe and wildfires in Siberia, Queensland, and California triggered asthma, respiratory infections and heat stroke. Sea levels are now rising at an ever-concerning rate.

“Our children recognize this climate emergency and demand action to protect them. We must listen and respond.”

It’s a collaboration between 120 experts from 35 institutions including the World Health Organization, the World Bank, UCL, and Beijing’s Tsinghua University.

The 2019 authors call for the health impacts of climate change to be high on the agenda at COP 25 in Madrid next month.

Specifically on the issue of disease, the Lancet Countdown says that in the last 30 years, the number of “climatically suitable days for Vibrio bacteria that cause much of diarrhoeal disease globally have doubled…

“Spurred on by climate change,” it adds, “dengue [fever] is the most rapidly spreading mosquito-borne viral disease in the world.

“Nine of the ten most hospitable years for dengue transmission have occurred since 2000, allowing mosquitoes to invade new territories across Europe. Around half of the world’s population is now at risk.”

Lancet authors call for “bold action to turn the tide on the enormous health impact of climate change” through: the complete phasing out of coal-fired power worldwide; high-income countries meeting international climate finance commitments of US$ 100 billion a year by 2020; the expansion of sustainable public transport, including walking and cycling; and major adaptations to health systems to increase their capacity.

The Lancet’s newest findings underline the urgency of discussions at the International Conference of the Red Cross and Red Crescent next month in Geneva, when climate will be a key topic, writes Climate Centre Director Maarten van Aalst today, welcoming the new report.

The impact of climate change on human health is an absolutely fundamental concern to the IFRC, with its mandate centred on public health.

Just in September, for example, the Islamic Development Bank and the IFRC unveiled a major new initiative to combat cholera and other diarrhoeal disease – a Lancet focus – in the 29 member countries of the Organization of Islamic Cooperation.

Earlier this year, the IFRC and the Philippine Red Cross warned that urgent action was needed to contain a dengue outbreak in the Philippines as cases there soared and an unprecedented nationwide emergency was issued.

And National Societies across the world have been dealing with rising risk of heatwaves, including record-breaking heat in Europe this summer.

More broadly, the recent IFRC Cost of Doing Nothing report estimated that by 2050 more than 200 million people a year could need international humanitarian assistance as a result of storms, droughts and floods, compared to an estimated 108 million today.

As always, our concern is for the most vulnerable people, and our humanitarian response must be scaled up and include smarter action, especially at the local level.

We’ll need to be ready for this increased demand for response, but we must also redouble our efforts to reduce risk and scale up anticipatory humanitarian action to save more lives and make the most of every bit of precious humanitarian finance.

In that light, the Lancet Countdown also offers hope; there is an alternative to business as usual and we must heed the calls of the young all over the world to follow it: if anyone wonders why the young, in particular, are so exercised by the climate issue, the 2019 Lancet Countdown contains much of the answer.

Sirajganj, Bangladesh, October 2019. Mosammat Ambia and her family live on a char in Jamuna river and are among the people most vulnerable to rising tides and sea levels anywhere in the world. The family live with the constant fear of being displaced, as well as the unemployment that yearly seasonal floods brings. They received 4,500 Bangladesh taka ($53 US) and vegetable seeds from the Bangladesh Red Crescent Society after the most recent flood, but their house is in poor condition and the risks they face are rising with climate change, as this year’s Lancet Countdown describes in detail. (Photo: BDRCS via IFRC)