Can we see ‘risk’ from space? Humanitarian workshop at week-long Group on Earth Observations session 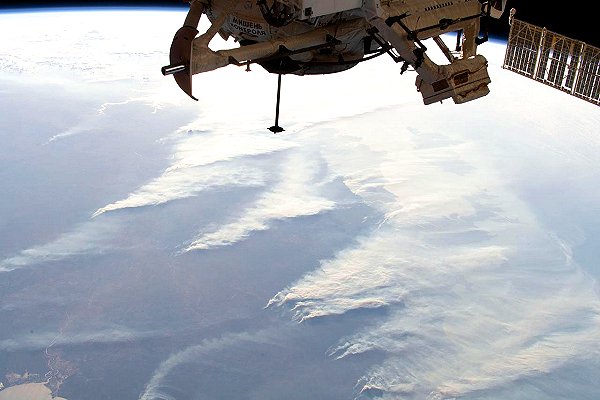 (An earlier version of this blog was published to coincide with GEO Week 2019: Earth Observations for Disaster Risk Reduction, in Canberra, where the Australian Red Cross and the Climate Centre presented at a side-event hosted by NASA and the IRI that focused on stronger links between EO and humanitarian action. GEO Week ended last Saturday after a ministerial summit called on “official development assistance programmes to consider how [they] can support greater use of Earth observations at all levels and across all sectors.”)

Floods have affected more people than any other type of disaster in the 21st century; over half all disasters that occur annually are hydrologic in nature.

Earth observations (EO) have a proven value in identifying floods as they occur in real time – where exactly they are and who they’re affecting.

Yet while satellite imagery has advanced the understanding of floods generally, the elements of risk reduction and early action get less attention than they arguably deserve.

Though the concept of risk is discussed frequently in the EO community, the idea of “visualizing risk from space” is poorly defined.

Observing where floods are occurring and where they have occurred in the past – and also analysing change over time – is important to an understanding of the risk of future flood events; but it is only a single element in a complex system of geophysical and socioeconomic analyses.

Additionally, not all floods are the same. In particular, flash floods, which can occur away from coastlines and river basins known to be hazardous, pose particular spatial and temporal challenges to understanding impact.

Now a collaborative effort between NASA and the American Red Cross, IFRC and Climate Centre – EO4HA – is aimed at a better understanding of which areas, and when, on a global scale may face increased risk, and in way that captures both geophysical and socioeconomic factors.

EO4HA is part of a wider movement to transition from simply disseminating data to full integration of the science underlying humanitarian decision-making in the field.

It encompasses scientists specializing in climate, data and socioeconomic areas who explore new research territory that connects science and society in practical and actionable ways.

We’re arguing at our GEO Week side-event that science will be better informed by engagement between humanitarians and data scientists, while GEO will benefit from the improved products and methodologies generated by the experience of humanitarians as a new user-base for EO.

EO4HA helps articulate how this can happen.

Shanna McClain, NASA Program Lead for Risk Reduction and Resilience and joint organizer of the GEO side-event, reflected that “the challenge is not whether data exists, but whether we’re talking to people who need to make decisions on the ground.

“With EO4HA, we are suggesting a new methodology, where we learn from the questions being asked and develop new solutions based on the context provided. This allows for improved data use and applicability, particularly in local settings.”

Veronica Bell, Head of International Development at the Australian Red Cross, said the key issue was whether we can get a more dynamic and accurate picture of risk through integrating Earth observations.

The Climate Centre’s Senior Pacific Climate Adviser, Olivia Warrick, said: “There’s often an assumption that if people can access data or a data-based tool to support decision-making like a model output, a risk map or a forecast, then they will do things differently. But this isn’t always the case.

“You also need to ask if users have requested that specific information, and do they know what to do with it?”

The humanitarian side-event was one of what the week’s organizers described as a “wide range of tailored sessions focusing on how EO can inform decisions on key issues related to disaster risk reduction, climate action, food security and other topics impacting our lives on a daily basis.”

Bush fires in Australia’s Northern Territory last month captured by cameras on the International Space Station, 260 miles above the Earth. The idea of visualizing risk from space is still poorly defined but increasingly discussed by scientists. (Photo: NASA)

*Andrew Kruczkiewicz is a faculty lecturer at the International Research Institute for Climate and Society, part of the Earth Institute, and a scientific adviser at the Climate Centre.