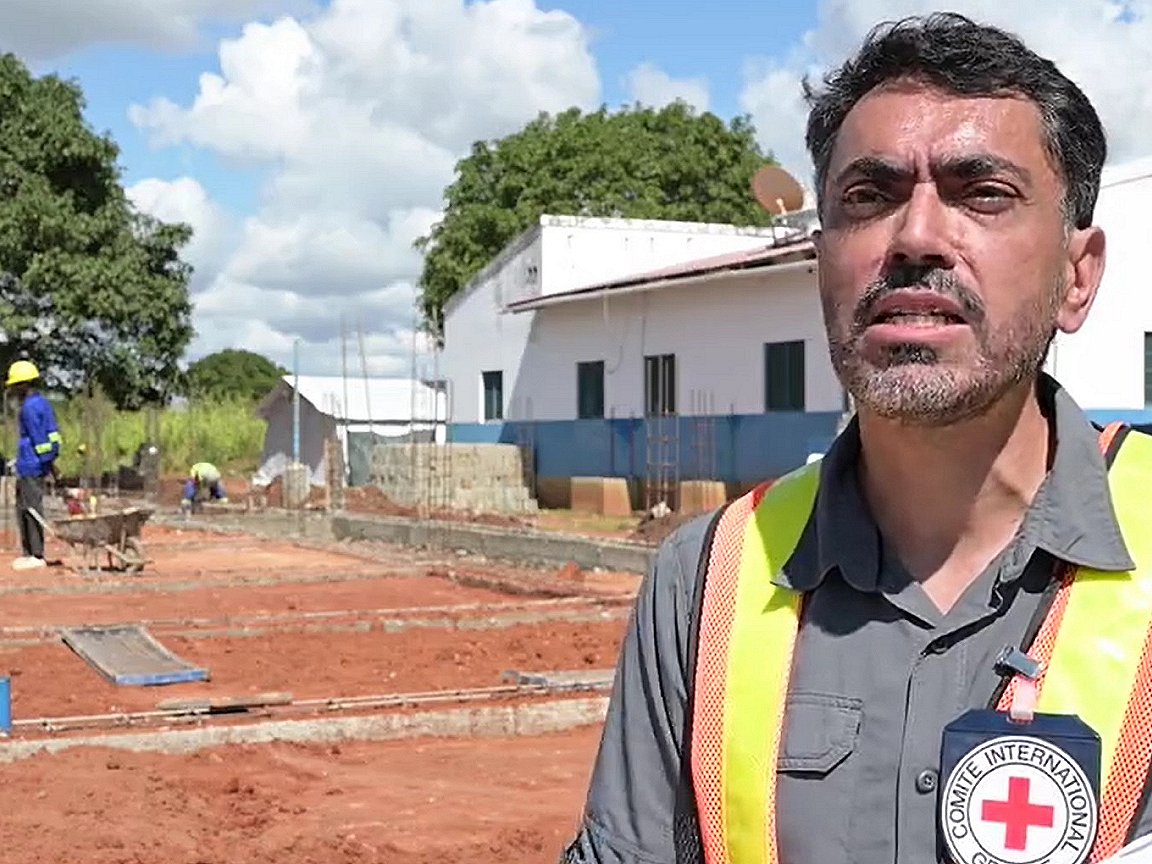 (This video and story appeared first on the ICRC website earlier today; the high-resolution video can be downloaded on registration.)

Massive displacement in Cabo Delgado, Mozambique’s northernmost province, has put an enormous strain on existing water and health facilities, some of which were previously damaged by extreme weather events.

As a result, a concerning shortage of safe water, sanitation and health services is a looming threat to public health for displaced people and host communities.

“A lot of people depend on this type of water and this is definitely not to any standards of public health,” said Dominik Stillhart, ICRC Director of Operations, who is completing a three-day visit to Cabo Delgado.

“I think it is very important to pay very serious attention to what is happening here, especially in the north of Mozambique.”

Mozambique has increasingly been facing the compounded impact of armed conflict and climate change in recent years, which takes a toll on people’s health.

More frequent cyclones and floods have damaged health and water facilities, such as the hospital on Ibo island, which was the only health facility serving the [Quirimbas] archipelago.

‘Because coastal areas are vulnerable
to climate shocks, all the ICRC’s
construction projects are conceived
and built with resilient infrastructure’

More than 800,000 people, one-third of the province’s entire population, have fled their homes due to the escalation of the armed conflict, finding shelter in urban areas and on the islands.

Displaced people frequently settle down in city outskirts, outside the coverage of the water distribution systems.

Rapid population movement and limited access to safe water sources in precarious settlements led to the rise of waterborne diseases like cholera and diarrhoea.

The ICRC has observed a correlation between the concentration of groups of displaced people, the absence of protected water sources and the spread of waterborne diseases.

According to WHO, the number of cholera cases in Cabo Delgado at the beginning of August 2021 was 3,400, compared to approximately 2,200 from the same period last year.

In the first semester of 2021, 28,602 cases of diarrhoea have been registered in the province, of which 40 per cent were registered in districts where ICRC has focused its work, such as Montepuez city and Ibo island.

Diarrhoea has become the second cause of death among children under five; Covid represents an additional risk, partially associated with the lack of hygiene.

A lack of functioning health facilities reduced the capacity of the health system to detect and respond to disease outbreaks; 80 per cent of health centres in the nine most conflict-affected northern districts of Cabo Delgado are not functioning.

The already fragile health infrastructure has been further weakened as a result of the armed conflict, even as the demand for health services increased by 20 to 30 per cent in southern areas of Cabo Delgado province that have been receiving displaced people.

The overstretched health facilities have been struggling with the shortage of space, overcrowding, and lack of staff and medical supplies.

The ICRC is working with local authorities to rehabilitate the existing water and health infrastructures, as well as build new ones, to improve access to health and clean water and prevent the spread of deadly diseases, both on the mainland – for instance in Montepuez – as well as on the islands.

The ICRC is constructing a new hospital on Ibo which will serve the entire 30-island archipelago. Because the coastal areas of Mozambique are vulnerable to climate shocks, all of ICRC’s new rehabilitation and construction projects are systematically conceived and built with resilient infrastructure to prevent as much as possible potential damage by natural catastrophes.