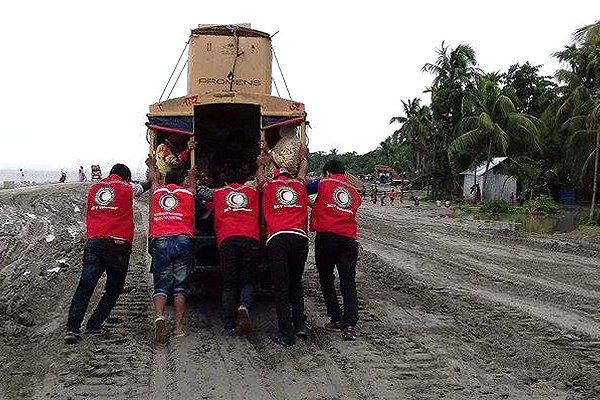 Two grave warnings with major humanitarian implications published this week and last by international scientists have highlighted the seriousness of the climate crisis facing humanity.

A declaration compiled by scientists from four leading universities and endorsed by more than 11,000 others from 153 nations says “untold human suffering” is unavoidable without significant shifts in human activities that contribute to climate change.

It’s based on an analysis of more than 40 years of publicly available data covering energy, temperature, population, GDP, deforestation, polar ice and carbon emissions, and was published Tuesday as a paper in the journal BioScience by authors from Sydney, Oregon State, Cape Town and Tufts universities.

“Climate change has arrived and is accelerating faster than many scientists expected,” said Professor William Ripple of Oregon State University College of Forestry and one of the lead authors.

“Despite 40 years of major global negotiations, we have generally conducted business as usual and are essentially failing to address this crisis.”

Dr Thomas Newsome of the University of Sydney’s School of Life and Environmental Sciences said: “Scientists have a moral obligation to warn humanity of any great threat. From the data we have, it is clear we are facing a climate emergency.”

‘Despite 40 years of global negotiations,
we have conducted business as usual
and are failing to address this crisis’

The paper lists six areas where climate impacts could be reduced: massive energy conservation and the replacement of fossil fuels with renewables, cuts in emissions of “methane, hydrofluorocarbons, soot and other short-lived climate pollutants”, reductions in land clearances and meat-eating, a shift away from the “growth of gross domestic product and the pursuit of affluence,” and stabilizing global population.

“While things are bad, all is not hopeless. We can take steps to address the climate emergency,” Dr Newsome added.

The group’s paper was timed to coincide with the 40th anniversary of the first world climate conference in Geneva in 1979.

The researchers say the expanded hazard is concentrated in coastal areas of Asia, and became evident when they used a new data set generated with machine learning that showed coastal elevations across wide areas of the world are much lower than previously calculated and more vulnerable to any given raised sea-level.

This could have “profound economic and political consequences within the lifetimes of people alive today,” according to a summary of the research on the website of Princeton-based Climate Central, where the study’s lead author, Scott Kulp, is Senior Computational Scientist and works on its programme on sea levels.

“Projecting where and when that rise could translate into increased flooding and permanent inundation is profoundly important for coastal planning and for reckoning the costs of humanity’s emissions,” the summary adds.

This involves estimating both future rises in sea levels and the elevations of coastal areas, but accurate data is generally either unavailable or too expensive outside the US, Australia and Europe.

A new “coastal digital elevation model” known as CoastalDEM, produced by Climate Central, helps fill the gap, the group say, and their estimates of vulnerable populations are “three times greater” than values generated by the prevailing methodology.

“These assessments show the potential of climate change to reshape cities, economies, coastlines, and entire global regions within our lifetimes,” said Dr Kulp.

“As the tideline rises higher than the ground people call home, nations will increasingly confront questions about whether, how much, and how long coastal defences can protect them.”

Climate Climate Centre Director Maarten van Aalst said the new data “gives a good idea of the sheer scale of the challenge we face, even with relatively optimistic emissions scenarios.

“But as Dr Kulp points out, the key issue for the future will be how we develop cities and coastal areas: where we live with how many people, and how we protect ourselves.”

Bangladesh Red Crescent volunteers distributing emergency supplies in Lakshmipur district after Cyclone Roanu made landfall in May 2016. Heavy rainfall was accompanied by a tidal surge that together affected some 700,000 people; such events might affect many more people than previously feared, especially in Asia, if new research on the true elevations of coastal regions is right. (Library photo: BDRCS)