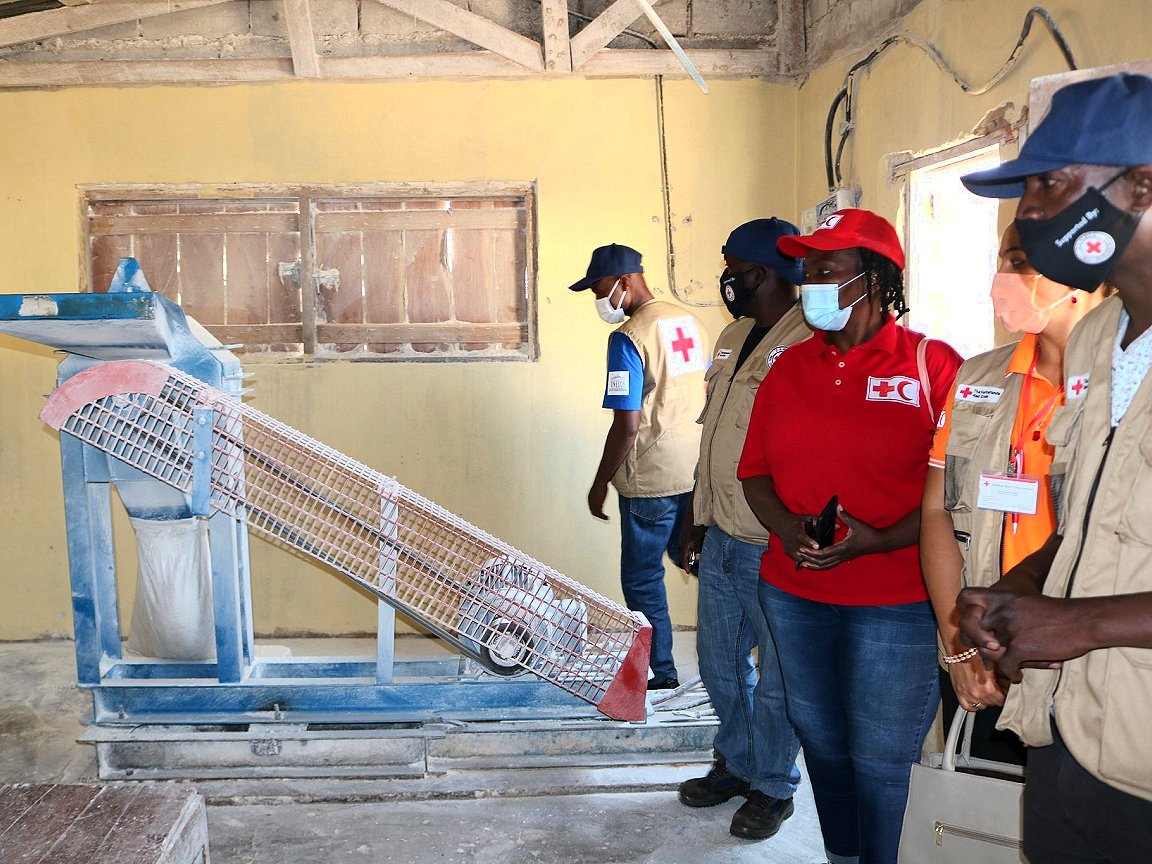 In Zambia in recent weeks, major components of the Netherlands-funded Response Preparedness II were handed over to the government and implementing Zambia Red Cross Society (ZRCS) branches as the five-year-old programme closed.

RP II included provision for forecast-based financing through an early action protocol for floods developed by the ZRCS, the IFRC, the Netherlands Red Cross and its 510 data specialists, and the Climate Centre.

At a special ceremony in Lusaka late last month, ZRCS Disaster Management Unit Manager Wina Wina said: “The system that will be handed over to the government today is going to clearly stipulate the triggers that will be adopted for response.”

Government first-responders in Zambia and the ZRCS will now be able to access the IBF portal – “an operational decision-making support tool that displays and disseminates early warning [and] information to support disaster managers in decision-making”, the 510 website says.

The portal system will be maintained by Smart Zambia – the government branch that looks after IT infrastructure.

Describing the forecast-based financing that underpins IBF as “very, very important and very scientific”, he added that FbF “helps responders be as ready as they can be” to take early action.

The early action protocol for Zambia was finalized a year ago with an allocation of nearly 250,000 Swiss francs from the special section of the IFRC’s Disaster Relief Emergency Fund.

That included more than 60,000 Swiss francs for readiness and pre-positioning and nearly 100,000 “automatically allocated to implement early actions once defined triggers are met,” the IFRC said.

The DREF’s forecast-based action fund is supported by the European Commission, the Netherlands, British and German Red Cross, and Italy.

“With the rainy season around the corner and the anticipation of flooding on several provinces, the [Zambian] Red Cross will now be ready to be the first implementers of early action,” NLRC Country Representative Marianne Deelder told the Lusaka handover event.

“We shall be available in the coming weeks to assist in any way possible,” she added.

The IFRC has described Zambia as a “climate-sensitive country”, through floods and prolonged dry spells and droughts, coupled with pest infestation and anthropogenic issues such as population movement and human and livestock health problems.

An assessment in North-Western Province had revealed “a country with a high exposure to floods and [general] high vulnerability.”

The EAP focuses on just over 30 districts that are at “high” or “very high” risk of flooding, including the capital, Lusaka.

An NLRC-Climate Centre brief published in July, however, said Zambia could also “be among the leading countries in adapting anticipatory action for slow-onset risks.

It was “ahead of the curve when it comes to embracing a growing movement towards multi-hazard risk management, and the ZRCS recently completed a multi-hazard contingency plan which addresses the compounding risks [of] floods, cholera, Covid-19, drought, crop diseases and election-related violence.”

A Zambia Red Cross team visits an RP II project site equipped with a hammer mill in north-west Zambezi district . Major components of the five-year-old project have been handed over to the government and the ZRCS. (Photo: ZRCS via social media)