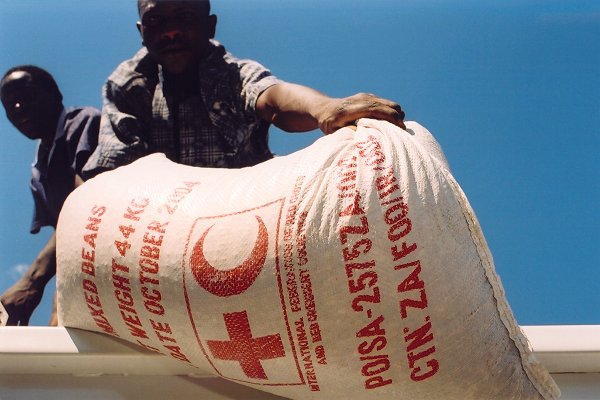 (This story is a press release issued by the IFRC jointly in Lusaka, Pretoria and Geneva last Tuesday.)

Communities across Southern Africa have been affected by drought since late 2018.

This year, large parts of southern and western Zambia received their lowest seasonal rainfall totals since at least 1981, the base year from which normal rainfall is benchmarked.

At the same time, northern and eastern parts of the country were affected by flash floods and waterlogging, resulting in poor harvests.

Kaitano Chungu, Secretary General of the Zambia Red Cross, said: “Before communities could recover from the impacts of flood episodes that characterized the 2017–18 season, the 2018–19 season has been hit by drought.

“The successive mixture of drought and flooding has been catastrophic for many communities.

“In most of the affected areas there isn’t enough drinking water, which means that people and animals – both livestock and wildlife – are having to use the same water points. This is unacceptable as it exposes people to diseases and creates a heightened risk of animal attacks.”

Some families in the worst-affected areas are surviving the food shortage by eating wild fruits and roots, a coping mechanism that exposes them to poisonous species which may be life-threatening or pose serious health risks.

Some of the Zambia Red Cross branches are among the aid groups that have been distributing food relief to hunger-affected communities on behalf of government for a few months now, but more help is needed.

The Zambia Red Cross and the IFRC are appealing for almost 3.5 million Swiss francs.

This appeal will fund efforts to provide sustained emergency and recovery-focused assistance to 57,000 people among the worst-affected by the current crisis.

‘Before communities could recover from flood episodes,
the 2018–19 season has been hit by drought’

Michael Charles, head of IFRC’s Southern Africa cluster office, said: “Our priority is to quickly provide emergency cash to vulnerable families. However, we want to go beyond simply stabilizing the situation: we want to offer sustained support so that people are better able to face and navigate future climate threats without needing external assistance.

“Ultimately our goal is about helping people become more resilient.”

According to experts at the Global Change Institute at the University of the Witwatersrand in South Africa, temperatures in Southern Africa have risen by twice as much as the global average.

In addition, GCI estimates that, based on current emissions, temperatures in the regional interior could climb 5°C to 6°C by the end of the century – well above the anticipated global temperature rise. Warming of that magnitude would be potentially catastrophic.

Life-threatening heatwaves would become more frequent. The production of staple crops such as maize and wheat would be severely impaired. Water resources, already at their limit throughout Southern Africa, would be dramatically reduced in quality and quantity. Livestock would not be viable over much of the sub-continent.

An earlier Zambian Red Cross-IFRC operation to assist people affected by drought in southern Zambia in 2005. Now scientists say the country and the region as a whole are facing potentially catastrophic warming this century that is already much worse than the global average. (Library photo: IFRC)