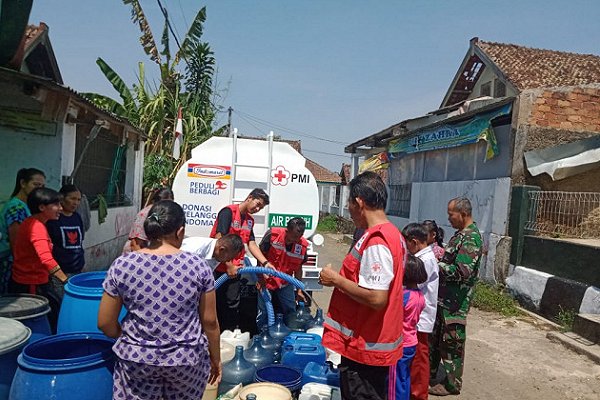 Nearly 50 million people in Indonesia may have been affected by the country’s long-running drought this year, local media reports and the IFRC last week quoted the government as saying.

Virtually the entire country – 92 per cent – has been “experiencing drought due to El Niño cycle at the end of 2018, resulting in a drier and harsher dry season,” an IFRC information bulletin said.

“A number of regional governments have reported scarcity of clean water, a declining supply of irrigation water, and crop failure,” the IFRC added.

The official dry season peaked in August, according to the Indonesia Meteorology, Climatology, and Geophysical Agency, which forecast the start of the rainy season in November; earlier this month the Jakarta Post said some areas had “started to enjoy their first rainfall in months”.

The United Nations Children’s Agency – in a report on wildfires in Kalimantan and Sumatra islands affecting nearly 10 million children – said that while forest and peat land fires were common in the dry season, “the situation is made worse this year because of a combination of factors, including extended droughts and global warming.”

UNICEF Representative Debora Comini said: “Poor air quality is a severe and growing challenge for Indonesia. Every year, millions of children are breathing toxic air that threatens their health and causes them to miss school – resulting in lifelong physical and cognitive damage.”