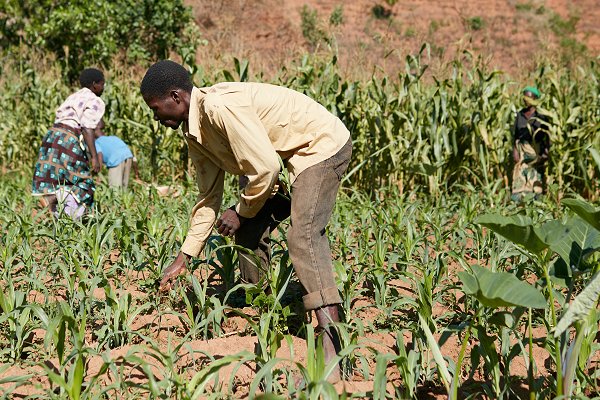 (Dr Michael Charles heads the IFRC Southern Africa Cluster. His article was first published by the Southern Times last month, before the September Climate Action Summit in New York, and was reproduced by the IFRC on Friday. It has been edited slightly here for length and time references.)

All countries in the Southern African Development Community are currently experiencing pockets of dryness. Worryingly for the sub-region, Angola, Botswana, Namibia and Zimbabwe have declared state of emergencies due to looming drought.

The Climate Action Summit in New York presented a timely opportunity for urgent global discussions that will hopefully culminate in concrete, realistic plans to address the disproportionate impacts of climate change on developing countries.

Southern Africa is one of the regions most affected by serious impacts of climate-induced natural disasters.

This year alone, a succession of cyclones and floods has already resulted in significant loss of life and assets in Malawi, Mozambique, South Africa and Zimbabwe, and kept humanitarian organizations busy with emergency responses, as well as recovery and rebuilding efforts.

Tropical Cyclones Idai and Kenneth were different in that they managed to attract global attention because they caused significant devastation during a short period.

Climate change-induced natural disasters in Southern Africa are often invisible in the global media, even though they are protracted and threaten the livelihoods of millions.

Even lower-level cyclones can cause devastating floods that are quickly followed by debilitating droughts.

Many national economies in Southern Africa are agriculturally based, and as long as climate change mitigation strategies enshrined in existing global policies are not wholeheartedly implemented, a significant portion of the 340 million inhabitants of Southern Africa could be food-insecure.

The effects of food insecurity and mass movements are felt most by the vulnerable in our communities, such as the chronically ill and disabled, and women and children.

They also place immense pressure on already strained health systems in many countries in the sub-region. With the necessary funds, the Red Cross Red Crescent Movement has the capability and is well placed to address some of the consequences. But urgent action is still needed on the climate change question.

Efforts for adaptation are essential not only to decrease the negative consequences but also to increase opportunities for communities to be more resilient in the long-term.

Countries in the sub-region are acting to decrease their response times to calamities and improve their communities’ readiness to mitigate impacts of natural disasters.

Mozambique is the first country in Africa to have an early action protocol approved; it harnesses the power of forecast-based financing to ensure that humanitarian responses are more proactive. Malawi’s protocol is under review and Zambia’s is currently in development.

The need for humanitarian assistance in Southern Africa in the latter part of 2019 and into 2020 will be greater with the imminent drought.