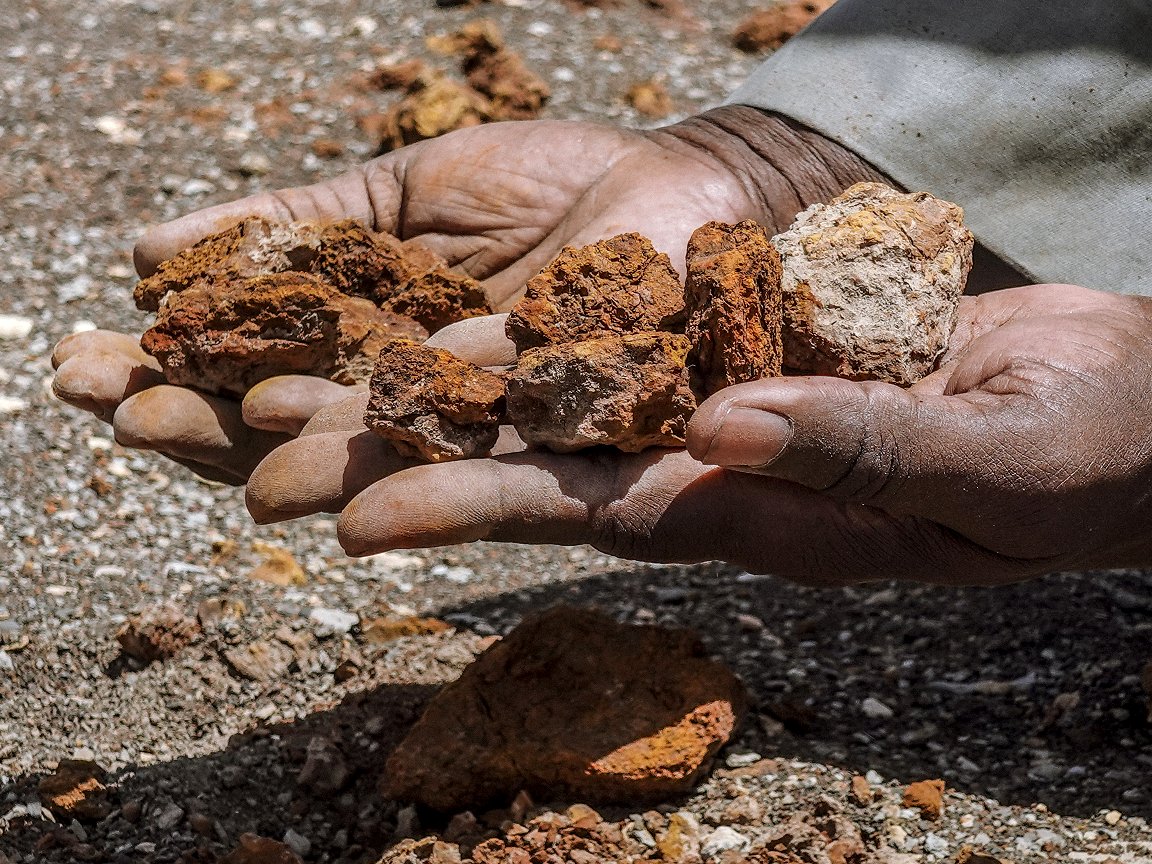 (This statement, timed to coincide with the lead-up to COP 26, appeared first on the ICRC website on Thursday; it has been edited here for time references. A full rundown of Red Cross Red Crescent engagement at COP 26 which began today, including D&C Days on 9 and 10 November, is now online.)

Climate change is everywhere, but in Mali, a country battered by nearly a decade of conflict, it is pushing families to the brink.

Hawa Dicko told me in a dusty, sprawling displacement camp how she lost her home twice – first because of the weather and then because of violence triggered by tensions over competition for water and grazing land.

One farmer recounted to me how changing weather patterns were making life increasingly difficult – even before his village was attacked and he was shot in the head, leaving him quadriplegic.

And a young herder, just 17, described how an [improvised explosive device] almost killed him when he went in search of water with his family’s cattle. Five months later, he is still recovering in Mopti’s regional hospital.

As world leaders gather in Glasgow for the COP 26 summit this week, communities living through conflict and climate crises cannot be forgotten. They are the ones most vulnerable to climate change, and yet are overlooked when it comes to climate action.

Mali is becoming hotter and drier,
while the Sahara Desert, which already makes up
two thirds of the country, is expanding

In Mali, the impact of climate change is adding to an already dire situation. Since 2012, armed conflict has profoundly disrupted the lives of Malians, spreading from the north to central regions, causing death, displacement and economic failure.

At the same time, Mali is becoming hotter and drier, while the Sahara Desert, which already makes up two-thirds of the country, is expanding. Annual rainfall is increasingly unpredictable. And extreme-weather events, like floods and droughts, are becoming more common.

This affects traditional migratory routes of livestock, pushing herders – like Hawa’s family – into areas where natural resources are under pressure, increasing the risk of tensions between them and farmers.

At the same time, conflict and instability make it all the harder for people to adapt to climate change, for example by modifying their farming methods, or changing livelihoods altogether.

Moreover, Mali’s neighbours are suffering too. Across the Sahel, which also includes Burkina Faso, Niger, Chad and Mauritania, connected and overlapping crises are rooted in a combination of escalating conflict, increasing food insecurity and accelerating climate change.

Climate hazards have already damaged around 80 per cent of the Sahel’s farmlands, according to the UN, drastically reducing food sources. Some 29 million people in the region are reported to need humanitarian assistance and protection, more than ever before.

Considering that the population is expected to more than double by 2050 – to over 190 million – there is a very real risk that people will be trapped in crisis for years.

The ICRC is seeing the severe effects of converging climate change and conflict in many other contexts too – from Afghanistan to Somalia and Yemen.

There is no doubt that people living in countries affected by conflict are among the most vulnerable to the climate crisis globally. They are also the ones most neglected in terms of appropriate funding and support.

In Mali, I saw terrible suffering. I also saw dignity and determination among people who want to be self-sufficient, to rebuild their homes and livelihoods, and to live in peace.

On a local level, there is no shortage of resolve to find ways to cope with the changing climate. But without decisive support from the international community, what is happening now in Mali will only get worse. And similar crises will multiply in many other places.

This means closing the funding gap between them and middle-income countries. And it means committing more funding to adaptation efforts, which still lags far behind funding for actions to mitigate the impact of climate change.

Both are equally important: ambitious mitigation measures are vital to curb the crisis and avert a humanitarian disaster. But the crisis is already having severe consequences and people need support to adapt.

Urgent collective action – at COP 26 and beyond – is critical.

The Mbouna village and commune in Mali’s Timbuktu region (photo) is badly affected by climate change and the drying up of lake Faguibine. “Plants used to grow on this land. Today a gas emanates from it and kills the trees,” a resident told ICRC visitors in June this year. (Photo: Mouhamadou Birom Seck/ICRC