COP 26: ‘African voices must be heard’ 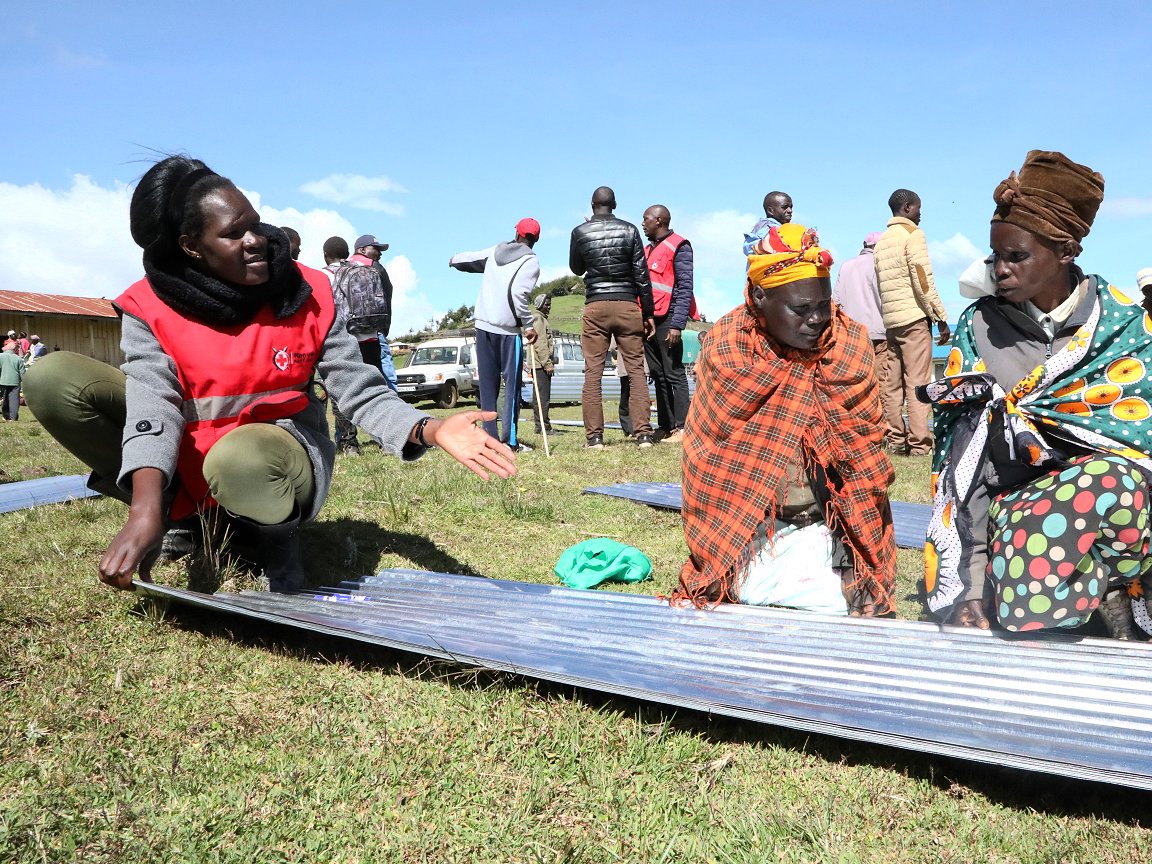 (This story appeared first on Friday on the website of the British Red Cross. A full rundown of Red Cross Red Crescent engagement at COP 26 which began today, including D&C Days on 9 and 10 November, is now online.)

I will be attending COP 26 in Glasgow with a clear message: the voices of communities on the front line of climate change need to be heard.

I want to represent the African experience. At the Kenya Red Cross, we see first-hand that the changing climate is driving more intense and frequent extreme weather events. As first responders to emergencies, we work side by side with communities to overcome the worst impacts.

But to put it bluntly, climate change is destroying countless lives. The scale and escalation of climate disasters in Africa is stark.

Over the last decade, Kenya has experienced some of its worst disasters, including drought, flooding, rising lake waters and locust invasions. In some instances, we are seeing both drought and flooding occurring in the same county at the same time.

Let me paint a disturbing picture. Last year, Lake Victoria rose to 13.41 metres, an elevation not seen since 1964. A number of other lakes in the Rift Valley Basin broke their banks, permanently displacing thousands of people.

‘To put it bluntly, climate change
is destroying countless lives’

The East Africa region also experienced the worst desert locust invasion in over 70 years. Heavy rainfall in late 2019 and the high temperatures due to climate changes resulted in vegetation regeneration. This, coupled with cyclones off the coast of Somalia, led to desert locusts in Kenya, which had an impact on many livelihoods.

Just over 2 million people and rising don’t have enough to eat, a figure set to rise. We are currently in the midst of a major drought which has been declared a national disaster.

The frequency and intensity of these extreme-weather events leave little to no time for communities to recover. Women and children are bearing the brunt of the worst impacts.

Earlier action can prevent predictable events. The scale of the challenge can feel overwhelming. But with the right financial commitments, we can save lives.

The fact is that many of these extreme-weather events can be predicted. We have highly accurate weather forecasting, so we can even predict when a rainy season is going to fall – threatening drought and even famine.

But we need to move from a focus on what the weather will be to what the weather will do. Still too often, governments and other agencies don’t respond until after major weather hits. This means that predictable events like flooding result in major disaster and suffering. Earlier action could prevent this.

There is much more we can do to be prepared, and also to mitigate some of these impacts. By focusing on getting early warnings in place, we can ensure that communities have the information they need and also the knowledge, skills and resources that are required, to take early action, and fast.

‘With the right financial commitments,
we can save lives’

In Kenya, the Red Cross has been working with the government, UN agencies, civil society, academics and meteorologists, to develop national early-action protocols for drought and flooding. We are currently in the process of running simulations on the finalized flood early-action protocol.

Why isn’t this happening the world over? A lack of planning and significantly a lack of funding.

Eleven years ago, the world’s largest economies made a commitment of $100 billion a year, to support developing countries adapt and cope with climate change.

We aren’t there yet. The COP 26 presidency’s climate finance plan was published this week and it now looks like this commitment won’t be delivered until 2023, three years later than planned.

We need to see climate finance commitments scaled up urgently and for global investment to reach local people and communities already suffering. They are on the front line and they are the experts at what is needed, locally.

Developing countries like Kenya contribute less to climate change. But our experience of its impact is vast and our learnings extensive. I have to be hopeful for the future, but I am scared. From what we see on the ground every day, it is clear that if this trend continues, we are in big trouble.

That will be my message when I attend COP26. Listen to us. Act with us.