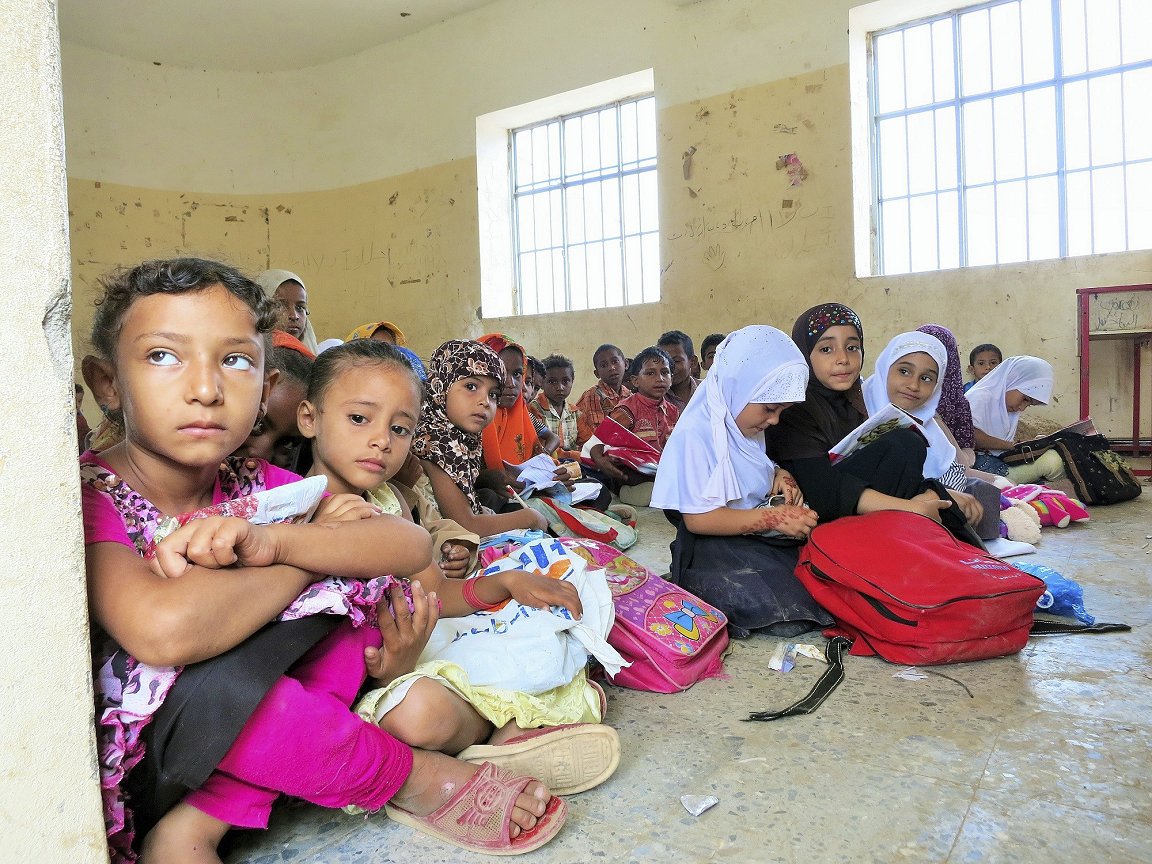 (This story appeared first last week on the website of The New Humanitarian, a news agency specialized in reporting humanitarian crises, with whose permission it is reproduced here, slightly edited for time references. Hugo Slim, a senior research fellow at the Las Casas Institute for Social Justice at Blackfriars Hall, Oxford, is the former Head of Policy at the ICRC, whose calls to COP 26 to strengthen climate action in conflict zones were published last month.)

Humanitarians have spent the last 30 years focused mainly on armed conflicts, not natural hazards, putting their organizations on a war footing while de-prioritizing climate-related disaster response. This needs to change. Let COP 26 be the catalyst for humanitarians to pivot away from war humanitarianism and towards climate humanitarianism.

This means collaborating with governments and local humanitarians to design a basic package of climate relief, while supporting people through climate transition and agreeing new legal protections in an International Climate Law (ICL) that would regulate climate emergencies just as International Humanitarian Law (IHL) regulates war.

For three decades, most UN agencies and humanitarian NGOs have built their organizations for war. They have mimicked the conflict mandate and operational approach of the International Committee of the Red Cross (ICRC), adopting its principles, its commitment to IHL, and its ways of working.

War aid has consistently taken the lion’s share of humanitarian funding. There was logic in this in the 1990s and early 2000s because conflicts were proliferating and humanitarian access to them was opening up after the Cold War. But today, the exponential increase in climate hazards poses a more existential threat to human life and international order.

Climate hazards – from extreme heat and wildfires to floods, droughts, and storms – are happening everywhere with an increasing incidence and intensity, while significant armed conflicts have only occurred in 40 of the world’s 193 countries so far this century. And in many of these war zones, humanitarians are often responding just as much to climate and environmental degradation as to specific conflict problems.

Pivoting to climate humanitarianism requires war humanitarians to remember much of what their agencies once knew about disaster management in the 1980s when climate hazards and disaster risk reduction (DRR) last dominated the humanitarian sector.

So, what is climate humanitarianism? It has to be much, much more than the currently underfunded and unprioritized DRR – last year, out of US$ 30.9 billion in humanitarian assistance, only US$ 1.9 billion went towards DRR. This won’t be enough as global climate hazards will not be occasional episodes but near-constant hazards that will set in train a whole-world transition in human geography, the world economy, and the rights and duties of human society. To match these global shifts, humanitarians must develop new forms of climate relief, transition support, and legal protections.

The climate crisis is already pushing hundreds of millions of people into disaster. Their needs are the first challenge for climate humanitarians as the changing climate kills the natural world around them, reduces their livelihoods, makes families much poorer, and increases rural-urban migration and family separation as adaptation strategies of last resort.

National and international humanitarians must work out a new practice of climate relief, and have made a good start in the ICRC and IFRC’s Climate Charter, which sets out seven commitments to climate action.

Climate relief must invest heavily in leveraging advances in AI-based anticipatory aid to predict extreme weather and cushion its blows. New relief practices are needed to protect people from extreme heat, to defend them against flood and fire, and to enable rapid evasion, rescue, and temporary relocation. Here, Bangladesh stands out as a world expert in hazard warnings and the temporary relocation of millions of people. Other countries may soon experience Bangladeshi conditions of repeated widespread disasters from floods and winds.

These practices must shape the new aid system that hundreds of millions of people need in the 2020s and perhaps even billions may need by the 2030s.

Climate relief and mitigation efforts will be unrealistic in large areas where adaptation is impossible. Instead, new forms of transition aid must help people make more profound climate transitions as they move to cities or newly emerging areas where conditions are more human-friendly.

Climate change will involve a massive devaluation of places that become agriculturally unproductive, and a major revaluation of cooler areas in the north, like the Arctic, which will open up to agriculture and mining. Money will move, people will move, and there will be major winners and losers.

A new global economy and human geography will emerge, and millions will suffer as new patterns of land use, living space, and production are thrashed out, and climate adaptation and mitigation are made real in new dams, walls, reservoirs, industries, survival technology, and political boundaries.

Infectious diseases will be moving and spreading differently too, just when we are likely to run into a crisis of microbial resistance to antibiotics. Health adaptation will be a major humanitarian field, alongside challenges of water, food, livelihood and living conditions.

Transition aid for hundreds of millions of people who are moving or adapting their living conditions and livelihoods with different degrees of success will need financial and technical support over years. Entrenched losers in the process will need some form of safety net.

Secondly, climate humanitarians must prioritize urgent political negotiations to agree how the Paris Agreement’s Loss and Damage payments – the exchange of money from the main drivers of climate change to the main victims of climate disasters – can be used to fund the long-term pivot to climate aid.

‘New laws must set out how people share
new land that emerges as productive,
and exit well from land that is dying’

War humanitarians have become well versed in IHL and promoted it fervently in the last 30 years. The challenge now is to develop some form of ICL that makes clear what humanitarian protections and assistance people can expect in climate emergencies and transition.

Climate justice demands agreement on new duties and laws to answer pressing ethical questions about people’s right to move repeatedly, their right to be cool and dry, and their “right to the city”. New laws must set out how people share new land that emerges as productive, and exit well from land that is dying.

Rules are needed to clarify when dams, drainage systems, and geoengineering are fair climate measures, and when they are unjust because they horde for a few and exclude many others. New rules about climate migration must protect people from warehousing, trafficking, and exploitation.

This process has started at the Human Rights Council last month with agreement on a new “right to a healthy environment”, and the appointment of a Special Rapporteur on Human Rights and Climate Change.

But these are just human rights. What about non-human rights? How shall we value non-human life and biodiversity at a time when our own human lives are pressed up against environmental limits? How should we divide transition budgets between saving human lives now and conserving environments for tomorrow?

COP 26 is the moment for every humanitarian to turn their attention to the climate crisis and start shaping a new climate humanitarianism fit for the 2020s and beyond.

After 30 years orbiting the ICRC as the humanitarian “gold standard” of war aid, today’s humanitarians must now look more to the Red Cross and Red Crescent Climate Centre, and the science, systems, and anticipatory action that it is pioneering with states and climate-affected communities.

The sector needs to adapt fast to shape a new form of climate aid if it is to be relevant and ready to support local organisations and millions of affected people through the disasters and transitions of climate change that will dominate humanitarian action for decades to come.

A school in Dhamar, Wusab Assafil district, Yemen, a country often seen as at the core of the “climate and conflict nexus”. They sit on the ground because their furniture is being used by IDPs. Hugo Slim argues in an op-ed for The New Humanitarian that the time has come to “pivot from war aid to climate aid”. (Library photo: Qusai Almoayed/ICRC)