Climate action is a central theme of Humanitarian OpenStreetMap summit 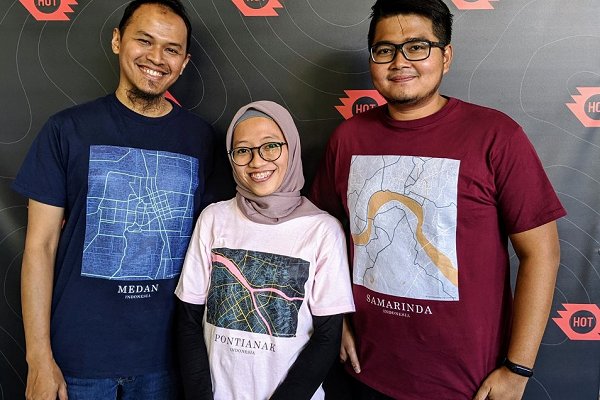 The Climate Centre shared the findings of the IFRC’s Cost of Doing Nothing report, published last week in the run-up to the Climate Action Summit at UN General Assembly in New York, and highlighted the importance of enlisting the knowledge and support of National Societies to help put at-risk communities on the ‘humanitarian map’.

HOT executive director Tyler Radford said he envisaged “a world where everyone is counted, and map data is accessible and used in decisions that improve and save lives,” stressing the key role of volunteers.

In this process the Red Cross Red Crescent has already trained many volunteers around the world to map their communities’ vulnerabilities.

‘Volunteerism, enthusiasm
and a strong sense of community’

Since 2013, HOT itself, the American and British Red Cross, and MSF have joined forces to create the Missing Maps project – an idea that has contributed to mapping thousands of vulnerable communities around the world through mapathons and other field work.

Yet in terms of specialist humanitarian mapping, many communities all over the world are still uncharted territory.

Addressing this information gap is seen as a crucial element in achieving the ambitions discussed at the UN summit: decision-making for risk reduction, anticipating disaster, effective emergency response, and long-term recovery partly depends on data that can be captured by crowd-sourced mapping.

“There is so much in common between Red Cross Red Crescent Movement volunteers and HOT mappers: volunteerism, enthusiasm and a strong sense of community among them,” said Luke Caley, who leads on information management at the IFRC and was at the conference in Heidelberg.

“Joining these two forces will be fundamental for us to understand and take action to reduce disaster risks in a changing climate.”

The OpenStreetMap volunteer network now includes more than 250,000 people and is seen as having played an important role in major relief operations, including the 2010 Haiti earthquake, Tropical Cyclone Idai in Mozambique and Hurricane Dorian in Bahamas.