Partners for Resilience to #climateaction summit: ‘Speed up support for the most vulnerable’ 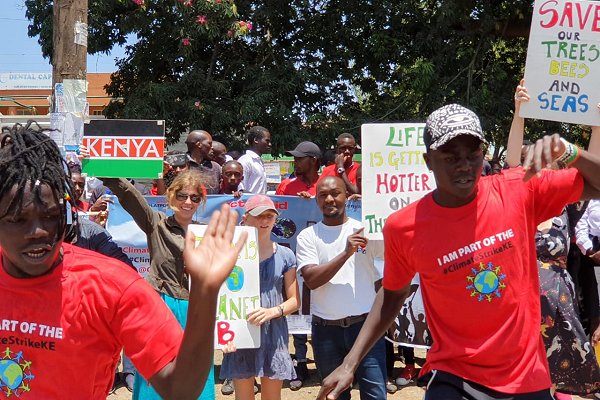 (A version of this story appeared earlier today on the PfR website. It has been edited here for length.)

Partners for Resilience (PfR) are today calling on world leaders gathered in New York for the UN Climate Action Summit to ensure that by 2023 at least half climate finance for developing countries “is for adaptation and provides the critical support to communities…the most vulnerable, and particularly women’s groups, on the front lines of the climate crisis”.

In a statement published on the PfR website, the alliance – Care, the Climate Centre, Cordaid, the Netherlands Red Cross, Wetlands International and their local implementing partners – says it is “putting forward recommendations on initiatives that have a proven track-record on building resilience to climate change and environmental degradation impacts.”

Building on almost a decade of work in ten developing countries to increase community resilience to disaster risk, PfR “has a proven record in accelerating climate adaptation by bridging the gap between humanitarian, development and environmental sectors.

“PfR urges leaders to scale up nature-based solutions and avoid the further degradation and loss of ecosystems which, when combined with the high vulnerability of communities, leads to increased disaster risks.”

‘Nature-based solutions are a major area of interest
to global leaders looking to ramp up adaptation,
resilience and decarbonization’

Wetlands International CEO Jane Madgwick, who is in New York, said today: “Nature-based solutions have to be based on sound knowledge of how factors such as changes in water flows, sedimentation, infrastructure, vegetation, land use and climate change influence the ability of ecosystems to support society’s demands.

“Such systems-thinking and multi-disciplinary collaboration to re-design landscapes for future resilience enables innovation and…best practice for nature-based and hybrid solutions.”

The PfR alliance says it is encouraging governments to harness successful examples on adaptation to plan ahead for both imminent hazards and future risks.

It cites the IFRC Cost of Doing Nothing report, published last week, on the impact that climate change is having and will continue to have on some of the world’s most vulnerable people.

“By investing in climate adaptation and disaster risk reduction, including through efforts to improve early warning and anticipatory humanitarian action, the world can avoid a future marked by escalating suffering and ballooning humanitarian response costs,” said IFRC President Mr Rocca.

The PfR alliance says nature-based solutions, from mangrove restoration to green infrastructure, have become “a major area of interest to global leaders looking to ramp up their adaptation, resilience and decarbonization efforts”.

It is calling for them to be mainstreamed into national planning for adaptation and development “to send strong signals to the private sector and generate demand for finance”.

Wetlands International is this week unveiling two related initiatives in New York it hopes will contribute to this objective: Blue Lifelines for a Secure Sahel and Building with Nature in Asia, while PfR are also supporting UN Habitat’s new urban resilience programme.

A scene from Friday’s climate strike in Kenya. “We’re not there yet,” @antonioguterres told yesterday’s youth event ahead of the Climate Action Summit. “But I feel there’s a change in momentum largely due to your initiative and courage.” (Photo: Maurine Ambani/Kenya Red Cross Society)