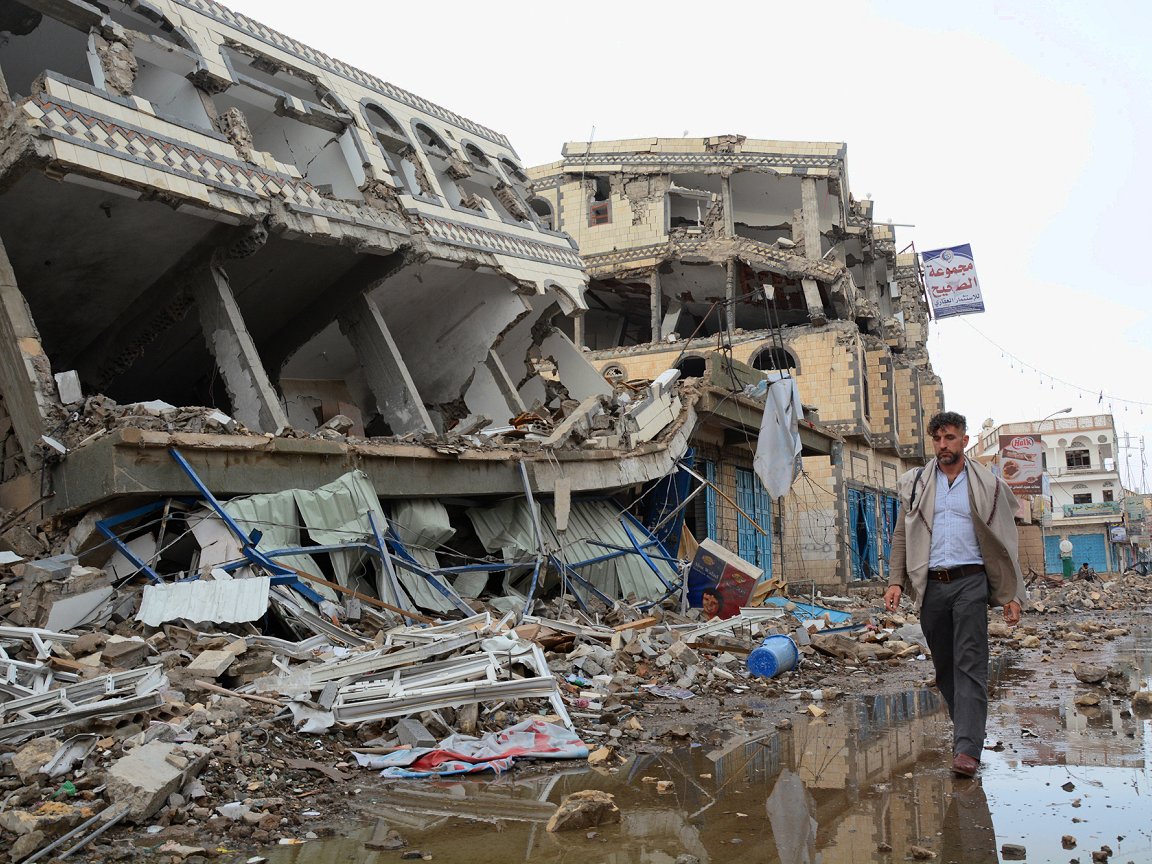 (This story appeared first last week on the website of Thomson Reuters Foundation. It has been edited here for time references and house style only.)

In the six years since the Paris Agreement on climate change was adopted in 2015, Madagascar has had only one decent rainy season, leaving more than a million people severely hungry in the south-east African island nation.

The drought and unexpected sandstorms have ruined crops in the south, according to the UN World Food Programme, forcing families to eat locusts, wild leaves and cacti, with their malnourished children too weak to laugh or cry.

About 14,000 people in Madagascar are now on the brink of famine.

From Madagascar to Afghanistan, where drought is displacing people already beset by conflict, hotter global temperatures are stoking hunger, poverty and migration among tens of millions in the most fragile countries, UN agencies warned last Tuesday.

Aid workers are struggling to keep pace with the rising number of disasters even at global warming of 1.2 degrees Celsius today, the UN humanitarian agency OCHA said at the COP 26 climate talks in Glasgow, pointing to the challenges of operating in troubled places like Haiti, Mali and Yemen.

“A rise of 2.7 °C, our current trajectory, or beyond would lead to a runaway global humanitarian crisis, the sheer magnitude of which would seriously threaten the [aid] system’s collapse,” it said in a preview of a report to be released early next year.

‘Tens of millions today have run out of time
because for them, the climate crisis is real –
it’s daily, it’s irreversible and it’s now’

The research highlights that from 2000–2019, nearly 7,000 disasters were recorded worldwide, a rise of 83 per cent from the previous two decades, with floods increasing by 134 per cent over that same period and extreme temperature events by 232 per cent.

“I believe we have already run out of time,” OCHA’s chief of policy Hansjoerg Strohmeyer told journalists in Glasgow.

“Tens of millions today have run out of time, because for them, the climate crisis is real – it’s daily, it’s irreversible and it’s now.”

Aid agencies called for far more funding to be channelled into efforts to help vulnerable countries adapt to the more extreme weather and rising seas now affecting most parts of the world, with poorest communities hit hardest.

Richard Blewitt, who leads international work for the British Red Cross, said the funding available to help people on the frontlines of climate change, many in poor African nations, was far too small and failing to reach those most in need.

He contrasted the roughly 30 billion euros (US$ 34.8 billion) Germany is deploying to fix up destruction after this summer’s floods, with flooding in Niger in West Africa that is driving people from their homes.

“We have a great inequity in addressing our climate crisis,” he said.

The agencies called for governments to deliver on an unmet promise to provide US$ 100 billion a year from 2020 to help developing nations tackle climate change, and to ensure the money makes a difference to lives in places like Niger and South Sudan.

In a bid to build the resilience of vulnerable people to climate change impacts, donor governments have this week made new contributions to two key funds set up to help the world’s poorest countries adapt to a warmer planet.

On Monday, the British government said more than US$ 232 million had been committed to the Adaptation Fund, its highest single mobilization, by itself and others including the United States, Canada, Sweden, Finland, Ireland, Germany, Norway, Qatar, Spain and Switzerland.

The European Commission followed with a further pledge of 100 million euros (US$ 115 million) to the fund.

In addition, more than US$ 450 million was mobilized for initiatives and programmes that strengthen locally led approaches to adaptation, while Britain allocated 290 million pounds (about US$ 393 million) of its international climate finance for adaptation, including a large resilience programme in Asia.

Last Tuesday at COP 26, 12 donor governments pledged US$ 413 million to the Least Developed Countries (LDC) Fund, the only climate resilience fund that targets the 46 poorest countries and has helped more than 50 million people since 2001.

Yet despite the new money, finance for adaptation – at little more than US$20 billion a year – remains far below the annual US$70 billion in estimated needs among developing countries – an amount that could rise to US$ 300 billion by 2030, the United Nations said last week.

‘Adaptation and resilience work,
and early investments protect lives
and livelihoods. The financial tools and
technological solutions … are available now’

In the Paris Agreement, governments said they would aim for a balance between international funding for emissions reductions and adaptation in vulnerable countries.

But so far only about a quarter of climate finance goes to programmes to boost resilience through things like installing early warning systems for storms and floods, planting mangroves in coastal areas and adopting drought-tolerant crops.

IFRC Secretary General Jagan Chapagain said global leaders were “making progress”, but the commitments at COP 26 so far were “too small and unbalanced”.

He called for more support for adaptation and for repairing the loss and damage caused by climate change, adding “we need to make sure this funding really reaches the most vulnerable communities”.

At a UN-led event last Monday, an official from the Philippines talked about how her government is working to lower the cost of flood insurance for small businesses by pooling risk and using geo-tagging.

The head of Niger’s weather service, meanwhile, presented a countrywide flood atlas and a system to train villagers and use WhatsApp to warn them before rivers burst their banks, noting that 2 million people had been affected by floods since 2010.

The German government said it planned to earmark 5 per cent of its humanitarian spending for such anticipatory action by 2023.

UN agencies, meanwhile, said the world needed a major scale-up of the test projects they and others have carried out, from Bangladesh to Ethiopia and Malawi.

Selwin Hart, the UN Assistant Secretary-General for Climate Action, said climate impacts were now “unprecedented” and would escalate even if global temperature goals are met, calling for urgent action and funding to keep people on the frontlines safer.

“We know that adaptation and resilience work, and early investments protect lives and livelihoods,” he said. “The financial tools and instruments, and technological solutions … are available now.”

Sa’ada city in Yemen, hit by airstrikes after the conflict intensified in 2015. The country has become one of the main case studies of the conflict-climate nexus and was named by the UN at COP 26 as among those that are especially challenging for the humanitarian sector to operate in. (Library photo: Philippe Kropf/OCHA)