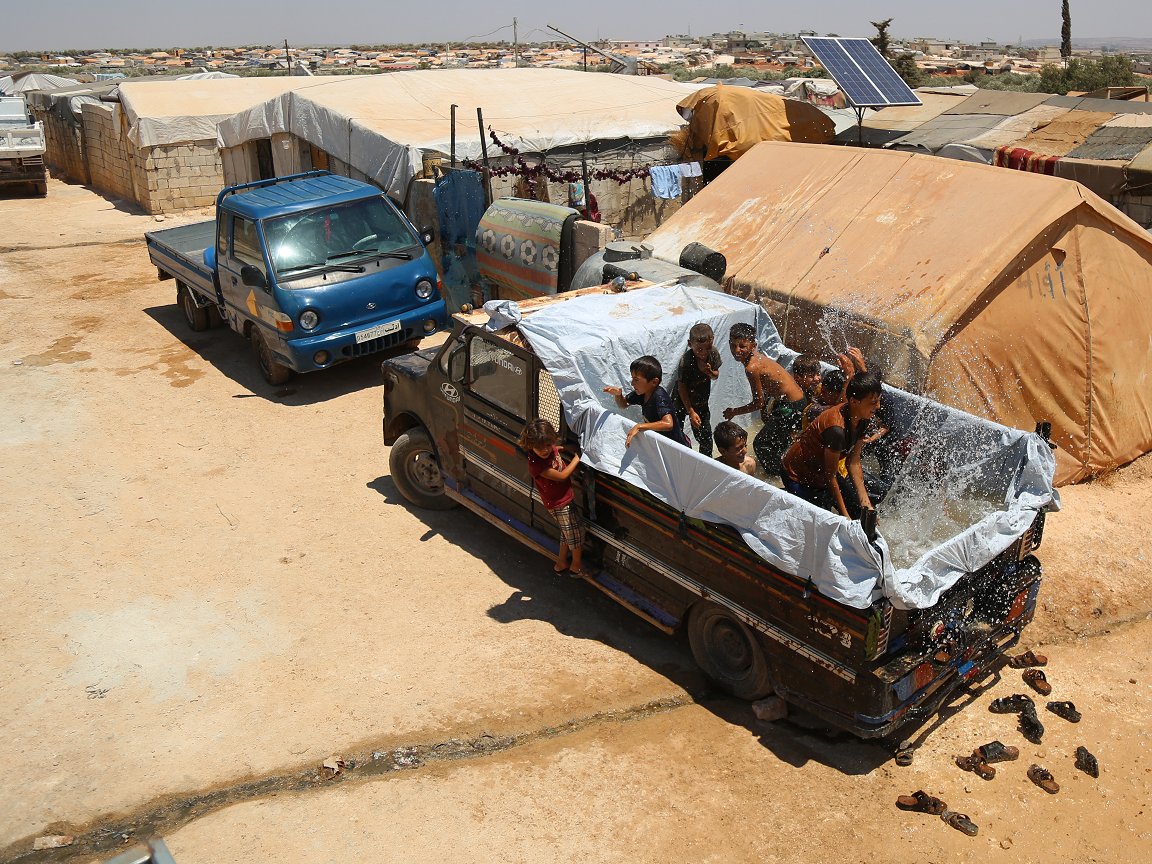 The United Nations and its partners today launched the Global Humanitarian Overview 2022 (GHO), which estimates that more than 270 million people worldwide will need emergency aid and protection in 2022 – a 17 per cent increase on last year.

Just over US$ 40 billion is needed for the 183 million people most in need in the 63 countries covered by humanitarian response plans, but “funding remains well below what is needed”, according to the UN humanitarian chief Martin Griffiths.

On the climate crisis, he added that it “presents an immediate existential threat to the lives and livelihoods of many. In 2020, extreme climatic and weather events drove almost 16 million people into food crises in 15 countries…”.

‘We need to get ahead of the shocks’

The GHO is a snapshot of current and future trends in global humanitarian action and in major efforts to mobilize resources.

It was launched from Geneva at a mainly online event with a welcome message by UN Secretary-General António Guterres, followed by presentations in Berlin, Brussels, London, Stockholm and Washington, D.C.

“We need to get ahead of the shocks,” Sibylle Katharina Sorg, humanitarian assistance director at the German Federal Foreign Office told a panel on climate at the Berlin event, jointly hosted by the German government, that focused on the need to step up anticipatory approaches.

“Today about 20 per cent of needs are predictable, more or less. Improved data analytics and forecasts mean that we are able to act early and to really anticipate.

“That’s where anticipatory action comes in. It’s one of the very few innovative instruments we have: it saves lives, it reduces needs ahead of disaster, it protects livelihoods and development gains, it’s more effective and less expensive…

“This is why we are committed to scaling up anticipatory action and trying to bring it into the mainstream of the humanitarian system.”

The Berlin panel on climate also included UNICEF Executive Director Henrietta Fore, Aisha Jamshed, Pakistan Country Director for Welthungerhilfe/Start Network, and Climate Centre Director Maarten van Aalst, who said anticipatory action was starting to happen at “a much larger scale, but the funding isn’t quite there”.

Many donors had been following the German donor’s lead on anticipatory action, he added, but what was needed was “investment in systems so local actors know what to monitor and are ready to act – in addition to providing more effective humanitarian assistance, the analyses should also inform long-term risk management and adaptation.

“Climate finance could be better targeted and thus reduce human suffering and funding needs. The investment is worth it; we’re ready for it; we know what to do with it.”

Through projects by UN agencies, NGOs, governments and the private sector, 107 million people were reached last year – 70 per cent of the target, according to a press release from the UN Office for the Coordination of Humanitarian Affairs (OCHA), which oversaw the GHO launch.

But it adds that in 2021 so far, “international donors have provided more than US$ 17 billion for projects included in the GHO. But funding remains less than half of what the UN and partner organizations requested.”

In the back of a truck made into a temporary paddling-pool, Syrian IDP children cool down from the deadly heatwave earlier this year, aggravated by climate change. Drought is a growing concern in the country, with poor rainfall and the Euphrates at a historic low, according to OCHA. UN partners were delivering millions of litres of water to families, as well as other measures. The photo was distributed by the UN to coincide with the launch of this year’s Global Humanitarian Overview. (Photo: Ali Haj Suleiman/OCHA)