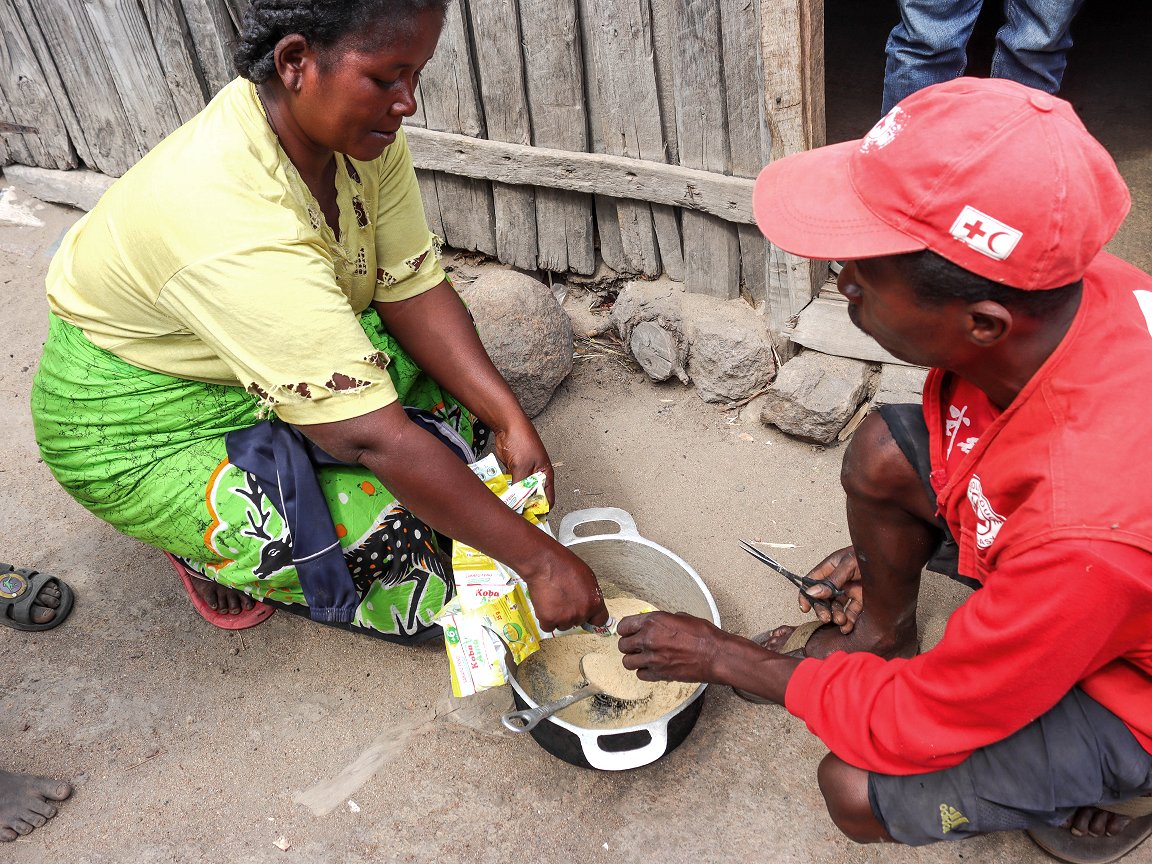 (This story is a press release issued to the media yesterday by the World Weather Attribution group of scientists, which includes the Climate Centre. It has been edited slightly here for length only.)

Poverty, poor infrastructure and dependence on rain-fed agriculture, combined with natural climate variability, are the main factors behind the food crisis in southern Madagascar, with climate change playing no more than a small part, according to an attribution study conducted by an international team of climate scientists.

The research points to the need to address poverty and improve infrastructure in the region to prevent future food crises.

Following two consecutive rainy seasons in which rainfall has been only 60 per cent of average – the lowest in 30 years – southern Madagascar is experiencing a severe drought associated with crop failures and a humanitarian crisis affecting more than one million people, with tens of thousands facing famine-like conditions.

To calculate the influence of climate change on this low rainfall, the scientists analysed weather records, climate projections and computer simulations to compare the climate as it is today, after about 1.2°C of global warming since the late 1800s, with the climate of the past, following peer-reviewed methods that underpinned some of the key findings of the recent IPCC report.

The researchers found that rainfall in the region is highly variable and estimated that a drought event such as this one has a 1 in 135 chance of occurring in any given year in today’s climate.

While climate change may have slightly increased the likelihood of reduced rainfall over the last two years, the effect is not statistically significant, meaning its contribution is too small to be separated from the natural climate variability in the region. Instead, the study finds that vulnerability to low rainfall is the main factor behind the food crisis.

More than 90 per cent of people in the region live in poverty; poor infrastructure and dependence on rain-fed agriculture make them extremely susceptible to drought.

Covid restrictions, necessary to limit public health impacts, also stopped people from the region going elsewhere in the country to find work, as many people have done at other times. The combination of rainfall variability and the vulnerability of the region means that food crises will continue to hit the region until the underlying risk factors are addressed.

Climate Centre Director Maarten van Aalst said: “The population of southern Madagascar is highly exposed to the consequences of extreme weather events. When most people survive on a low income and rely on year-to-year crops, the effects of prolonged droughts or flooding can be devastating.

“What we are seeing with this event in Madagascar shows that in many cases we are not even prepared for today’s climate. Addressing the vulnerability in the region and improving the living conditions of the population remains critical.”

Izidine Pinto, Technical Adviser at the Climate Centre and a researcher at the Climate Systems Analysis Group of the University of Cape Town, said: “Droughts are a recurrent problem in southern Madagascar. The current COVID pandemic and a combination of two consecutive years with reduced rainfalls has exacerbated food insecurity in the region.

“If global emissions continue to rise, drought conditions could worsen in the future, exposing more people to
hunger and malnutrition.”

Friederike Otto, Senior Lecturer in Climate Science at the Grantham Institute for Climate Change and the Environment, said: “While our analysis cannot exclude that human-caused global warming may have made a small contribution to the lack of rain observed over the last two years, we cannot separate this signal from the generally high natural variability of the region.”